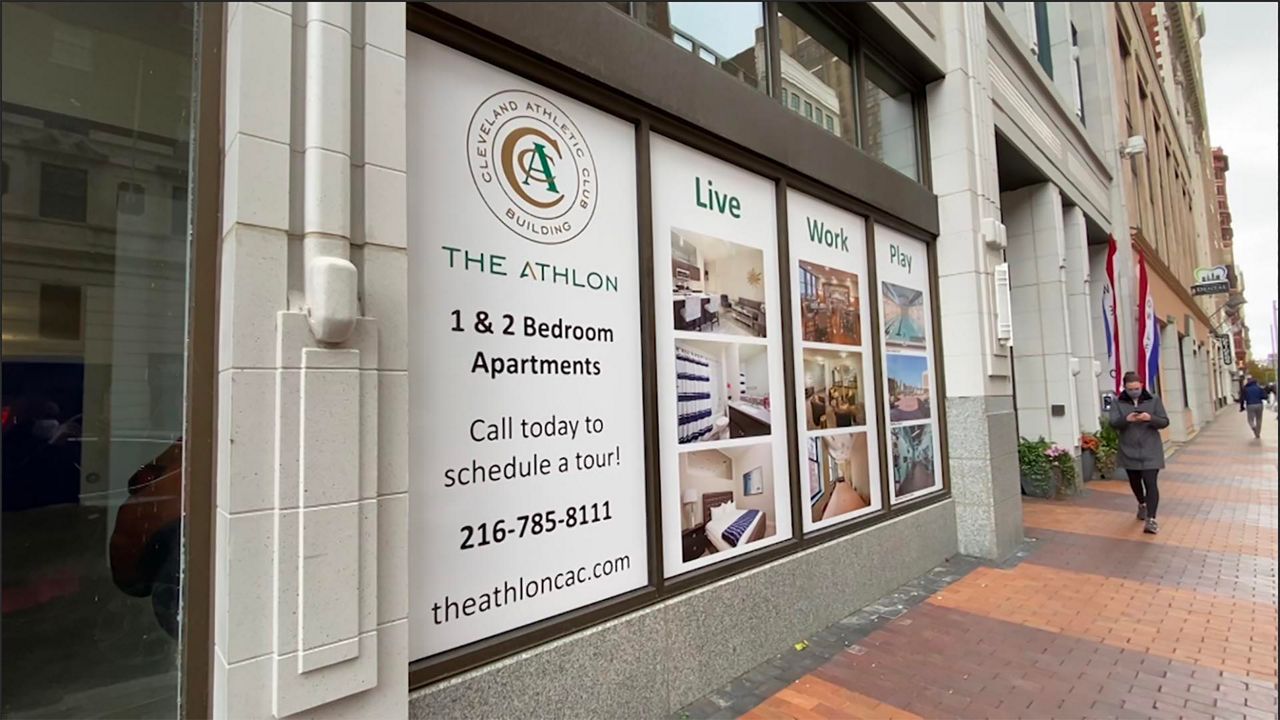 Downtown Living is on the Rise in Cleveland

CLEVELAND — When driving through Downtown Cleveland, many "leasing now" or "available now" signs don the side of buildings.

Kenneth Till moved to Downtown Cleveland two years ago when his job relocated him to Ohio from Michigan. After spending years in the suburbs, it was the big city life he wanted again.

"I really wanted to have the urban experience again," said Till. "I like to be able to walk to work. I like being able to step out the door and go to the various restaurants."

Cameron Scalera, another downtown resident, fell in love with downtown living for the same reasons as Till.

"There was just so much opportunity with its proximity to everything," said Scalera.

Scalera said a big perk is not having to worry too much about parking.

"Being 10 to 15 minutes away from the Flats East Banks where people can come visit me, park at my place and we can just walk over and not have to worry about transportation or the added cost of transportation is super nice," said Scalera.

Joe Marinucci is the president of the Downtown Cleveland Alliance. He said a big reason people are moving Downtown is because of the amenities that comes along with it.

"For example, there are very few downtowns anywhere in America where you can walk to three sports teams, leave work go to a restaurant, and then go to a game and never have to get into your car," said Marinucci.

Marinucci said a lot of the population includes young professionals and millennials, but also empty nesters that want to be closer to the social scene. He said the city is keeping up with the demand for housing as the population grows.

"We're seeing additional new product coming online, and the good news is that product really creates different opportunities on the continuum as far as people's choices. For example, The Lumen and The Beacon are brand new apartment buildings and the amenities within those buildings represent one type of experience. They adapt and reuse product which is represented for example with The May company building that just came online gives you a different feel," said Marinucci.

Scalera enjoys being downtown and even though he is concerned about the rising rental rates, he doesn't plan on leaving yet.

"Especially in the summertime, being able to walk along the waterfront, downtown, through all of the green spaces. And it kind of helps me learn not only the layout of downtown more but also kind of where new places are that I wouldn't necessarily notice while I'm driving," said Scalera.