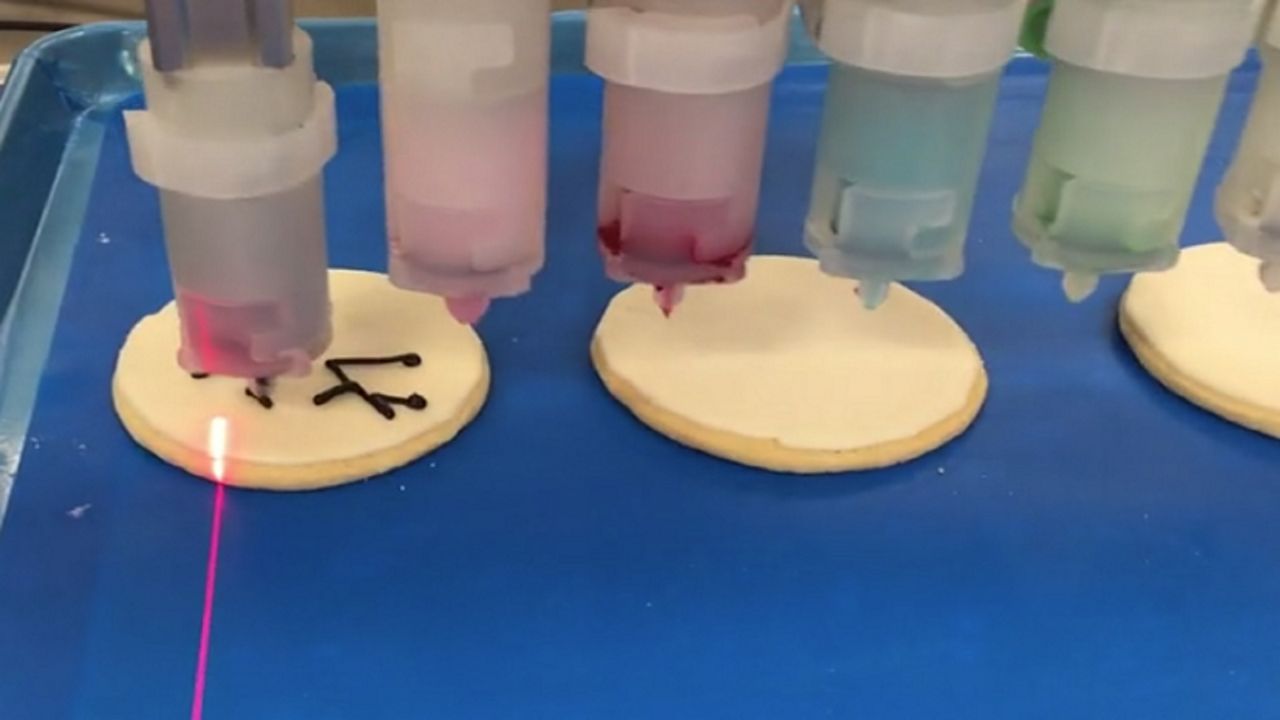 COLUMBUS, Ohio — Four years ago, BeeHex Co-Founder Anjan Contractor was developing 3D food printing technology for a NASA research project in Houston, Texas. But after his phase two funding was cut, he decided to start a company based on the work he had done.

Contractor paired up with serial entrepreneur Ben Feltner, and backed by $1 million dollars in seed funding from Donatos Founder Jim Grote, they created BeeHex, which specializes in printed edible food.

“Dessert decoration is a very intricate job. And almost all the decorators we have met, they have some sort of carpal tunnel or some sort of disease, wrist or hand disease. And it's a dying trade. Not a lot of people want to go into the decorating industry, so we saw an opportunity,” said Contractor.

So their equipment can handle a wide range of volume and designs, even decorate a cake in two minutes.

BeeHex is a finalist in TechOhio's annual Startup Culture Awards.

Contractor says it's very much a team atmosphere among BeeHex's ten employees.

“Their success is my success and that's the foundation of our culture. And whatever it takes to elevate not just everybody's career, but also their personal growth, is also very important to us,” said Contractor.

Management at BeeHex is always looking to pivot to new ventures, like the company did when the pandemic hit, printing PPE in addition to all other projects.

They're offering a Cake Writer machine that allows grocery stores to bring in pre-decorated cakes and cookies from their facilities.

And they're developing an assembly line capable of decorating upwards of ten thousand cookies per hour.

BeeHex has clients across the country, including a contract with the US Army to make personalized nutrition bars.

“It will be the most innovative probably bar production line in the world, and that is super exciting. It will be spring time next year before we have something to showcase. We've met so many entrepreneurs, so much support all around. So, it's really one of the top places in the country for a startup,” said Feltner.

There are currently six finalists and a decision on the winner will be made on the week of November 16.

For more information or to vote, go to the TechOhio website.