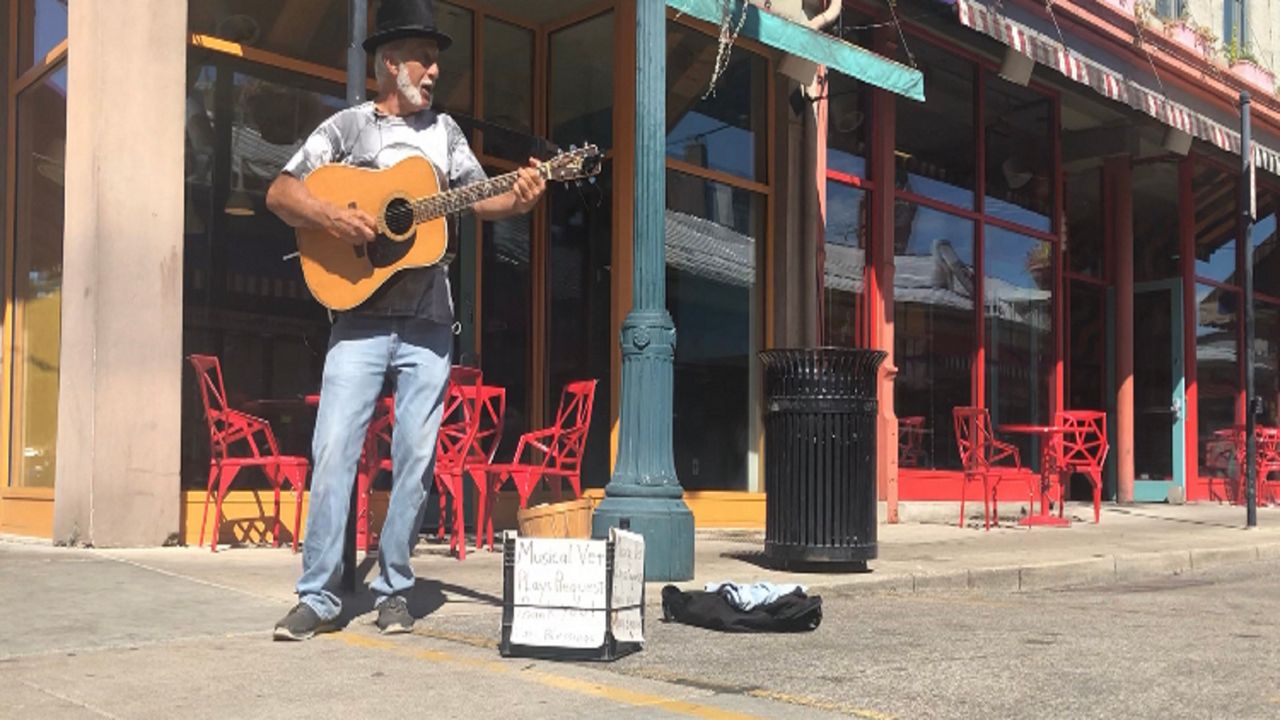 COVID-19 Leaves More Homeless, Advocates Worry it Will Get Worse

CINCINNATI — You can’t help but to stop and listen, maybe even dance, to Mike Jaber.

He was seen playing on the streets in Cincinnati’s Findlay Market, and he wasn’t playing just for fun, but to survive.

“I have a wife who’s bed ridden, and you know, whatever I can bring in, is about all we get,” said Jaber.

He said he’s been homeless before, and now he’s on the edge of losing it all again.

“At my age now, heaven forbid should I ever find myself in that situation again, I don’t know that I’d be able to work my way out from under it,” said Jaber.

And he’s not alone, many finding themselves in the same situation, on the brink of homelessness, after the coronavirus hit.

In fact, Josh Spring, the head of the Greater Cincinnati Homeless Coalition said they’re turning to their shelters for help. The problem is, shelters have to social distance, and they’re full.

"Of the families with children that call seeking shelter on an average day, 90 percent are turned away because there is not room,” said Spring.

Even after some of those COVID-19 restrictions loosened, there’s one, he worries, will put more families in the street. It is temporarily putting some evictions on hold.

“Once Jan. 1 comes, and the CDC order lifts, we have the potential to see here and across the country, levels of eviction beyond what we’ve ever seen before,” said Spring.

It’s the reason he said the coalition is asking for more federal funding to go towards affordable housing, all while Mike Jaber is doing whatever he can to afford his home.