“To be the Cleveland Clinic of addiction services, that is the vision I have for this place,” Whaley said.

But what if I told you true leaders of this program were bystanders at the opening ceremony.

Meet Alex Grothjan and Jill Browder. They’re both Peer Support Specialists at OneFifteen Living. They know what patients will be going through because they’ve been through it themselves. 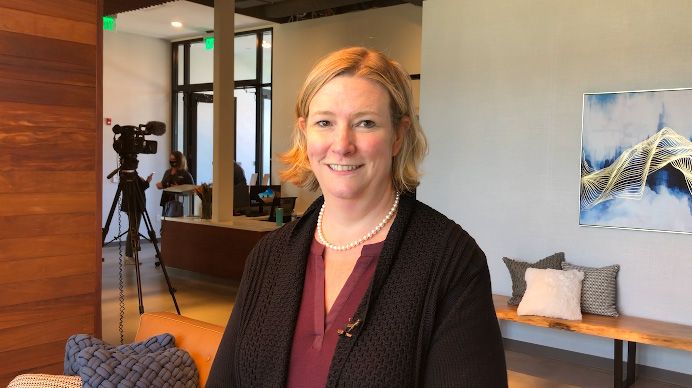 “Six years I was dependent on alcohol, physically and mentally,” Browder said.

“I would say probably about a good solid ten years of in-and-out of treatments and dealing with alcohol and drugs,” Grothjan said.

Alex and Jill both have lived through extremely tough times in their life. Alex is a former sailor in the Navy, whose alcohol abuse led him to using crystal meth. And Jill relied heavily on alcohol and Benzos after the birth of her third child. But to most people she looked completely normal.

“I spent so much time being blacked out that I missed my kids growing up,” she said. “I missed a lot.”

Grothjan wants people to know they aren’t alone, because that’s one of the toughest things about battling addiction.

“It’s really hard because when you’re dealing with a substance that you know is killing you,” he said. “But you don’t know how to get out of that cycle of using.”

Once he recovered Grothjan wanted to give back and show the same support to others that he once received when he was at his lowest point.

“For me it gave me that first little glimmer of hope that I wasn’t alone and that people understood what I was going through,” he said.

Now that she is three years sober, Browder said this new role gives her a chance to make a difference. 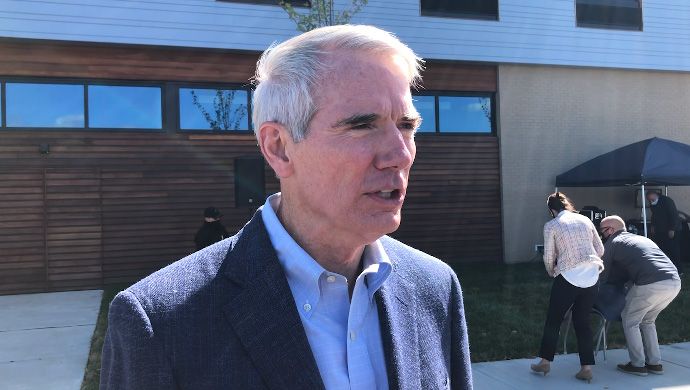 “I knew that everything I been through couldn’t have been for nothing. And I wanted to make it my goal that no one else felt alone.”

OneFifteen Living, which is located in West Dayton, is an expansion of the OneFifteen outpatient treatment center just next door. President and CEO Marti Taylor says OneFifteen has already served more than 1,600 people, but they're just getting started.

“Providing services during a pandemic has been challenging but the number of overdose deaths are on the rise, so we can not slow down,” Taylor said. "We cannot let anything get in our way to the vision that we have, which is to lead a movement that gives people hope for today and gives communities a better tomorrow.”

OneFifteen Living is a 26,300 square foot building with 29 double-occupancy rooms and separate living spaces for men and women, group kitchens, a fitness center, meditation room, and rooms for individual and group therapy.

Both Jill and Alex say they’re excited to get started helping people begin their road to recovery.

“Alcohol and drugs used to be my solution but my solution now is helping others,” Grothjan said. “I just think that’s the point of life.”
“Everyone is worthy, and everyone deserves to have someone on their side during this,” Browder said. “I just say keep fighting.