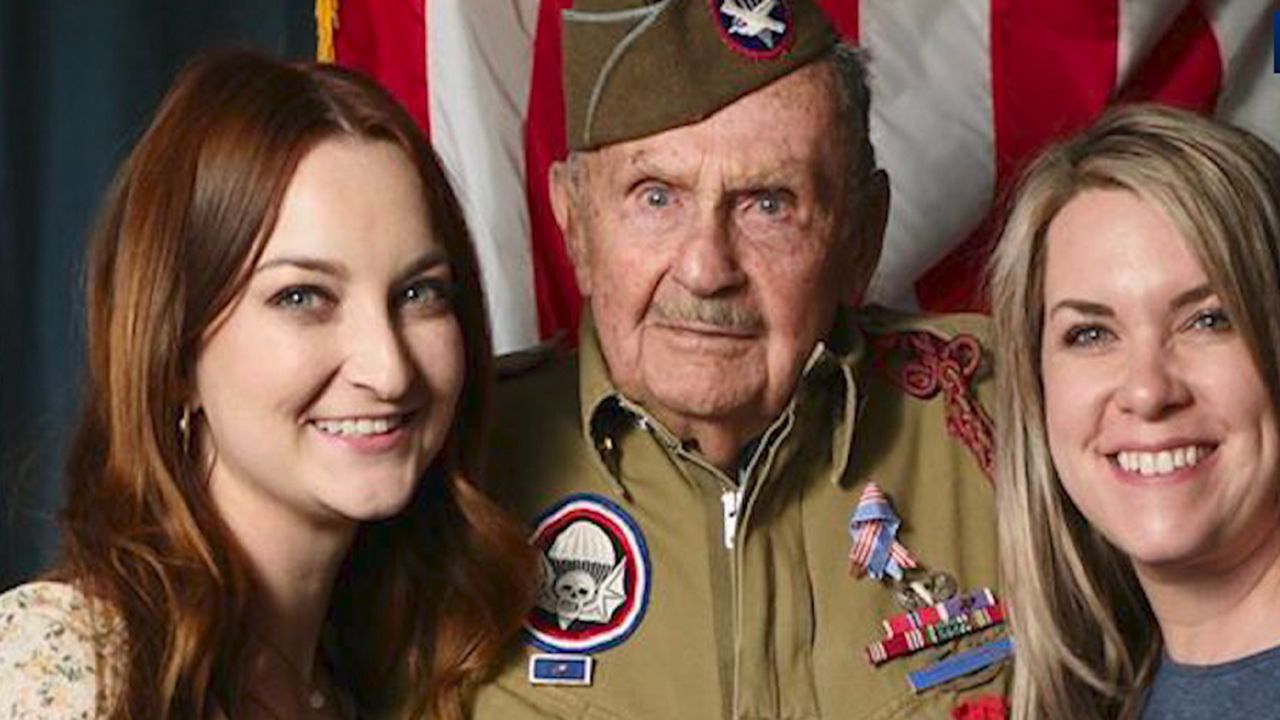 Filmmaker Goes 'Beyond the Call' To Honor WWII Veterans

COLUMBUS, Ohio — Filmmaker Tracie Hunter never knew her grandfather Joseph Hunter — a World War II veteran who served in the Battle of the Bulge and a prisoner of war. Although he passed away in 1986, before she was born, Hunter says there’s always been a strong connection.

“I inherited his camera, his camera from when he was younger, and it was always an inspiration for me. So, I had filmed with two World War II veterans about five years ago and just fell in love with that generation,” said Hunter.

So with her father's blessing, a 33-year Army veteran himself, Hunter and her crew created the nonprofit Beyond the Call.

Richard Lockhart was one of the first veterans she contacted for an interview. He, too, was a Prisoner of War.

“Just was honest and I said, 'I don't know really anything about my grandfather, what he went through. Can I just come and meet you, ask questions and interview you?'" said Hunter.

In the past year and a half, the organization has documented 25 World War II Veterans, many in their mid-90s up to 100 years old and beyond.

Hunter has completed a handful of twenty-minute mini documentaries and earned an Emmy in 2019 for her work on "The Last Signal," a documentary about two World War II veterans reuniting for the first time in 70 years.

Many of the veterans she interviews are willing to tell their story and still show raw emotion about their experiences decades later.

Hunter was one of the featured guests in a panel discussion marking the 75th Anniversary of V-J Day, the day Japan formally surrendered to the allies, marking the end of World War II.

“I knew right exactly where he was. I didn't have any confidence in that carbine at all. So, I took a grenade and pulled the pin and let the handle fly off, and counted one thousand, two thousand, three thousand, and I tossed it up over hedge,” said Sgt. McBride.

Hunter says there's a common theme with those who grew up with this generation as their parents.

“They didn't talk about it. They came home, they started families, they got jobs. It was something that I was able to fill in a lot of blanks, for myself, for my family,” said Hunter.

Hunter says despite COVID-19, she will continue her passion through video chats, but agrees it's a global effort to keep memories and stories alive.

She says if you know of any World War II Veterans, try and spend some valuable time with them. Documenting the experience may change your outlook on life forever—like it did hers.

For more information and to make a donation, please visit the WWII Beyond the Call website.