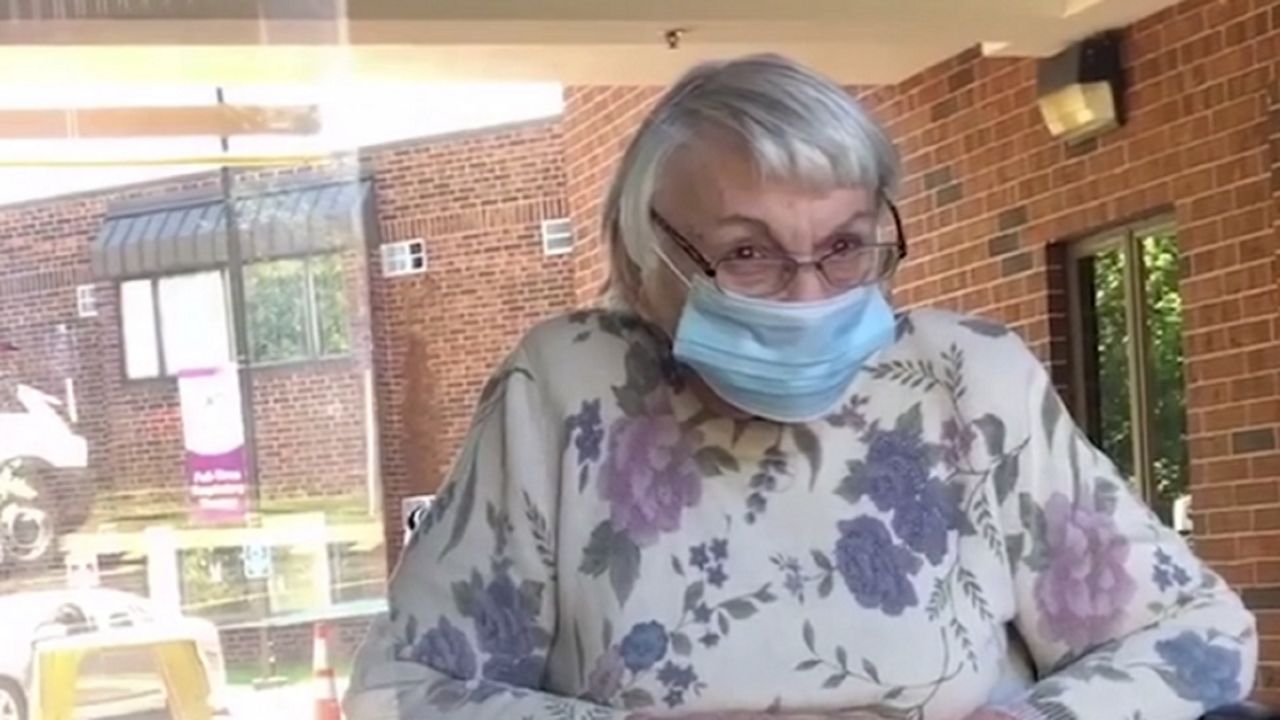 'I'm Not Able To Hold Her Hand and To Explain Why': Daughter Has Bittersweet Reunion With Mother Battling Dementia

COLUMBUS, Ohio — Families are finally reuniting with their loved ones in nursing homes after visits were halted in March due to the pandemic.

Some reunions have been bittersweet, as mental health and memories have deteriorated in people who have diseases like Alzheimer's and dementia.

That's the case with one Northeast Ohio family who we first told you about last month.

A daughter's long-awaited reunion with her mother has been five months in the making, separated by six feet, plexiglass, and masks.

Kim Vah is seeing her mother, Harriet Watson, for the first time since March at her nursing home in Parma, Ohio.

Kim and her sister were given 30 minutes to be divided between them, so Kim had just 15 minutes with her mom — a far cry from the weekly visits they used to have.

“To me, it was hard because I'm not able to hold her hand and to explain why. I was trying to tell her, but I know she probably still wouldn't understand," Kim said.

Unable to hug her, hold her hand, or kiss her on her cheek — no contact at all.

Kim believes the dementia has dug in its heels. She doesn't think her mother recognized either her or her sister.

"The look on her face was just to me, just hurt me, you know, because she, she, like I said, she looked angry," said Kim. "I just thought she didn't know me at all, you could just see it in her face, you can see it in her eyes.”

Kim also says this has been extremely hard on her mother’s brother.

"He felt that as he was seeing mom and he knew that he, if he went to see her, he wouldn't be recognized as well," Kim said.  "And he, you know, that bothers him a lot. He misses her dearly."

While this pandemic has claimed lives, businesses, jobs, and so much more, it’s also claimed precious time for families like Kim’s across the nation as their loved ones' health and memory fade behind nursing home doors in a fight to keep them safe from a virus where they’re the most vulnerable. ​