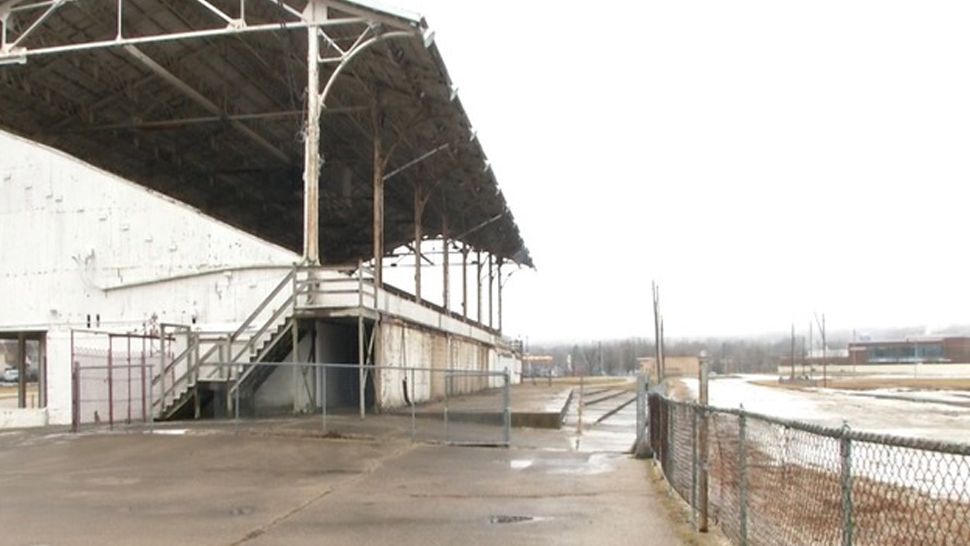 Dayton Is Building An Entire Neighborhood

DAYTON, Ohio – A lot of county fairgrounds across Ohio are similar.

There's usually a handful of barns, a show arena, grandstands, and the familiar dirt oval for harness racing.

The former Montgomery County Fairgrounds is no exception.

Except that in the next month or two, demolition will begin on the two-dozen buildings that occupy the 38 acres of land just south of downtown Dayton.

Two years ago, the University of Dayton and Premier Health partnered to purchase the property when the Montgomery County Fair Board decided to look for a new location. Today, none of the buildings serve any purpose.

Demo crews will start clearing the land that will eventually become a neighborhood. The only building that will remain is the 145-year-old roundhouse.

A post shared by Kevin Lush Photography (@kevinlushphotography) on Feb 7, 2017 at 7:32pm PST

UD and Premier Health created the non-profit organization onMain, an ode to Main Street that borders the east side of the property.

The group will hire a CEO this year, begin design and engineering work, and start to court investors, partners, and developers for the one-of-a-kind project.

But it's less “project” or more city building.

Billed as Dayton's Imagination District it will include housing, workspace, green space, a community area, retail, and just about everything else you might find in a city neighborhood.

What it won't be?

“This is not going to be a university site,” University of Dayton Provost Paul Benson told Spectrum News 1. “We think the university will have some role in some of the early facilities that are built, again, to catalyze development activity. But this will be a neighborhood in the city of Dayton.”

The early catalytic building will be used to spur additional growth. UD and Premier Health envision being anchor tenants in that building.

UD and Premier health each paid about $5.25 million for the property. Various county agencies pitched in another $4.5 million via credits and incentives. Part of the deal included keeping the roundhouse.

Specific amounts are unknown because all of the plans haven't been finalized. UD and Premier Health will spend additional money on infrastructure to get the projected started, but additional partners and investors will be required for the project to succeed.
Still, there is little doubt the transformational project won't. It might take 20 years to complete.

“I can't think of anything, maybe the Arena District in Columbus, that is or was an opportunity like this,” said Buddy LaChange, Premier Health System Vice President for Real Estate Services.

“Certainly in Dayton, Ohio there has never been anything like this where a property of this size, this close proximity, with two such strong institutions that are employment generators. And so close to the western side of the city of Dayton it really is something that can bring this community together.”

Streets will criss-cross the property at some point. The residential component will vary. The types of jobs could be futuristic or for technologies we don't even know about yet.

New construction on the initial catalytic building could start as early as 2021.

This isn't a building remodel.

It's a new neighborhood.