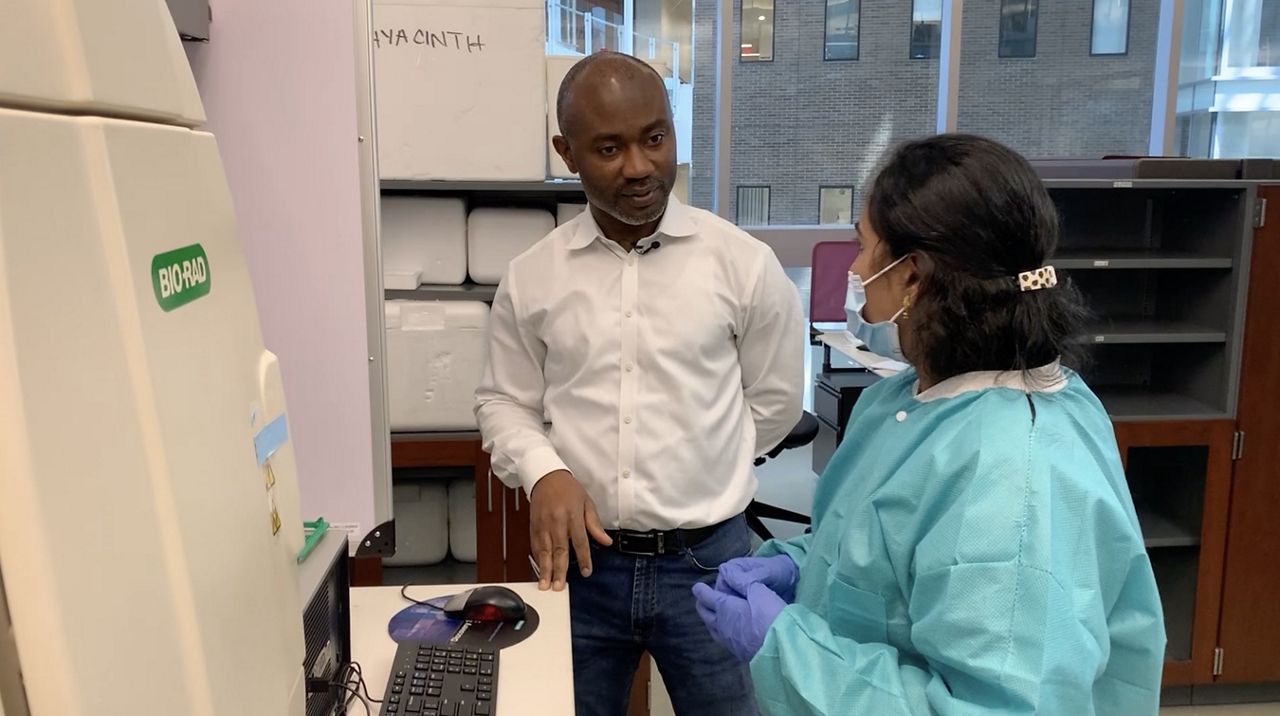 University of Cincinnati Professor of Neurology Dr. Hyacinth I Hyacinth is the lead of a study looking at biological differences and how they contribute to certain diseases. (Camri Nelson/Spectrum News 1)

CINCINNATI — For centuries, researchers tried to find the cure or prevention for Alzheimer’s and dementia, and understand why these diseases are more prevalent in certain populations.

University of Cincinnati Professor of Neurology Dr. Hyacinth I. Hyacinth has always been drawn to researching stroke, cognitive impairment and dementia. That’s because through his research, he’s found these diseases disproportionately affect the African American community more than European ones.

He’s furthering his research as he leads a study looking at biological differences among racial groups and the factors that contribute to higher rates of Alzheimer’s disease and dementia.

“We’re looking at the changes in the brain that we attribute to these vessels,” he said.

Because of this disparity, he said there is no one-size-fits-all approach to preventing the disease. However, he said factors like cerebral small vessel disease is preventable.

This case study is a part of a larger one called the REGARDS Study, also known as the reasons for geographic and racial differences in stroke. Hyacinth will work with between 1,800 to 2,200 patients across the southern part of the country and analyze their MRIs in hopes of learning more about these disparities and how to overcome them. The National Institute on Aging helped fund this study with a $1.5 million grant.

“If we can demonstrate that there is some biology behind these racial disparities and cognitive impairment and dementia, then that becomes a potential target for therapy,” he said.