Snow reports: Here’s why we measure, and how to do it

Measuring snow is as simple as sticking a ruler in the yard, right? Not so fast.

Pick a spot where you’ll always measure the snow. You should pick an open area with little or no drifting. It should also be away from trees and buildings.

Put down a “snow board” (not a snowboard). Any flat, light-colored board that’s about two feet by two feet will work. Mark its location with a flag or stake so you don’t have to remember where it is once snow has covered it. 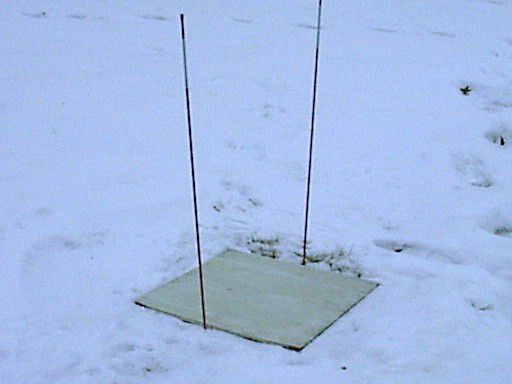 If this isn’t an option, a flat surface such as a deck or picnic table will also work. Remember, though, that you don’t want to measure too close to a building. You also should avoid measuring directly in the grass because that can give a number that’s deeper than reality.

You have your snow board out and it’s finally snowing! Now what?

Put your ruler or yardstick straight down, noting the depth to a tenth of an inch. You can measure as often as you like, but don’t clear the snow board more than once every six hours. 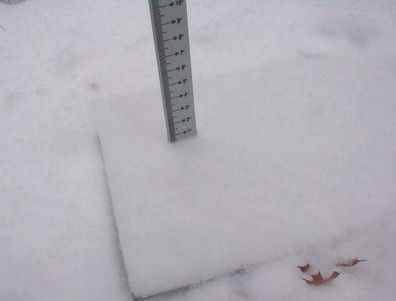 Once the snow ends, take a final measurement from the board. Add up your measurements from each time you cleared your snow board, and that’s your storm total.

If your only way of measuring is out in the yard but you don’t have a snow board or other flat surface, you can still get a pretty good idea of the snowfall. Just measure in a handful of non-drifted spots – four or five will get the job done – and take the average of those measurements.

The average could end up a little high because of measuring in grass, but a close number is better than no number.

What about other ways?

Why can’t we just collect the snow in a rain gauge, melt it, and use the common idea of ten inches of snow equalling one inch of liquid? While that’s an approximation, it doesn’t always work out. Wet snow might give a 5-to-1 ratio, while fluffy snow can exceed 15-to-1.

The snowpack telemetry (SNOTEL) network in the western United States automatically observes snow in more than 800 places in remote, mountainous locations. SNOTEL sites have, among other sensors, a device that measures snow depth by sending a signal down to the ground. The amount of time it takes for the signal to return indicates how deep the snow is.

Satellites are useful for measuring lots of things over the entire planet. Snow depth, however, is a complicated problem partly because of how polar-orbiting satellites move: the farther they are from the poles, the less data they’re sampling. On the other hand, they can pretty easily detect snow cover on clear days and can even tell the difference between snow cover and cloud cover, which is still useful.

You can accurately and precisely measure just about every part of weather that you can think of without a person doing it – rainfall, temperature, wind, and so on. Snowfall isn’t so easy.

That’s why meteorologists need you to go out, measure how much snow you had, and report back. But now, you know how to do it correctly.