There’s a reason why Election Day is on the first Tuesday of November. And it has (just about) everything to do with the weather.

Election Day falls on the first Tuesday of November because it comes after the fall harvest and before winter’s harshest conditions typically move in.

And weather traditionally plays at least a marginal role in determining an election’s winner and loser – though its impact could look quite a bit different in 2020.

Dating back to America’s first elections in the 1700s, weather has played a big role in election turnout. Day-long journeys to polling places are the reason that Election Day falls on a Tuesday, and you can probably imagine the challenges that befuddled voters trudging through horseback on mud-laden roads.

But even with modern conveniences of electricity and cars, lousy weather still plays an outsized part in determining the winners of an election.

And in the modern political era, lousier weather and lower voter turnout typically translates to sunnier results for Republicans.

A Rainy Sky Is (Traditionally) A Republican's Delight

Several studies in the modern political era point to the GOP’s advantage when bad weather goes up and turnout goes down.

Those studies also show that Republicans are typically higher turnout voters, meaning suppressed turnout due to bad weather tends to specifically reduce the number of Democratic or Democratic-leaning voter groups.

Why is that the case? So-called “peripheral voters,” who are less inclined to vote for a variety of reasons, tend to vote Democrat. If rain is a significant inconvenience, such as having to walk in it to a polling place because they don’t have transportation, they’ll skip voting.

The 2007 study The Republicans Should Pray for Rain: Weather, Turnout, and Voting in U.S. Presidential Elections indicated that rain and snow slightly reduced turnout – and benefitted Republicans. 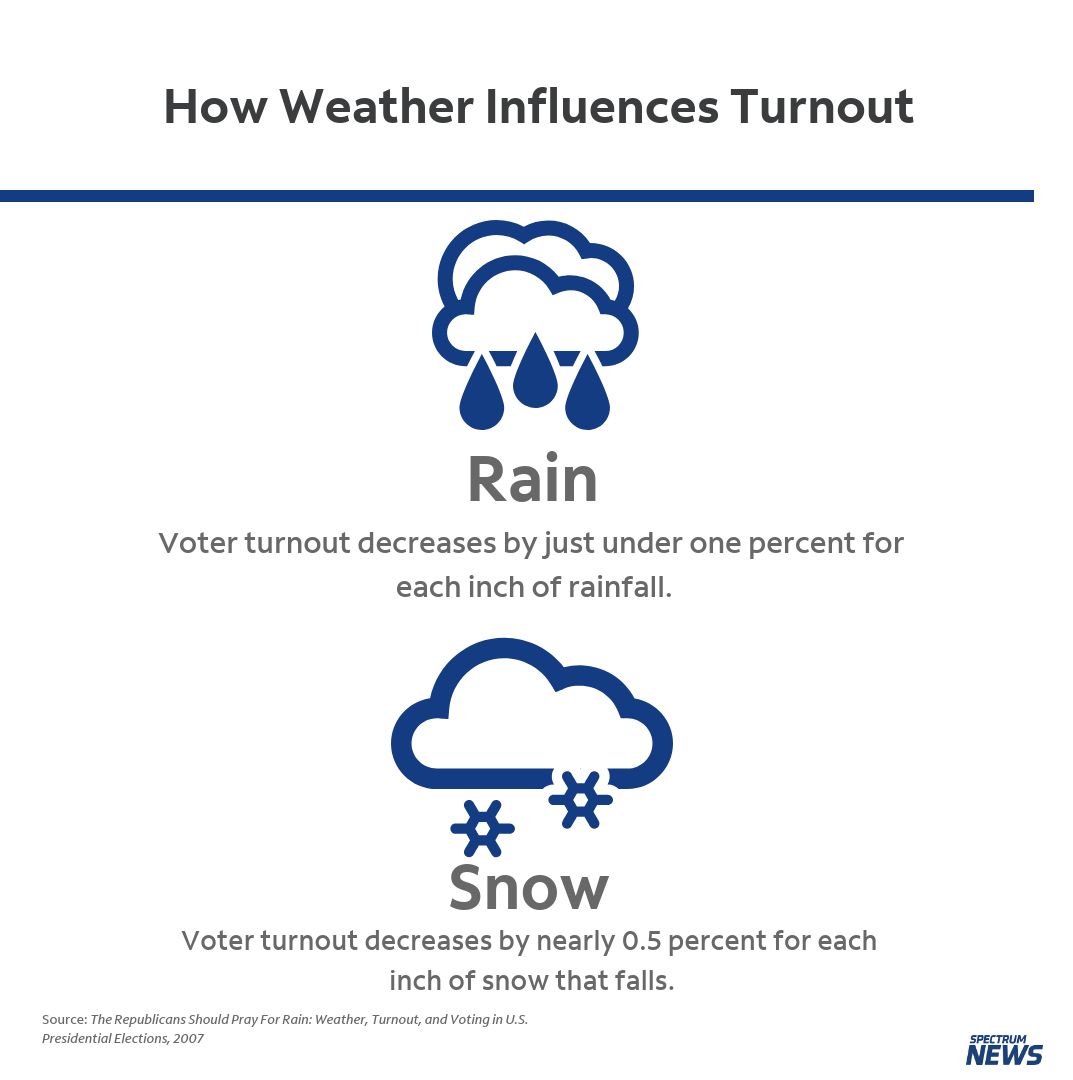 “We find that, when compared to normal conditions, rain significantly reduces voter participation by a rate of just less than 1 percent per inch, while an inch of snowfall decreases turnout by almost 0.5 percent,” said the 2007 study. “Poor weather is also shown to benefit the Republican Party’s vote share."

That study also argued that different weather could have altered the outcomes of the 1960 and 2000 presidential elections.

Rain and snow get most of the attention, but another study that looked at the 2004 election explored other factors. It found that sunshine and mild temperatures lowered turnout overall. In fact, for every 10-degree rise in temperature, voting probability dropped by 0.6 percent.

The study’s author speculates that some people chose to enjoy the weather while they could, rather than use that time to go vote.

But 2020 Is No Ordinary Election

However, in case you’ve been quarantining under a rock, 2020 promises to be a different kind of election in just about every way – and that could also alter weather’s impact on the final result. 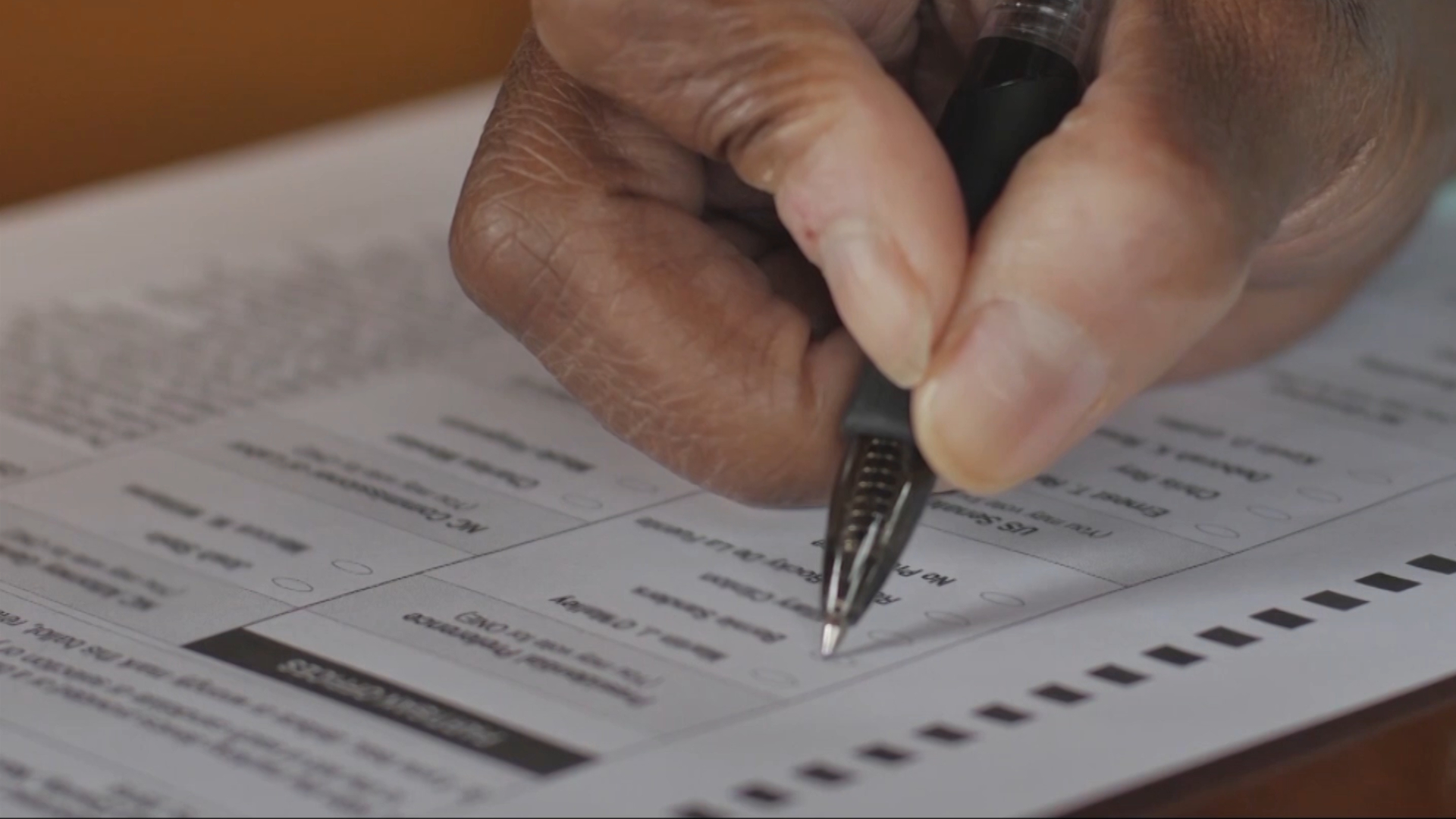 Increased mail-in voting due to the pandemic is likely to significantly reduce the number of Election Day voters. Based on evidence from early absentee requests and polls, Democrats are far likelier to vote by mail than Republicans.

Could that lead to weather playing a different role this fall, since Republicans appear to be far likelier to vote in person on Election Day?

“I suppose if Republicans are more likely to vote in person than Democrats this year, weather would be more likely to affect Republicans,” said Seth Masket, the Director of the Center on American Politics at the University of Denver. “But one of the benefits of the early voting that so many states have enacted is that weather is less of a concern — you can always wait out the storm, unless you’re voting right on Election Day.”

Like so much of this fall’s election, nothing is certain – including the weather. But what might be different this fall is the nature of the role that weather ultimately plays.

Check out this story on how a force of nature turned Alexander Hamilton into a political force.

Check out this story on how a tornado saved our nation's capital during the War of 1812.

Check out this story on whether or not weather killed the ninth president of the U.S.

Check out this story on how a snowstorm in California affected the 1916 election.

Check out this story on how a flood led to Herbert Hoover's ascension to the presidency.