It's humid! Blame it on the corn?

It’s summer, so naturally it is hot and humid outside across the Ohio Valley, but some days it’s unbearable! Well, blame it on the corn!

So far we've had historic heat, especially through the first half of July! Some major cities have had over a week of 90+ degree days. Columbus had 12 consecutive days with a maximum temperature of 90 degrees or higher in late June into July. The last time this happened was back in 1999!

As the Buckeye State baked under the heat dome, temperatures not only pushed over 90 degrees but it felt even hotter with heat index values of 100 degrees or higher. The heat index is also known as the apparent temperature, and is what the temperature feels like to the human body when relative humidity is combined with the air temperature, according the National Oceanic and Atmospheric Administration.

When it feels like 100+, it is because of the humidity which is measured by the dew point. Typically, Ohio has dew points in the 60s which means it feels muggy, but when dew points jump into the 70s that is when conditions can feel oppressive and very uncomfortable.

And on days with high humidity you may walk outside and think you are in Florida! That may seem corny but it is true! That tropical, humid airmass can also occur across the Midwest and the northern Plains with the help of corn. 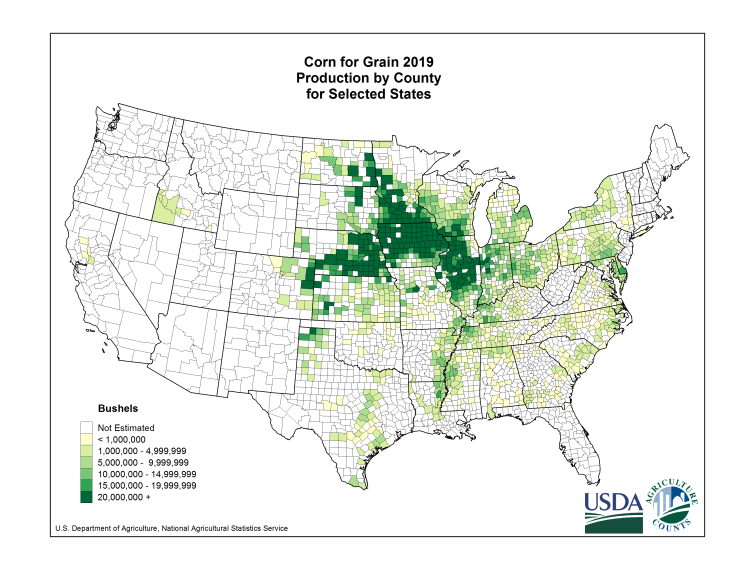 Yes, corn can help contribute to the high humidity through the Corn Belt including in Ohio.

During the summer, we experience our highest temperatures of the year whenever there is a "heat dome," which is a large area of high pressure that parks itself near the east coast of the United States.

The airflow circulating around this high pressure is clockwise, so it can push very warm air from the south and moisture from the Gulf of Mexico far northward. Sometimes the moisture can come from the Atlantic Ocean, too.

The tropical airmass and corn influence can create some uncomfortable days in Ohio. As the corn matures in the fields, it can actually "sweat" and raise the humidity level.

The National Weather Service describes corn transpiration, also known as corn sweat, as moisture given off by the plants through their leaves as they move through the growing season. The transpiration is basically evaporation of water from the plant leaves.

The winds blowing through the fields helps transport this moisture from the corn leaves, allowing the corn to continue the transpiration process. Thus the added moisture released can lead to higher humidity levels, and can increase the heat index temperature in a localized area. This process can easily add 5 to 10 degrees to the dew point! 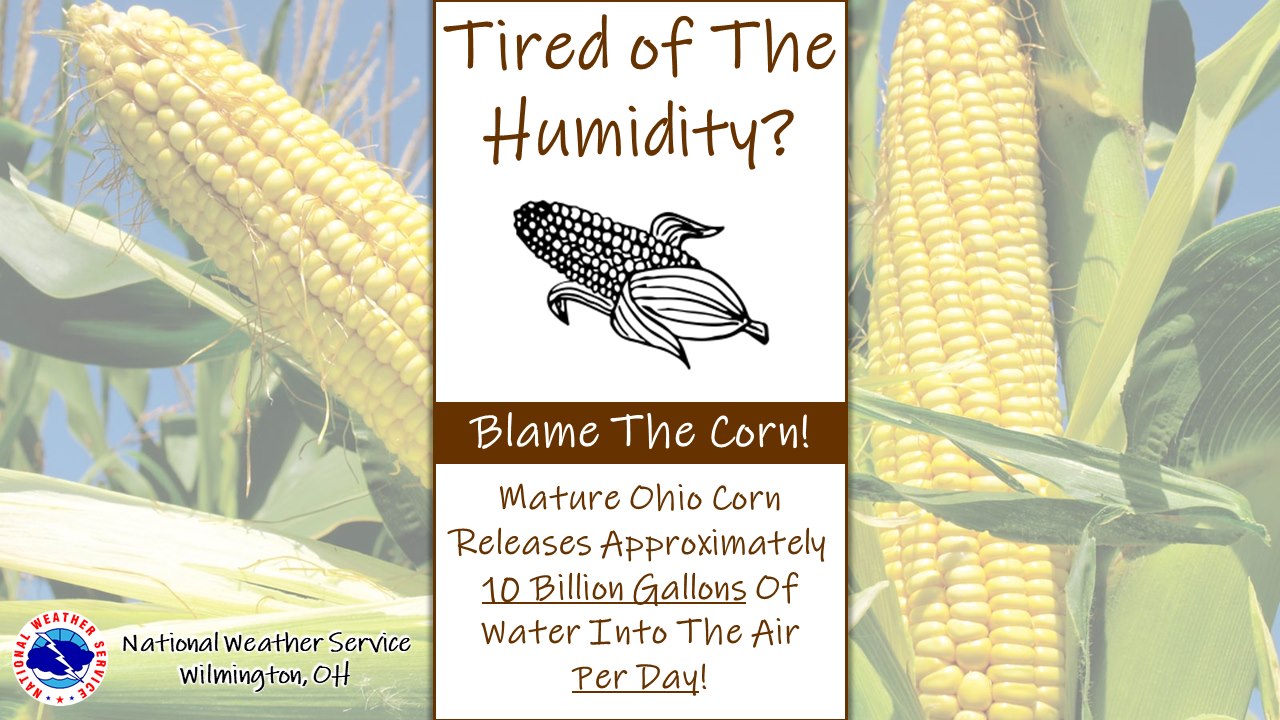 According the National Weather Service in Wilmington, Ohio, mature Ohio corn releases approximately 10 billion gallons of water into the air per day!

So next time you find yourself sweating on a hot summer day, just know the corn is sweating too. And on the bright side - this trend tends to end around mid to late August.