The dog days of summer are upon us!

Such a cliche saying, isn't it? The phrase itself is actually a reference to the fact that during what is typically considered the hottest time of the year (early July through mid-August), the sun occupies the same area of the sky as Sirius, the brightest star visible from any part of Earth. That star is a part of the constellation Canis Major, meaning the "greater dog".

Sirius itself is sometimes called the "dog star". In the summer when this star is in conjunction with the sun, the ancient Romans believed it aided the sun in warming us, and referred to this time as the "dog days".

Of course, all the pup talk brings us to today's topic: your dog and the summer heat.


Every year, we go over the signs of heat stroke and exhaustion in humans, but our pets are just as vulnerable, if not more, since they cannot speak and tell us when they feel like they are overheating.

There are however, signs to look for.

Let's start with the obvious:

Heat exhaustion for dogs, much like humans, can be lethal. And since dogs pant rather than sweat, they can succumb to heat-related illness much quicker than us. It is also very preventable by making sure your dog stays hydrated and cool. A dog's body temperature is normally around 101°-103° anyway, but once 106° is reached, the danger to a dog's health increases exponentially. At 109°, organ failure can occur.

The good news is that it is not difficult to spot the signs of overheating and heat exhaustion in dogs.

First and foremost, excessive panting is an indicator that your dog is hot.

Some other early signs can be subtle, such as your dog being less responsive to commands, less attentive to things around them, or less inclined to even look when you call their name. According to the Humane Society of the United States, other signs of potential heat stroke include glazed eyes, excessive drooling, lethargy and in more serious cases, loss of consciousness.

If the signs listed above of heat exhaustion aren't noticed and dealt with right away, heat stroke may occur.

Heat stroke is far more fatal than exhaustion; 50% is the average survival rate of dogs diagnosed. Signs here include a racing heart, legs that start to collapse or stagger, glassy eyes and a fearful expression, and red or purple gums.

It's also noteworthy that some breeds are more prone to heat exhaustion and stroke than others. Like humans, the very old and the very young are the most susceptible, as are overweight dogs. But brachycephalic breeds—those with short noses and flat faces, such as shih tzus, pugs, boxers, and bulldogs are also at a greater risk, genetically.

What should you do if your best friend is overheated?

At the first sign, take immediate action to cool them down. Moving your dog inside with air conditioning should be top priority. Cool, fresh water should immediately follow.

Remember, just a rise in body temperature of 3 degrees can have serious consequences on your dog's health. If in doubt, take your dog to the vet to ensure they get the immediate help they need if they are indeed suffering from more than just heat exhaustion.

Like so many other health related issues, prevention is key. On these hot days ahead, make sure to walk your dog as early in the day or as late in the day as possible. Change their water frequently, providing cool, fresh refills whenever you can.

Have a spray bottle with cool water nearby too -- they'll enjoy it! 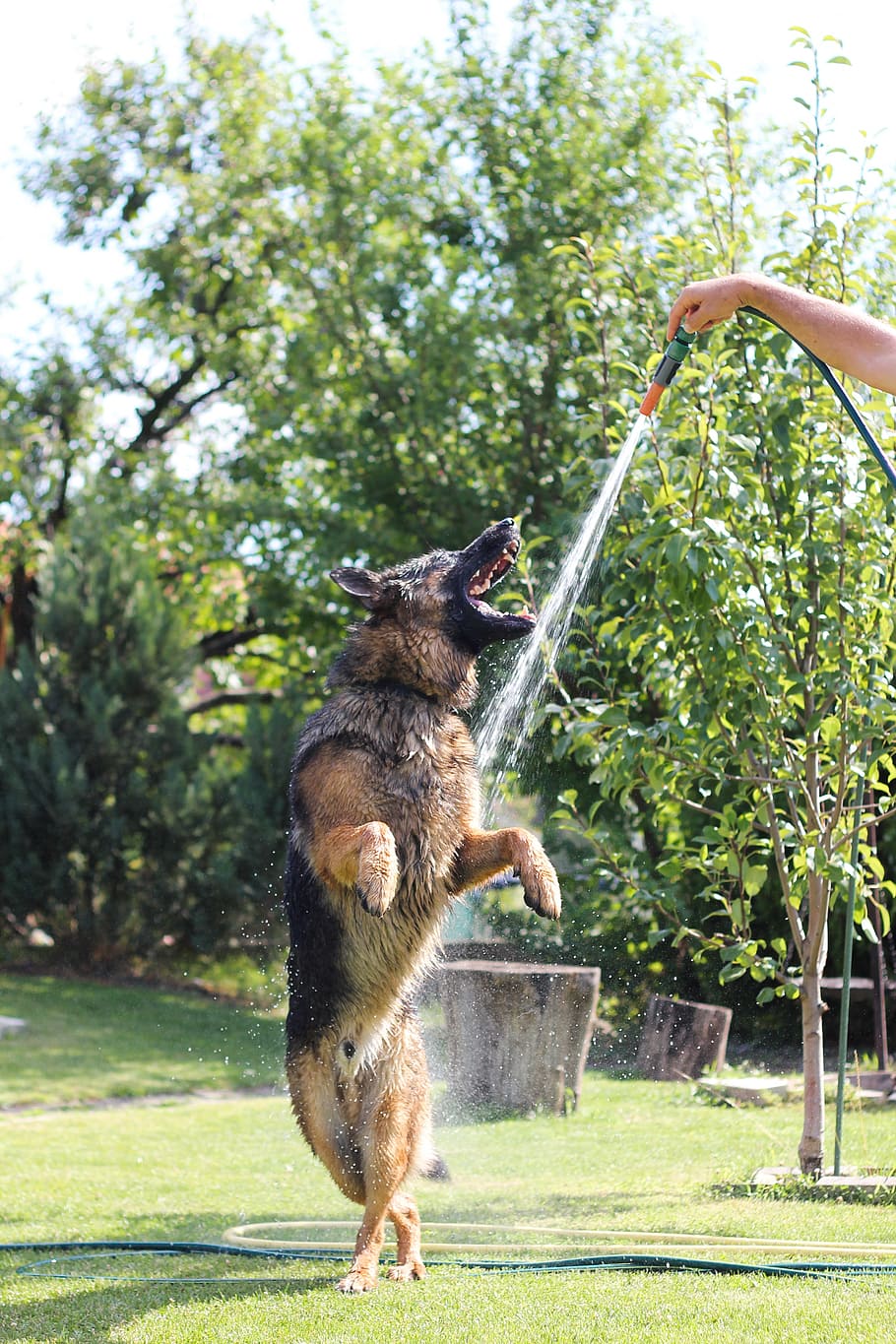 If heat stroke is a concern, immediately move your dog somewhere cool and shaded. Douse them with cool water-soaked towels (not cold) if possible to help lower body temperature, and offer small amounts of cool (again not cold) water. Seek the attention of a vet thereafter.

Never EVER leave your dog in a hot car -- even on a moderately warm day.

Recognizing the earliest signs that your dog is getting hot under his or her's collar is key in keeping them safe in the summer heat. We love playing with our pups when the weather is nice, but taking a few simple steps to make sure they are cool will ensure many more fun summers to come!