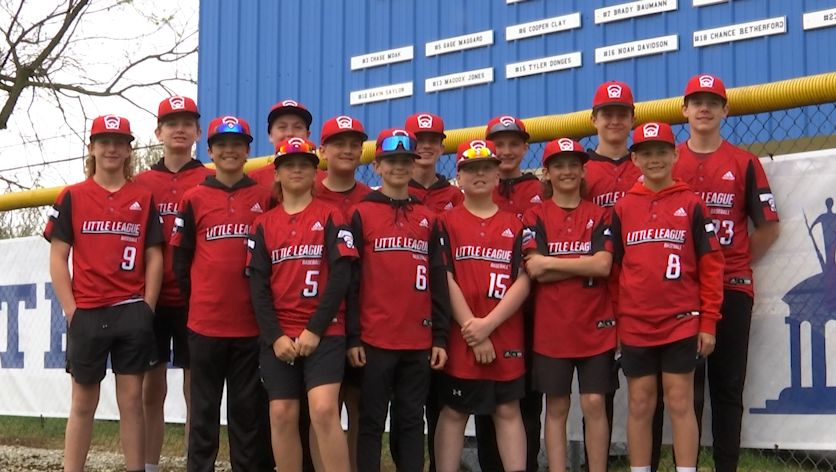 Members of the West Side Little League 2021 Tom Seaver World Series Championship team pose for a picture in front of the new right field wall dedicated to their historic season. (Tino Bovenzi/Spectrum News 1)

“Big hand for the 2021 Tom Seaver Champions,” Reds Hall of Fame Broadcaster Marty Brennaman said while emceeing the celebration. He also introduced each player as they ran on the field, a high honor for any youngster from southwest Ohio.

“It’s really cool to know that will always be there just because of what we did over the summer,” pitcher and first baseman Cooper Oden said.

“It just shows that the whole community had our back during all of this,” pitcher and catcher Noah Davidson said. “Just an amazing experience.

But the unveiling wasn’t the only big thing happening. The team announced the first capital campaign fund in team history.

The Mayor of Hamilton Pat Moeller announced a $300,000 initial commitment that will get the ball rolling on this fundraising effort.

“What I mentioned is going to be used on netting, and the bleachers being more safe, and the like,” Moeller said. “It’s just a smart way to use money to make it a safer and more enjoyable experience.” 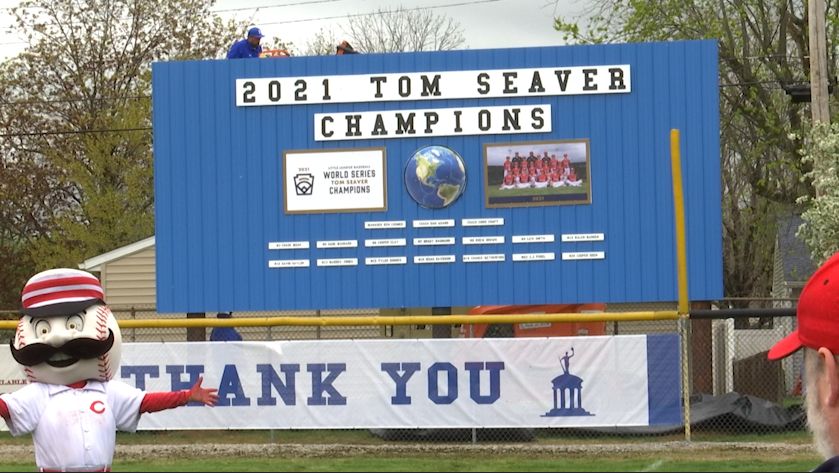 The goal is to raise $1 million that will move the game forward, and ensure future generations can play good quality baseball here in Hamilton.

WSLL is accepting donations for the campaign through the Hamilton Community Foundation.