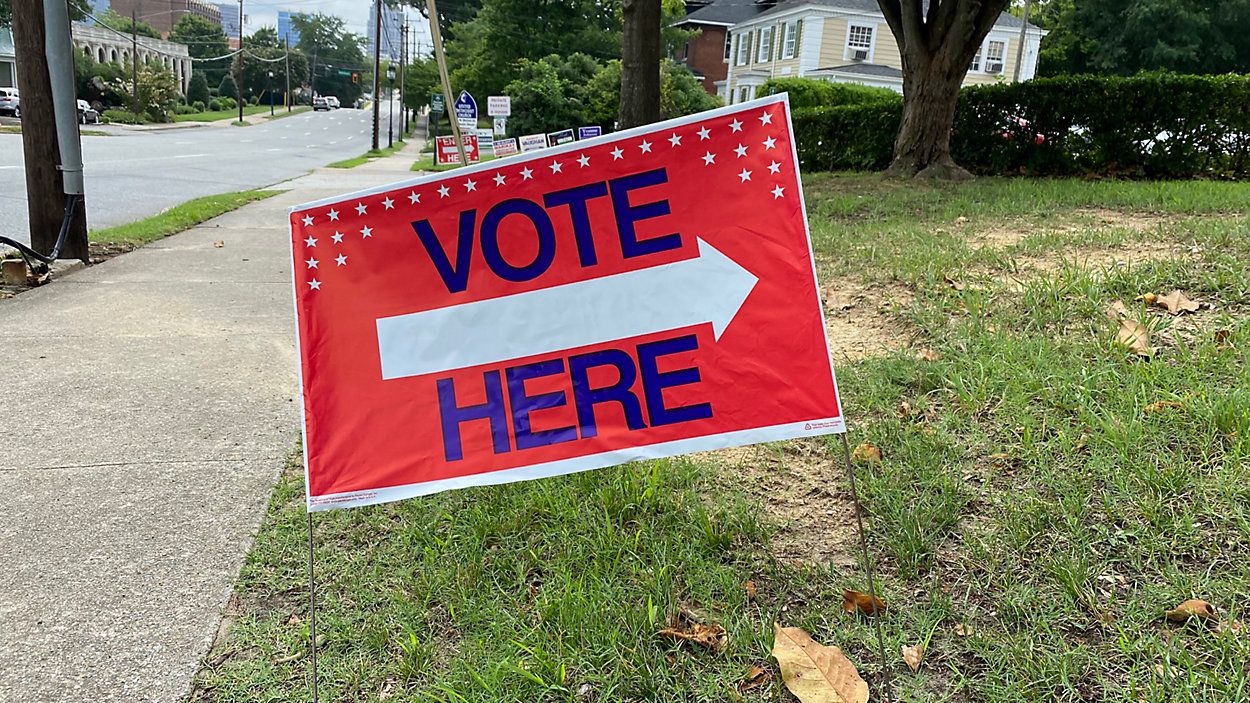 COLUMBUS, Ohio — An exclusive Spectrum News/Siena College Poll shows the economy is the No. 1 issue on voters’ minds as they prepare for the 2022 election, but abortion is proving another strong motivating issue, particularly for women and Democrats.

Among Ohio likely voters, the poll indicates economic issues will be the primary driving factor bringing them to the polls, with 62 percent of voters naming that as their first or second most important issue. The next closest issue was threats to our democracy at 30 percent, immigration at 21 percent, and abortion at 20 percent. 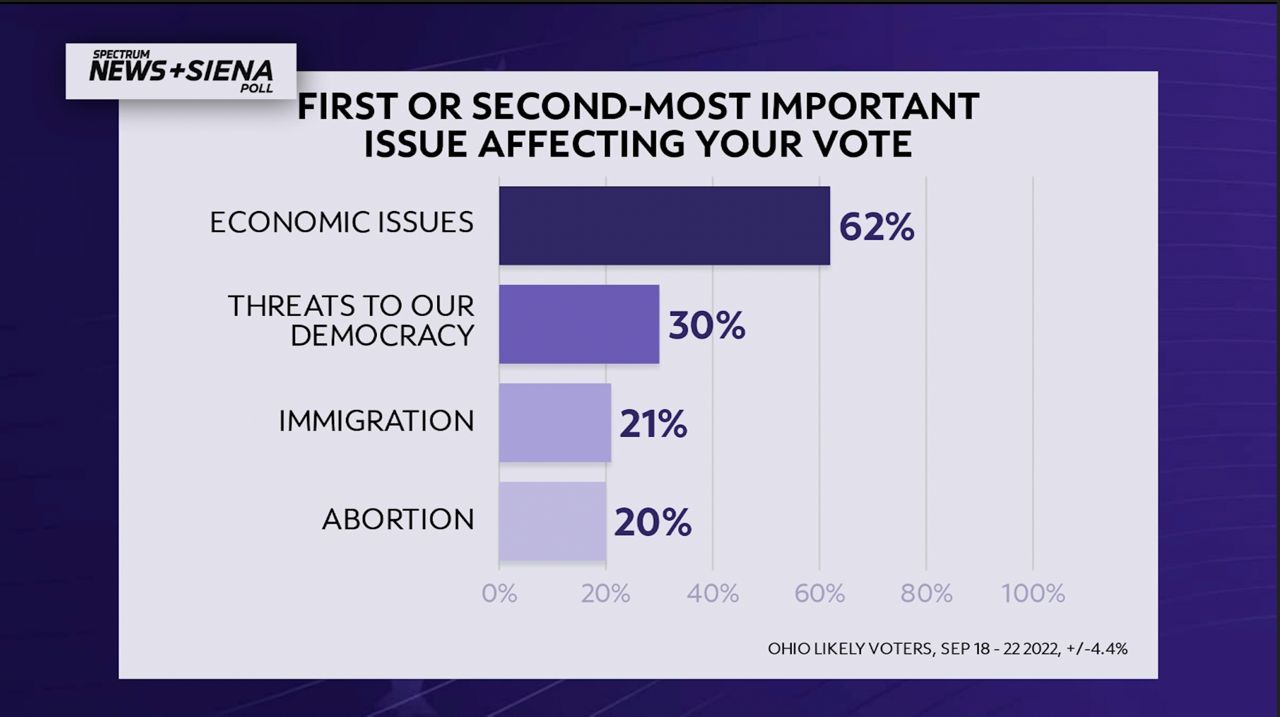 For Crystal Lett, the Ohio program director for Red, Wine and Blue, a left-leaning organization focused on driving suburban women to the polls, the results weren’t a surprise, but she imagines that abortion will play a bigger role than the number indicated.

“There’s still hesitancy among women to talk about these issues,” she said. “But when you get women together and get them talking about it, it’s like, ‘Oh yeah, of course, abortion.' ”

Lett will readily admit it's the No. 1 issue on her mind in the run-up to the midterm and she’s hyper-focused on reminding women throughout Ohio what might be at stake for them and their children should access to what she believes is fundamental health care remains restricted in the state.

“I have a nine-year-old daughter,” she said. “Knowing that she could potentially be in a situation where she would need abortive services and would be denied that opportunity and god forbid she had an ectopic pregnancy and was denied care in time to save her life. All of those things are what suburban women are mulling over.”

Across party lines, the energy around the issue appears to be waning for Republicans. Just 11 percent reported it was their first or second most important issue. Julie Byrne, the chair of the Warren County Republican Party, said that’s because, for Ohioans, it appears to be a done deal.

When the Dobbs decision came down and Attorney General Dave Yost had the state’s heartbeat law go into effect, virtually all abortions in Ohio were banned. And even though the law is paused due to a judicial challenge, Byrne expects the law to remain on the books.

“I think a lot of the democratic process about how abortion should be handled had already been addressed in Ohio and we already had a rule in place for when Dobbs went into effect,” she said. “People already had an opportunity to weigh in on what Ohio’s law should be and that was played out properly within our general assembly.” 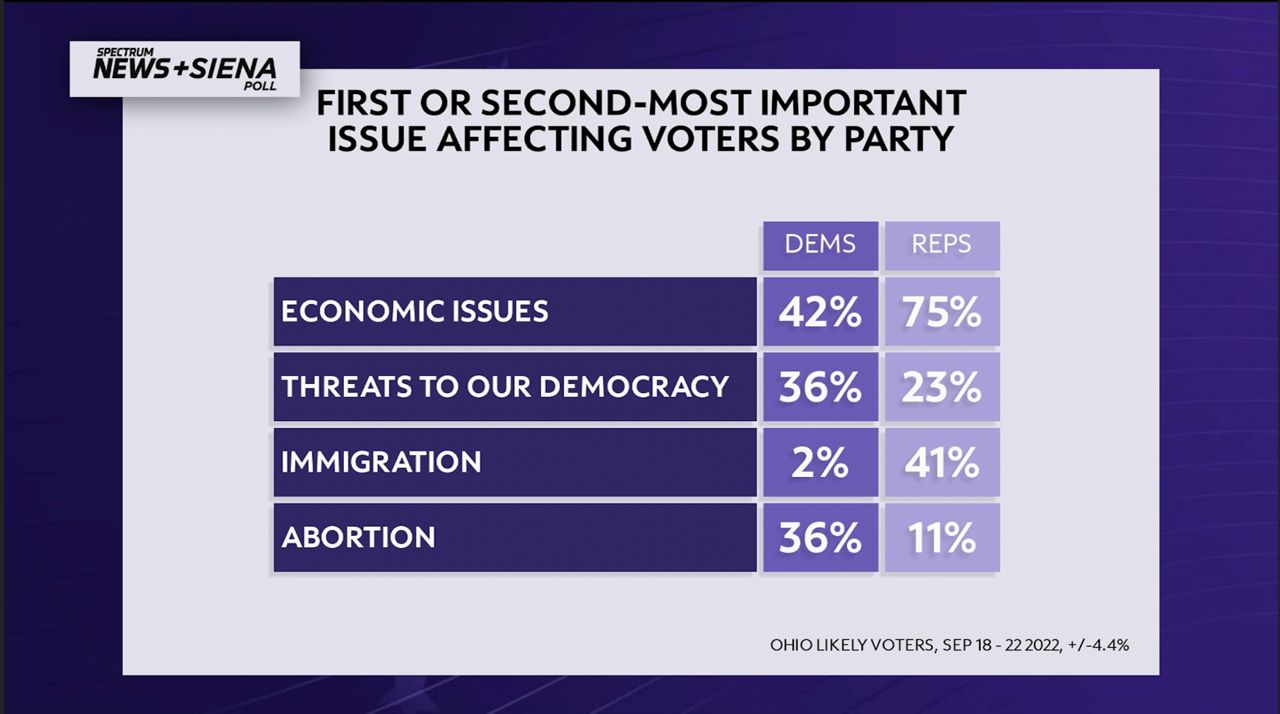 The heartbeat law passed in 2019, more than two years before the Dobbs decision. The Spectrum News/Siena College poll shows that 60 percent of Ohio likely voters oppose the Supreme Court ruling that overturned Roe v. Wade. That number rises to 69 percent when looking at female voters.

Additionally, women voters were more likely to name abortion as one of their top issues, with 29 percent of women compared to 13 percent of men.

“For suburban women, we’re all still feeling that injury of COVID 19 and how much it took out of us and our families and how many people lost income,” Letts said. “Now to have decreased opportunities to control our own bodies is unjustifiable to me. It’s unbelievable.”

Lett believes candidates that make abortion access part of their messaging to voters will have a better chance at turning out women, especially in less-publicized local and statewide races.

“Really the Ohio Supreme Court is the last full stop in stopping some of these terrible abortion laws and these extreme abortion bills that are coming through the state legislature,” she said. 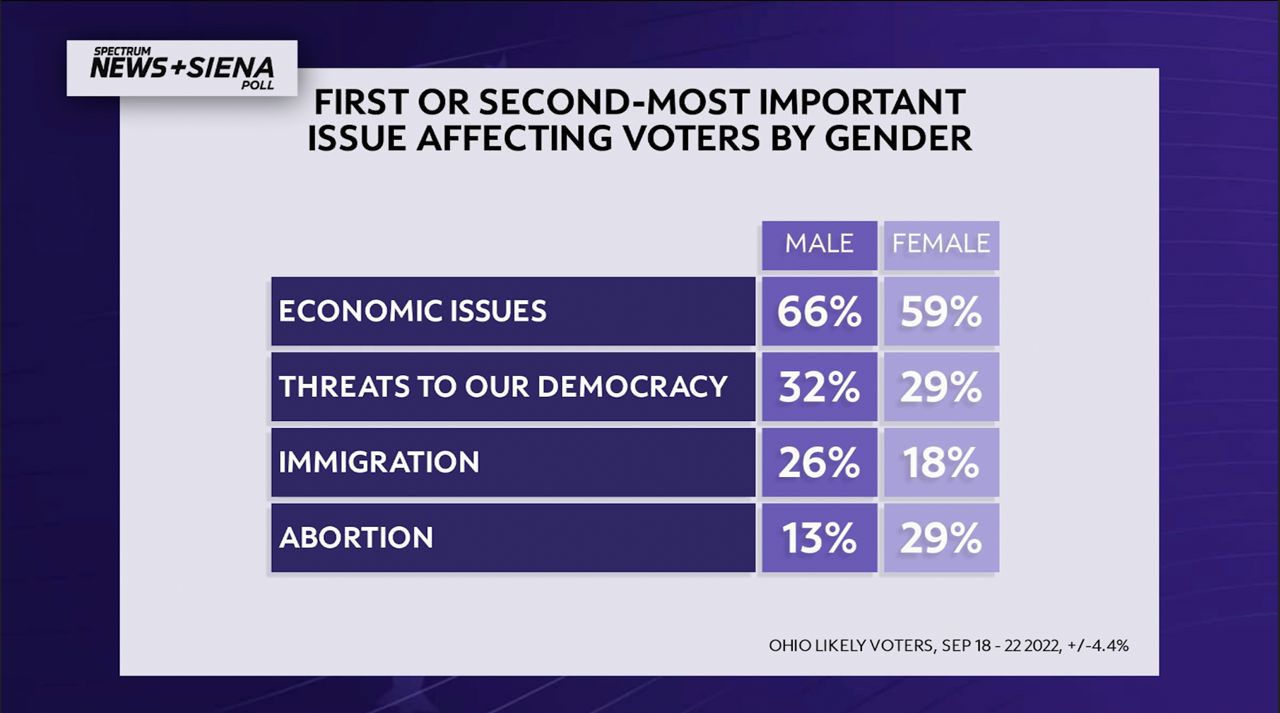 “I mean go out and buy groceries for your family and it’s going to be substantially more expensive this year,” she said.

Additionally, Byrne said Republicans have a winning issue among women when it comes to a parent’s right to have a say about what their kids are learning about in the classroom.

For both parties and genders, threats to our democracy ranked high among issues. Republicans and men had a far greater interest in immigration than Democrats and women.

Editor's Note: A previous version of this article misspelled the name of Crystal Lett. It has been edited to correct the error. (9/29/22)