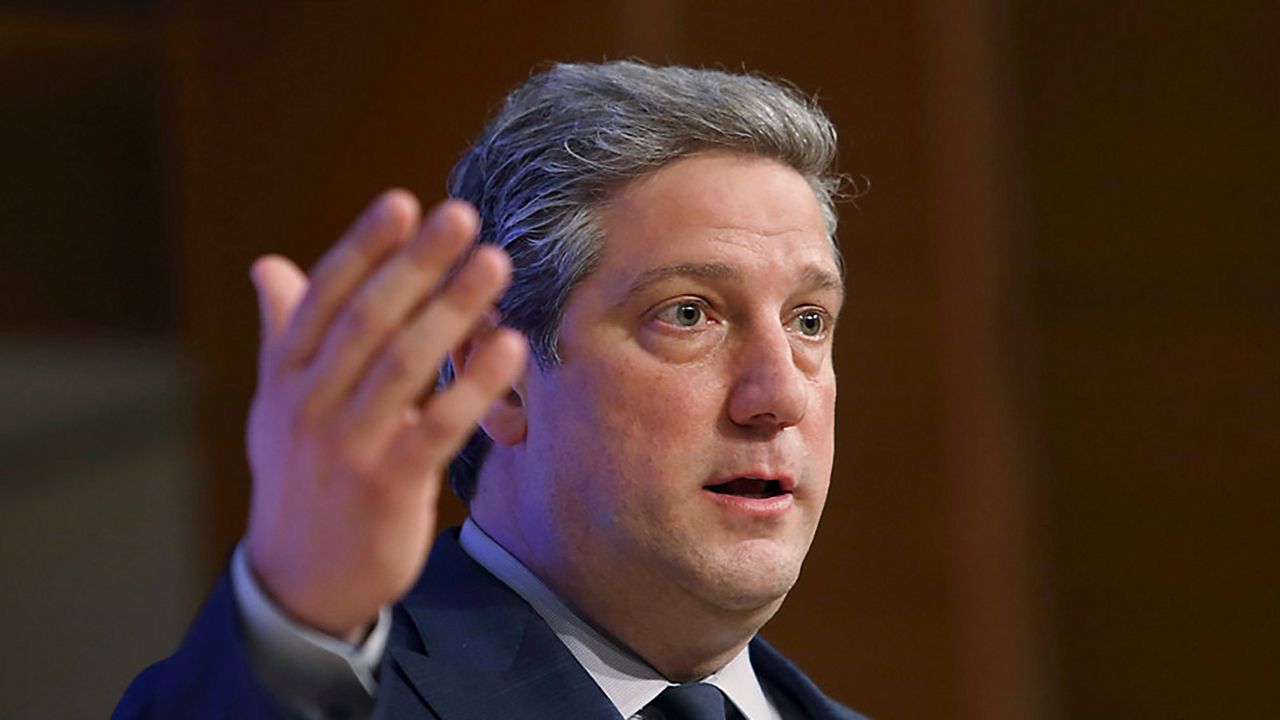 WASHINGTON, D.C. — When the pandemic erupted, the U.S. House of Representatives changed its rules to give lawmakers who must quarantine permission to have a colleague cast votes for them on the House floor.

But a growing list of lawmakers, including Ohio Rep. Tim Ryan, have been using the proxy voting system for a different purpose — to campaign.

Congress is a storied institution that rarely changes how it operates, but when COVID-19 changed the world two years ago, it also changed how members in the House can vote.

It played out on the House floor on Friday.

“As the member designated by Ms. Stevens and Ms. Bustos, Mr. Blumenauer and Mr. Ryan, I inform the House that these members will vote yes on H. Res. 1300,” Rep. Ann Kuster (D-New Hampshire) read on the floor.

The last name she listed was Ryan, a longtime Democratic lawmaker from Northeast Ohio, who was voting by proxy, meaning Kuster could cast his vote while he wasn’t there in-person.

House Speaker Nancy Pelosi created proxy voting in 2020 before vaccines were widely available. But she’s kept extending it, even as life has largely returned to normal.

Ryan has recently been voting by proxy while he campaigns for U.S. Senate back in Ohio, according to records kept by the House Clerk.

Photos posted to Ryan’s campaign Twitter account show him at events in Cleveland, Akron, and Canton earlier this week on days votes were scheduled on Capitol Hill.

Ryan’s office also confirmed he voted remotely on Thursday, July 21, while in Ohio. Later that night, Ryan traveled to Philadelphia for an event with John Fetterman, the Democratic Senate nominee in the Commonwealth, as documented by a photo posted to Gisele Fetterman’s Instagram account.

Even though the proxy letter lawmakers have to submit each time states they can’t vote in-person “due to the ongoing public health emergency,” Ryan told Spectrum News he’s learned it can be useful beyond COVID-19.

“I’m going to continue to use it,” Ryan said in an interview on Thursday outside his Capitol Hill office. “I mean, it’s an opportunity for me to both be in Ohio but yet cast my vote here. All offices have changed their protocols in the last year or two because of the pandemic. Congress, you know surprisingly, has changed a little bit too. And I’m going to continue to use it.”

Voting records from the House Clerk show Ryan has voted by proxy at least 25 days since last September.

The records show 12 of Ohio’s 16 House members, in both parties, have voted remotely at least once, but Ryan tops the list.

He’s also now calling for proxy voting to be made a permanent option for members.

Ryan told Spectrum News he has not talked to House leadership about making proxy voting permanent, but he predicts some version of it will stay in place. Speaker Pelosi’s office did not return a request for comment.

J.D. Vance, the Republican running against Ryan for Senate, criticizes Ryan for voting remotely to campaign.

After Ryan attended a rally in Dayton and events in Toledo and Portage County earlier this month, Vance put out a statement saying, “It’s bad enough that he’s refusing to show up to work, but it’s truly disgraceful that he’s lying to Ohioans about why he’s not showing up for it.”

Still, proxy voting allows members not to miss votes entirely — avoiding what could be even sharper attacks on the campaign trail.

Ryan said he has no shame in using proxy voting the way he is, even though he concedes nothing matches in-person legislating.

“Nothing’s like actually being here, but with the technology today, there’s no reason why we can’t keep using it,” Ryan said.