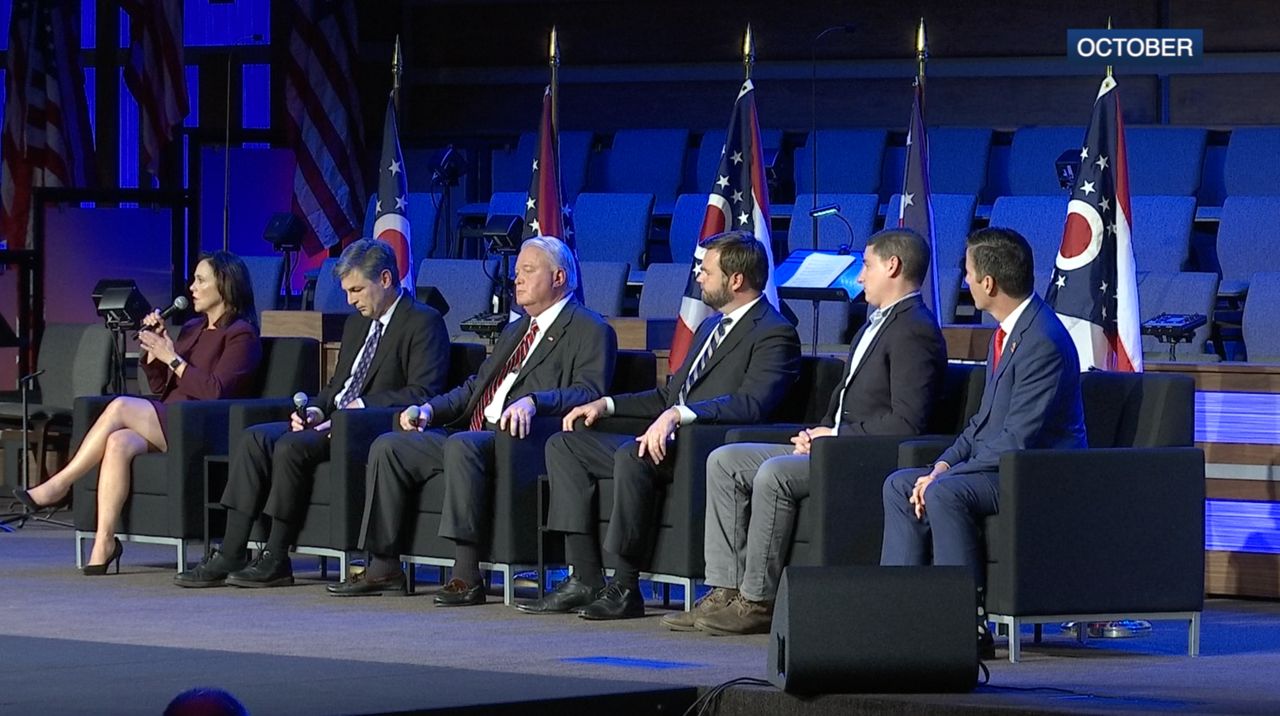 Ohio U.S. Senate race among most expensive in country

WASHINGTON, D.C. — Ohio’s U.S. Senate race is quickly becoming one of the most expensive in the country — to the tune of over $81.5 million and counting.

Candidates had to file their latest fundraising reports on Monday, which paint a picture of just how many millions of dollars are flowing in from supporters, from the candidates themselves, and from outside political groups.

According to paperwork filed with the Federal Election Commission (FEC) on Monday, here is what each candidate raised from supporters in Quarter 4 of 2021 (between October and December):

One of the most striking statistics in this race is the amount of money certain Republican candidates are pouring in from their own bank accounts.

In the fourth quarter, according to FEC filings, four of the Senate hopefuls contributed or loaned enormous sums of money to their campaigns:

Since this Senate race started, here is how much each candidate has self-funded since declaring:

Sarah Bryner of OpenSecrets, a nonpartisan group that follows money in politics, said it’s unique to have multiple millionaire candidates dedicate so much of their own wealth to a political race. But she said a large bank account doesn’t always translate to support from voters.

Another striking data point in this race is how much money is being pumped into TV and radio advertising.

According to Medium Buying, a company based in Columbus that buys and tracks political ads, nearly $24 million has either been spent or reserved for ads in this race so far.

The company’s data shows Gibbons, a Cleveland investment banker, has spent at least $4.7 million on ads so far and has another $5.2 million reserved for between now and Primary Day on May 3.

Dolan, a state senator whose family owns the Cleveland Guardians, also has $5.2 million reserved for ads through the primary, according to Medium Buying.

Several Super PACS — political action committees that can raise unlimited sums of money and support a candidate without directly coordinating with their campaign — are also spending heavily on the race.

Vance, the author of ‘Hillbilly Elegy’ and a venture capitalist, is being backed by a Super PAC called “Protect Ohio Values” that is being funded by tech billionaire Peter Thiel. The group has, so far, spent $2.1 million backing Vance.

“Ohio is often really, really expensive,” Bryner, the researcher with OpenSecrets, said. "You have three major cities, big media markets — all of them. So it's not unheard of for that to be. And it's almost always pretty fairly competitive, for statewide races at least, so I expected to see it up there. But it's a lot for pretty early in the midterm.”

As the race heats up, FEC filings show how much money each candidate entered 2022 with:

The filings also show Ryan, a congressman from northeast Ohio, far ahead of the entire field in terms of money raised by supporters since entering the race: