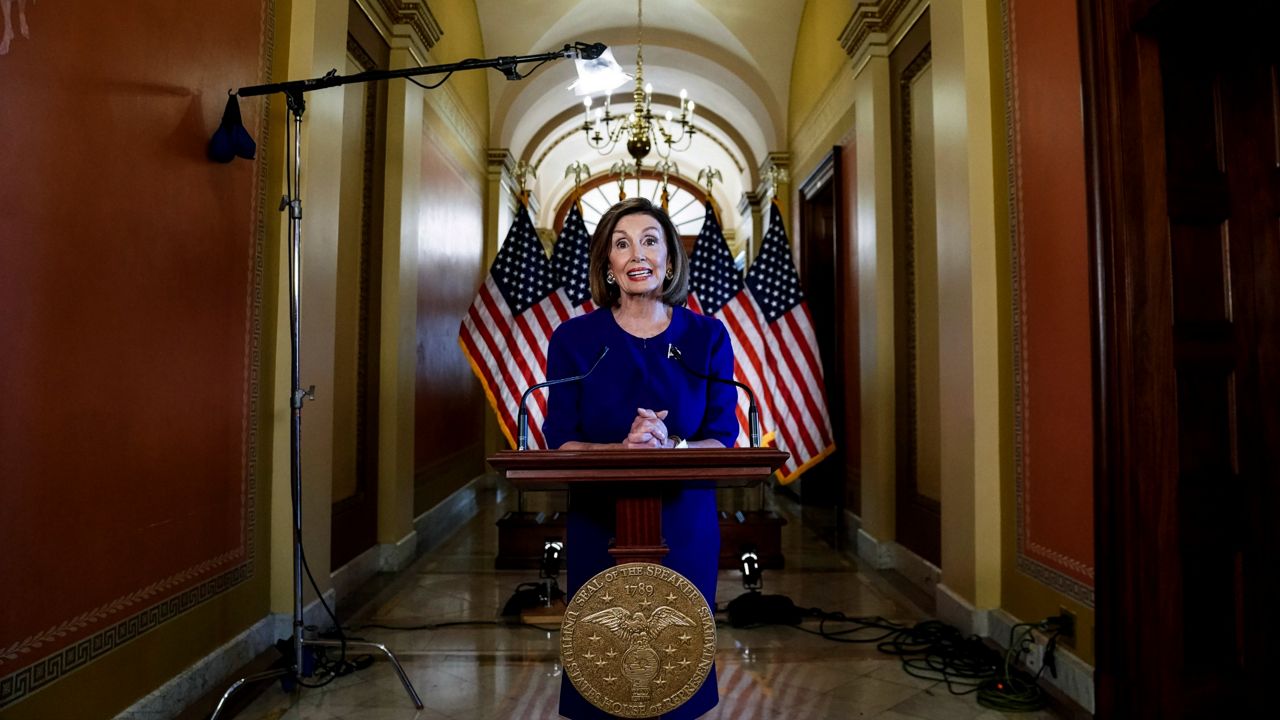 “It’s not like reading a report where others who are in his cabinet or who were on the campaign with him,” said Beatty, who is a close ally of Pelosi. “This is the president of the United States talking to the nation and saying, within 48 hours, very clearly different things. The president has lied and we have witnessed that. And I think we have to take that very seriously for the actions that he’s done.”

Pelosi ally @RepBeatty explains to me why Ukraine story is a different type of impeachment driver.

"This is the president of the United States talking to the nation and saying, within 48 hours, very clearly different things. The president has lied and we have witnessed that." pic.twitter.com/77CsBQUBcL

All four Ohio Democrats in the U.S. House supported an impeachment inquiry before Pelosi’s announcement.

Rep. Tim Ryan (D, 13th Congressional District) released a statement on Tuesday that simply read: “President Trump is a mobster. We must impeach.”

You can read more below about how Ohio House Republicans are responding.

But on the Senate side, Democrat Sherrod Brown was not entirely on the same page.

As several of his Democratic Senate colleagues voiced their support for impeachment on Tuesday, Brown said this when asked by Spectrum News (before Pelosi’s announcement) if the Ukraine story goes far enough for him to support impeachment:

“The Ukraine story is — I want to know more about what actually happened. I’d love to see the language that the whistleblower — we really need the whistleblower report. The whistleblower, again, is a Trump nominee — I know he appoints people to office and then he criticizes them publicly in the most embarrassing way for them when they’re doing their jobs. But I want to see what that report is before I answer that in more detail.”

Brown was then asked if he thinks he can get that information without an impeachment inquiry.

Republican Senator Rob Portman, who is co-founder and co-chair of the Senate Ukraine Caucus, has been largely silent about the topic.

In a statement to Spectrum News, Portman said he did not support impeachment or an impeachment inquiry.

Shortly before President Trump tweeted that he’d be releasing the transcript of his July call with the president of Ukraine, Portman said, “I think the Administration should be as forthcoming as possible. It seems to me the transcript of the call would clear up a lot, but I agree that creates a bad precedent for the confidentiality of future head of state calls. One solution I would support is to release the transcript if the Ukrainians agree.”

On Tuesday afternoon, the Senate agreed unanimously to a resolution calling for the Trump administration to release the full whistleblower complaint that triggered the Ukraine story to the intelligence committees in the House and Senate.

After Pelosi’s announcement, Portman released a second statement: “The American people want us to get things done for them rather than focus on more and more partisan investigations. The Democrats’ impeachment inquiry will distract Congress from the bipartisan legislative work we should be doing to find solutions and deliver results for the American people. My focus will remain on working with my colleagues, on both sides of the aisle, and with the Trump Administration, to strengthen our economy, expand retirement security, pass USMCA to help Ohio farmers, workers, and manufacturers, tackle the opioid crisis, and pursue other priorities for Ohio.”

Back over on the House side, Ohio’s 12 Republicans are a mixed bag of reactions.

Here is every response (7/12) Spectrum News has received: