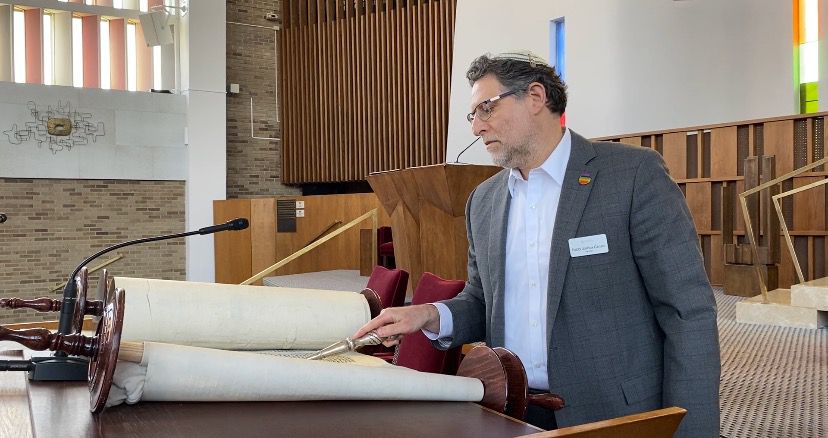 BEACHWOOD, Ohio — As a leader at Anshe Chesed Fairmount Temple, Rabbi Joshua Caruso said he has a responsibility to fight for social justice.


“Our congregation expects us to stand up and to shed light where there is darkness, to build community ties with those who are different from us,” Caruso said.

This includes standing up for his congregants and the greater Jewish community. Caruso said he’s concerned about the rise in antisemitic hate speech.

“We're particularly concerned when they're figures who are well known in our community, people like Kanye West or Kyrie Irving, who are admired for what they do in the world," he said. "But to offer comments that are not given proper context or are uttered in a way that are not responsible towards all people, particularly the Jewish people, is of specific concern."

He is referring to comments made by rapper Kanye West that led to antisemitic demonstrations in California and Florida, as well as a social media post made by Brooklyn Nets player Kyrie Irving that promotes a movie filled with antisemitic tropes.

Caruso said these attacks directly impact the Jewish community and members of his congregation have been on the receiving end of this discrimination.

“One student of ours found a swastika on his dorm room door,” he said.

Caruso mentioned that antisemitism can take many forms. He works alongside interfaith leaders to fight this type of dialogue through an organization called Greater Cleveland Congregations.

“This organization connects with Christians, Muslims, Jews, those of other faiths in a way that works on issues that impact the greater Cleveland area,” Caruso said.

He said he’s received support from this interfaith community amid recent antisemitic attacks..

“I’m lucky enough to have so many colleagues of different faiths in our community who regularly reach out to me when there are disturbing accounts in our community, antisemitic behaviors, shootings, God forbid,” Caruso said.

He said there is beauty in diverse populations working together. He said there are ways that the greater Cleveland community can support their Jewish neighbors.

“When there's spasms of antisemitism in our communities, we want our Jewish friends to stand up and tamp them down," he said. "If they hear them in their own circles, to question that and to confront folks, in a respectful way, about their comments [and] about their actions."

Caruso also encouraged the community to reach out and learn more about the Jewish experience. He gives this advice to those who may face antisemitism.

He said he ultimately wants to protect his people.