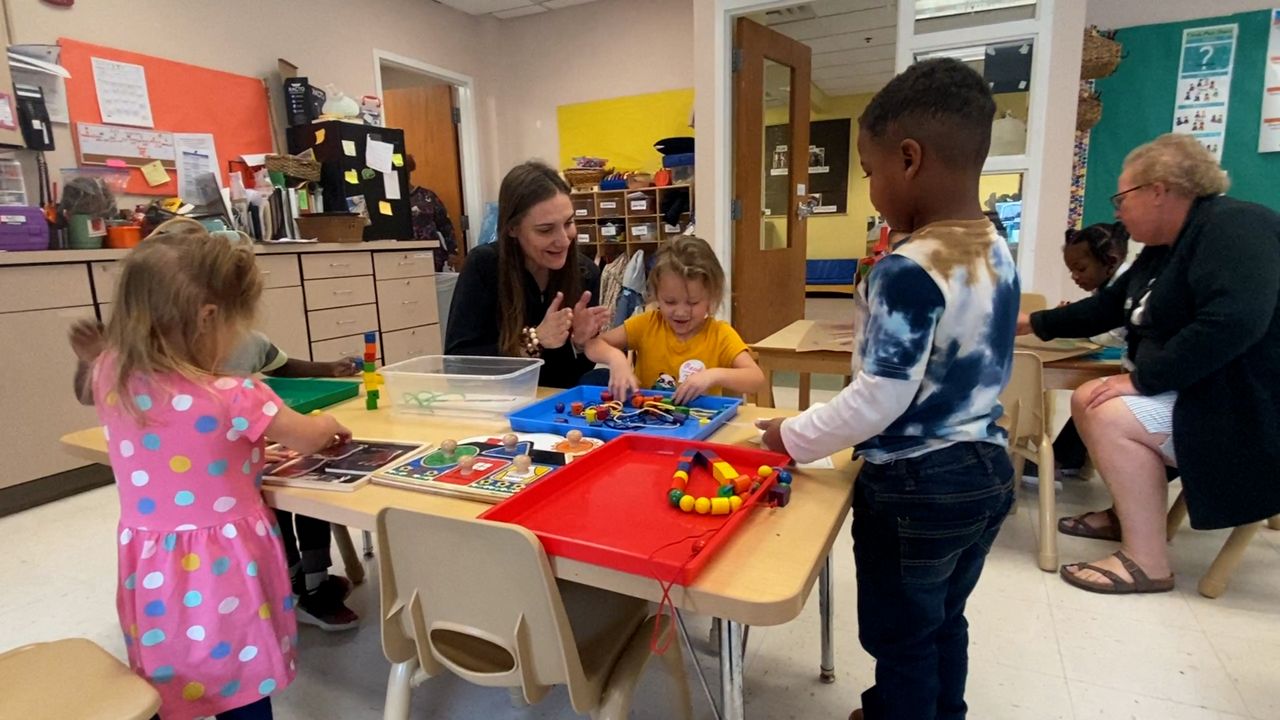 It’s giving many YMCA parents, like Taja Martin, a reason not to worry while they’re at work.


Martin is a young mother of three, and with that comes plenty of challenges.

While in college, Martin was a single parent. She had to juggle her studies while also raising not one, but two children. So, she turned to the YMCA for an extra hand.

"I just needed to have that additional support,” said Martin.

The YMCA soon became everything she could ever ask for. For one, the Y looked after her children in a safe environment while she went to work.

​“It just worked for us, and it really gave me the balance I needed," said Martin.

Her experiences with the Y line up with their mission of keeping children safe, which comes in many forms at the Y child care centers.

"Parents need to be able to trust that when they come to the Y and when they bring their children to the Y, they're going to be safe in our care," said Elissa James, YMCA Vice President of People and Culture.

James explains the Y accomplishes that through policies and procedures.

"​Some of the policies we've been working on… Let's say we have our staff code of conduct," James said. "Families need to know what to expect from a staff person. Staff shouldn't be babysitting program children off-site."

James also points to their procedures on volunteer management and hiring and screening of staff.

“If they're going to be working with kids one-on-one, they need certain training," James said. "They need to know how to report and then those families need to know what to expect from the volunteer coach as well."

The Y has looked hard at those policies for a while now, but James​ said their work is far from over.

“There's still pieces we want to drive forward and keep moving the ball. I think those are the things that keep us up at night if we weren't able to create a safe space for our families," James said.

And so far, the Y's efforts mean a great deal less stress for many parents like Martin.

"I just want to say thank you so much to the YMCA, especially the early learning center,” said Martin. “They've been absolutely phenomenal with all of my children. They will always have a special place in my heart."