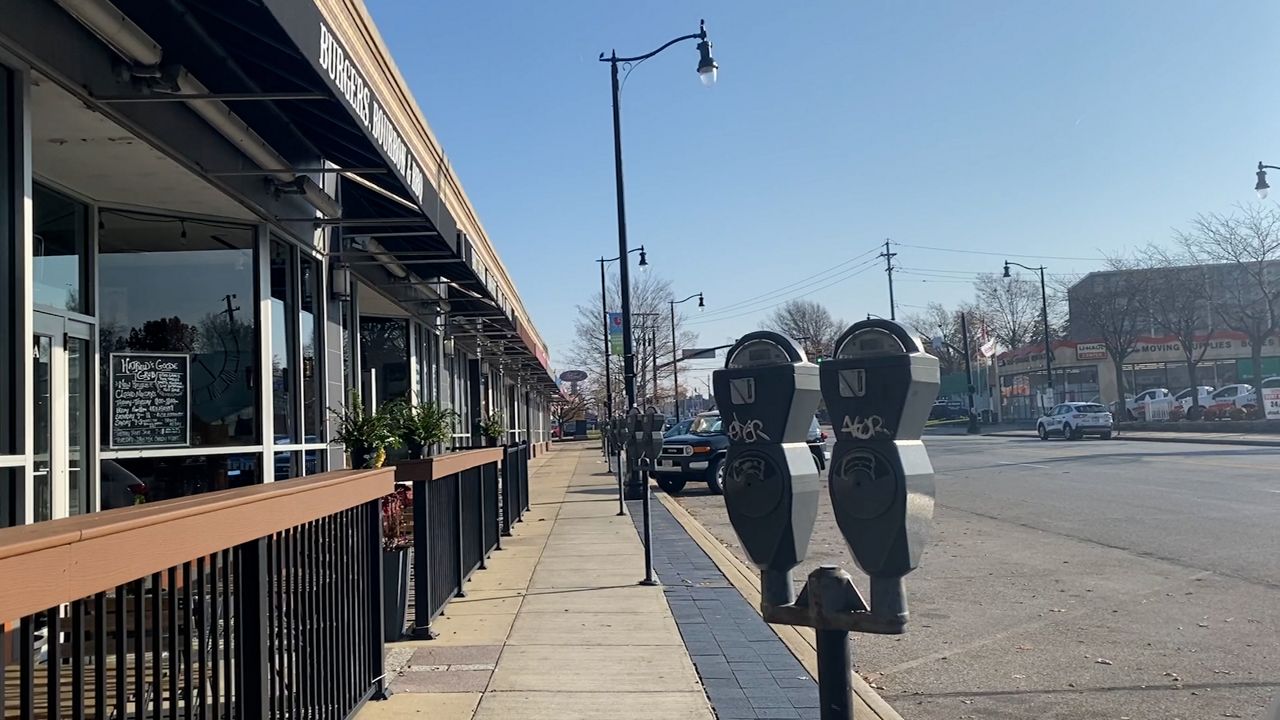 Some of the parking meters outside Hatfield's Goode Grub. (Spectrum News 1/Katie Priefer)

Restaurant owner thinks new parking system will be a boon

CLEVELAND — When Cleveland announced its plan to modernize city parking, similar to what Columbus did last year, at least one small business owner celebrated.


Ken Hatfield, the owner of Hatfield’s Goode Grub, has been waiting for this change for years.

His current restaurant has been in the same location for the last six years; Hatfield said it has become a part of the community.

“We’ve become an integral part of this neighborhood,” he said.

Hatfield has been lobbying for this change, which he feels would be better for his business.

“It’s more of the inconvenience of the old school coin in the meter type thing,” he said.

The meters also made it impossible to expand his outdoor patio as much as he wanted to.

“They were also impeding the amount of space that I needed for my patio," said Hatfield. "So instead of having a nice six-foot wide patio, I’ve got a four-foot wide patio,” he said.

Hatfield hopes that the new parking system will increase his business and the businesses that surround him.

“Convenience makes for easier businesses for all the businesses in this strip,” said Hatfield.

Cleveland plans to implement the new parking system next summer.