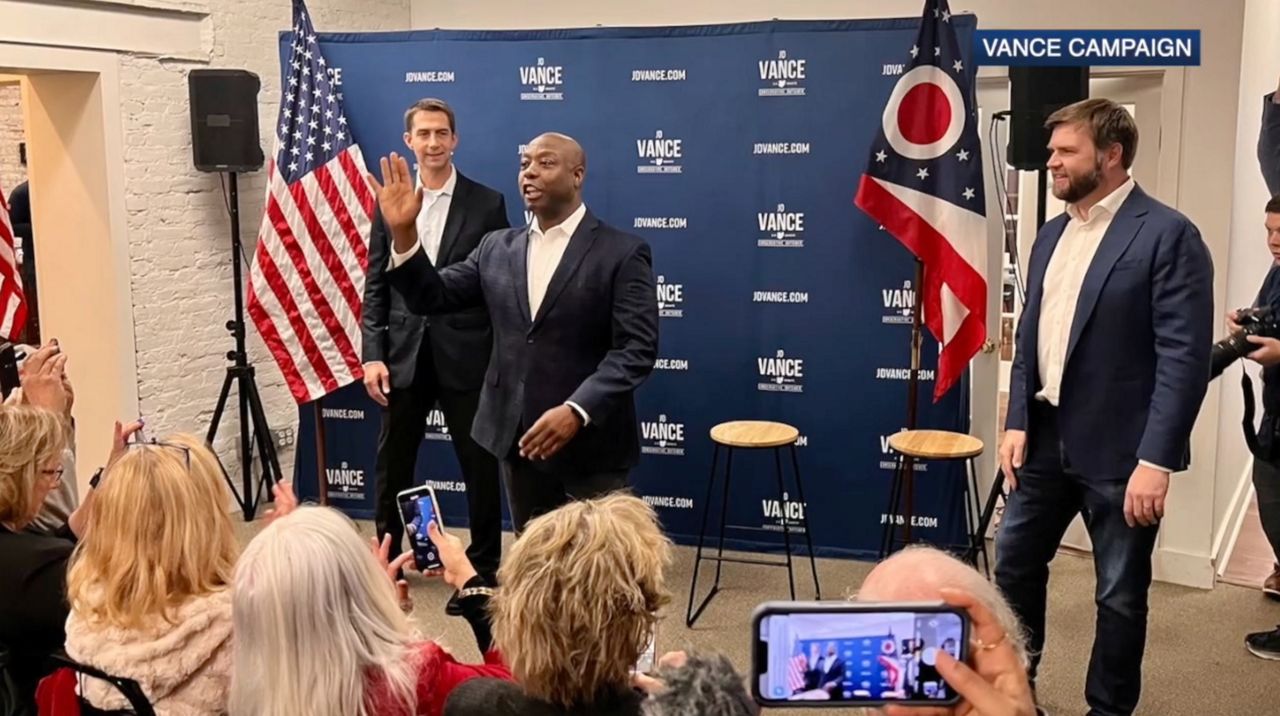 GOP flocks to Ohio Senate race while Democrats stay away

And former President Donald Trump held a rally in Youngstown in September, while his son, Donald Trump Jr., paid a visit earlier this month.

“I’m happy to have support from anybody,” Vance told Spectrum News while on the trail with Trump Jr. “Look, I’ll campaign with anybody who’s going to help us win because the goal is to prevent Tim Ryan from providing another rubber stamp to Joe Biden in Washington, D.C.”

Kyle Kondik, an Ohio native who analyzes elections for the University of Virginia, said each special guest is evidence of the national Republican Party’s interest in Ohio’s Senate race and an acknowledgement that Vance needs to turn out as many GOP voters as possible because the race has stayed competitive.

“I think that earlier in the cycle, it kind of felt like Vance was taking the race for granted a little bit,” Kondik told Spectrum News. “There were complaints that he wasn’t talking to the right people, that he wasn’t out there enough. I think he’s certainly picked up the pace since then.”

A political action committee aligned with Senate Minority Leader Mitch McConnell is pumping $30 million into the race to help Vance. In addition, a separate group backed by Trump has started investing in the race too.

“I’m running as an American. I think people are fed up with—‘you’ve got to be all in with the blue or all in with the red,’” Ryan told Spectrum News at a recent campaign stop in Columbus.

In recent years, Ohio has been trending Republican. Trump won it twice by eight points and Sen. Sherrod Brown is the only Democrat to win statewide in the last decade.

Because of that, Ryan downplays his Democratic label and casts himself as a moderate who is willing to buck his party.

He’s crisscrossing the state solo in his campaign bus and repeatedly says he does not want President Joe Biden to come campaign for him—all in the hope of peeling away some independent and Republican voters.

University of Akron political scientist Cherie Strachan said it makes sense because Ohio has tilted toward the GOP.

“So I think that’s probably a smart move for Ryan to play up that people know him personally and trust him personally, rather than turning to partisanship as a cue,” she told Spectrum News.

On Thursday, West Virginia Sen. Joe Manchin—the Senate’s most conservative Democrat—appeared at a fundraiser for Ryan.

But that’s pretty much it. Ryan has instead campaigned with singer Paul Simon and will appear with Dave Matthews Band next week at a free concert to encourage people to vote.

Ryan and his campaign have become more vocal in recent weeks in criticizing the national Democratic Party for not investing money into his race. Republican groups are currently spending five times as much to help Vance, while Democratic groups focus on Senate races in Wisconsin and North Carolina.

Ryan told the Washington Post this week, “National Democrats have been known not to make very good strategic decisions over the years.”

On Thursday morning, Ryan’s campaign manager tweeted the article and said, “Team Ryan continues to handle business on our own.”

Ohio Northern University political scientist Robert Alexander said national Democrats may face scrutiny for investing so little into Ryan, if he comes close to beating Vance with control of the Senate at stake.

“If the Democrats don’t put enough action into Ohio, and Ryan loses, you know, by a percentage point, absolutely Democrats across the country will go nuts,” Alexander told Spectrum News.