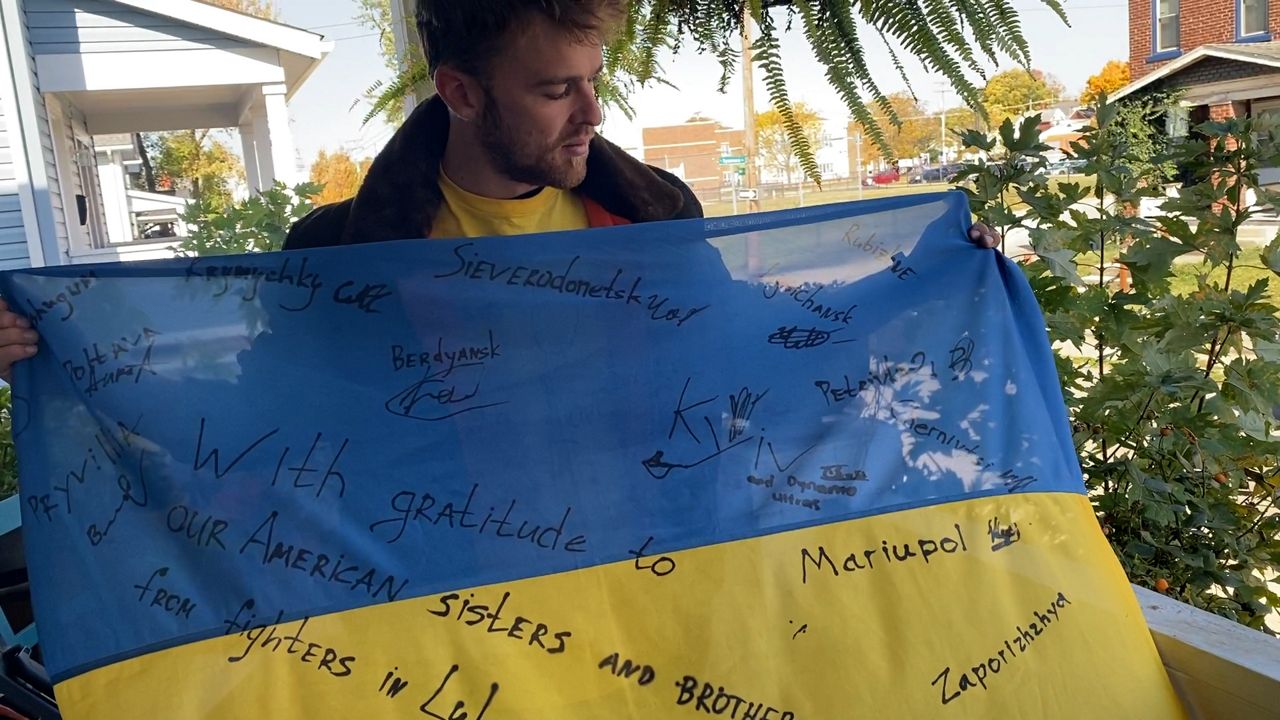 COLUMBUS — Brett Hill is making a name for himself.  Hill, who also goes by Brother Hill, has performed on many different stages; but lately his mind is often on his Ukrainian friends a world away.

Once war on Ukraine broke out, touring around the world took on a whole new meaning for Hill and fellow musician Benya Stewart.

They decided to use their platform as a fundraiser for Ukrainians weeks after the invasion.

"Having traveled there and making so many close, personal friends over the years who are now at war across Ukraine, it seemed only right that we should use this platform of cultural solidarity,” said Hill.

So, the folk musicians joined forces for the "From Ohio with Love" campaign.

They began raising funds through benefit concerts for emergency medical gear and for children in an orphanage in Kyiv, and the donations started pouring in.

The duo has raised $66,000 altogether, including $26,000 in the latest round earmarked for tourniquets and advanced bleeding control kits they're delivering to the frontlines in Ukraine.

"Everything we've purchased in these kits is enough to save a life or a loss in the battle field," said Hill.

This is their fourth round of supplies, but this time, they're delivering them personally.

The duo will be on their way to Ukraine Monday and plan to head to east of Kyiv to drop off the supplies.