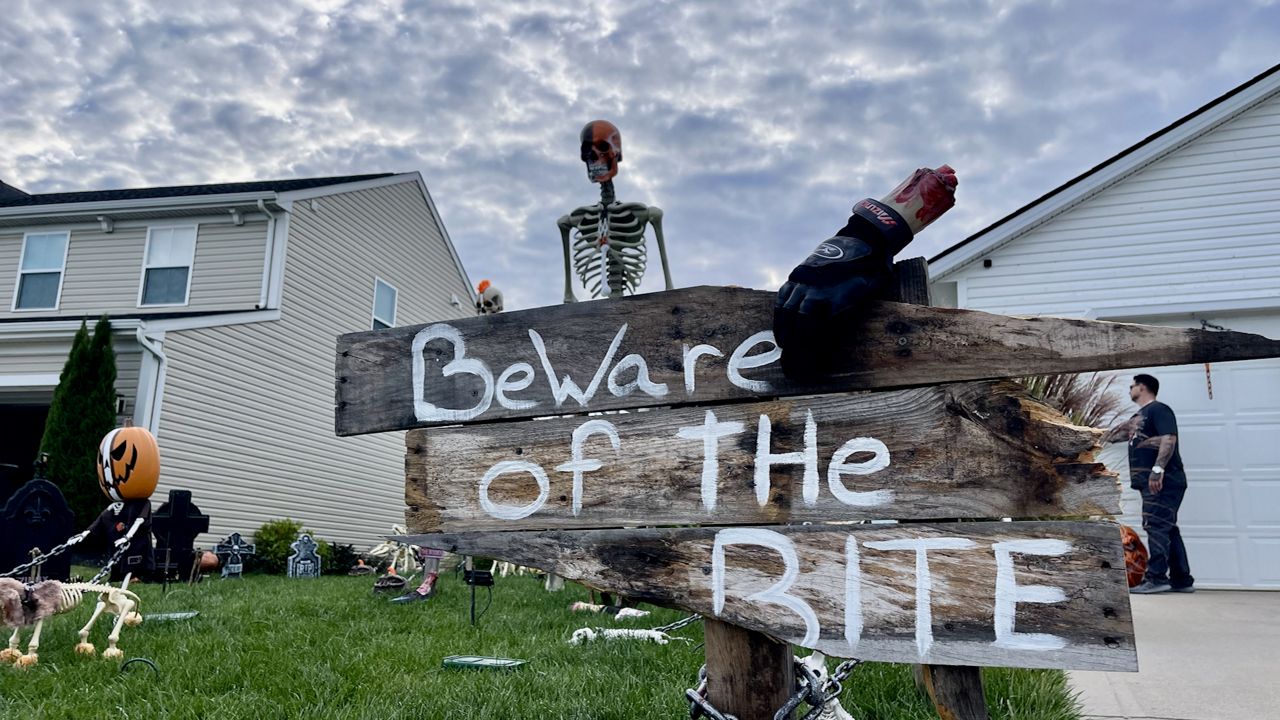 “The first one we end up getting was this guy, 12 foot, we call him Hawk,” said Jeremy Dennis as he showed off his haunted front yard display.

Dennis said everything in his front yard has meaning.

Each year, Dennis said he creates a massive Halloween display in his yard.

He also had to add in a bit of comic relief.

“Of course, we've got Baker Mayfield, no longer with us. Everybody knows why. Nothing else to say about that,” said Dennis, as he pointed at a Baker Mayfield jersey hanging from his gutters.

Dennis said there’s more to the decor that meets the eye.

"My grandmother, she just passed away at 91 recently back here in May. She loved football,"  said Dennis. "She loved the Cleveland Browns. I mean, one of her favorite players was Myles Garrett."