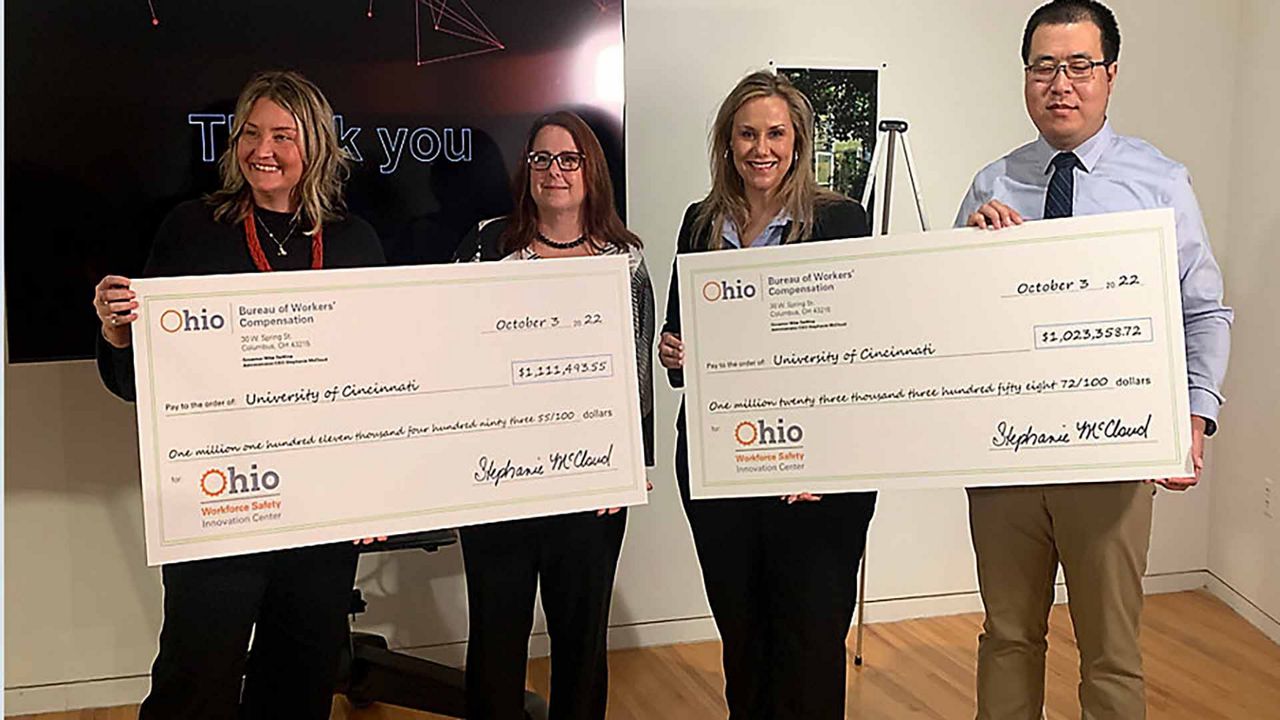 CINCINNATI — Data from the National Fire Protection Association shows overexertion, stress and medical issues has been the leading cause of death for firefighters. A new state grant is helping fund a project to help keep them safe.

Firefighters use a specific type of jacket on the job, but the University of Cincinnati is working on adding different elements to better protect them in their work environment, and it’s all thanks to a $1.2 million grant.

Glendale Fire Chief William Jetter has been a firefighter for the past 44 years. It's a career he said he took on because of his love for helping people.

“We’re all volunteers that left their jobs and aided the community,” he said. "I like giving back and that’s what I’ve been ever since.”

A lot has changed since he started 44 years ago. That’s especially the case when it comes to PPE.

“I had a pair of rubber boots that leaked,” he said. “The turnout gear that I had was an old rubber coat and that’s basically how you fought a fire.”

While the equipment and protective gear has evolved and become safer, there’s still more work to be done. Data from the National Fire Protection Association shows that 135 firefighters died in 2021 in the U.S.

“What sparked my interest over the years was the fact of how we can improve the garment for fire fighters and how we can reduce their injuries,” he said.

That’s why Jetter has been working with the University of Cincinnati to look at research and development of better PPE for firefighters. Ashley Kubley is the principal investigator leading the project. In her research, she found one of the biggest issues firefighters deal with is heat stress.

“Their bodies get too hot, their heart rate goes up and they have to leave the scene of the fire to come out, cool down and come out of service, essentially,” he said Kubley.

A nearly $1.2 million grant from the Ohio Bureau of Workers’ Compensation is helping fund a project to create cooling technology inside firefighters jackets, along with material testing and live burning. Training and data analysis are just some of the things Kubley’s team will be working on to make sure it’s perfect.

“What we’re trying to do essentially is provide on demand solution where the firefighters can start cooling their body prior to the fire and that can happen actively while they’re in service,” she said.

UC was also awarded another $1 million to develop PPE for other service industry workers. The new cooling technology is expected to be completed by 2023, and Jetter is hopeful that it will save lives.

“No more firefighter deaths,” he said. “We want everyone to retire out of the fire service completely healthy.”