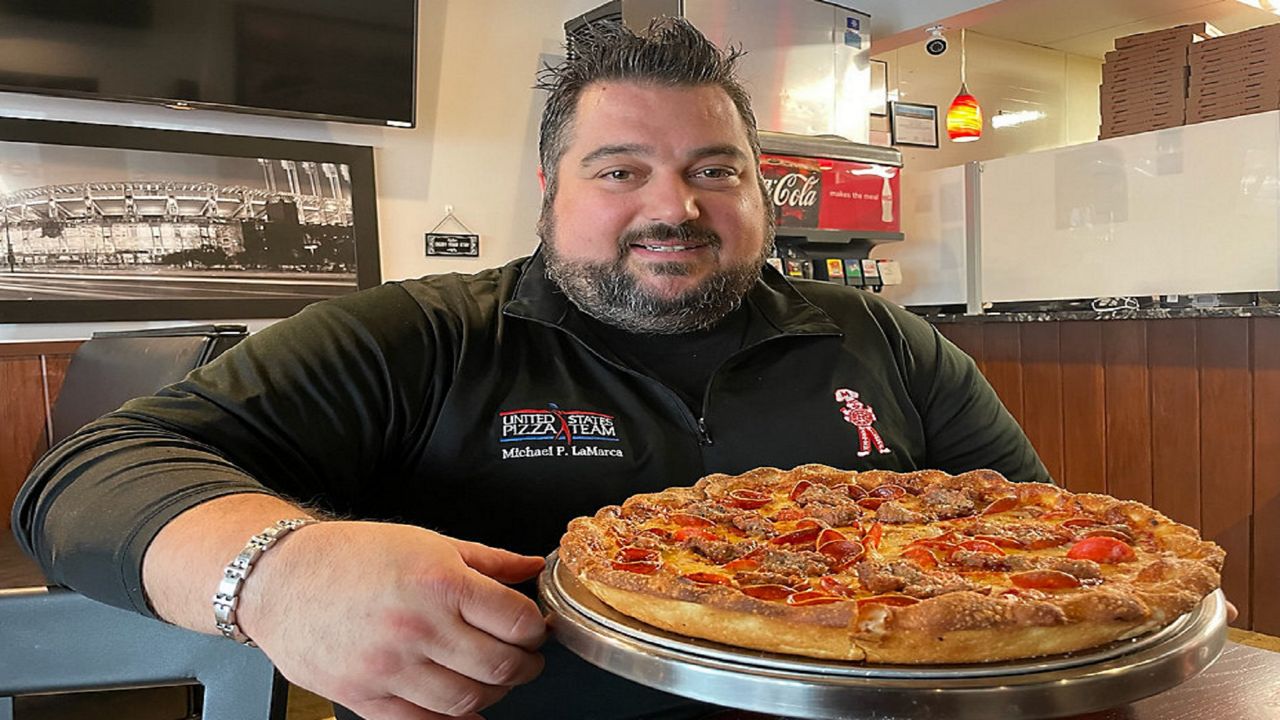 MAYFIELD VILLAGE, Ohio—Picking out a perfect package of cheese is a part of Michael LaMarca’s profession.

“I always like to use a parmesan reggiano,” LaMarca said. “It's a, I think a harder cheese so, it's more, you know, has a little bit of a salty finish at the end.”

LaMarca said sticking with parmesan keeps his product consistent, which allows him to assure a level of quality that he can take pride in as a longtime local pizza maker.

“Oh, I made my first pizza, I think I was probably five years old. Maybe six years old,” LaMarca said.

The CEO of Master Pizza said he first learned his craft as a kid by watching his mom work at a pizza shop. Several years later, his skills are now being put to the test in the Midwest episode of Hulu’s Best in Dough series.

“I got a message through Instagram asking if we wanted to be a contestant on a pizza competition show. That's all it really said. I replied back, and it started with the interview process, and the process kept going and kept escalating through next stage, next stage, next stage, and they really found what we served to be interesting,” LaMarca said.

In order to win the competition, LaMarca has to convince the judges that Cleveland-style pizza is the best in the Midwest.

“You know, a lot of the Chicago-style and other New York-style pizzas are, you know, more known obviously throughout the country," said LaMarca. "But a lot of people when they come to Cleveland and try our style of pizza, our style and our way of making the same ingredients differently, they appreciate it."

He added that there’s one component that makes Cleveland-style pizza a classic.

“It starts with the dough. Our dough recipe is probably a breadier recipe compared to like a thinner, crispier New York-style dough,” LaMarca said.

He said he hopes this will help him stand out in the show. However, this isn’t the first time that he’s representing his region in a pizza competition.

“I’ve been to China about three times to compete at the World Pizza Championship there. I competed [in] London, England, Spain, Sweden,” LaMarca said.

The United States Pizza Team member said he hopes he can make the midwest proud again when the episode premieres.

“You know, this region is really deep with great pizza makers. I just think it deserves a recognition nationally,” LaMarca said.