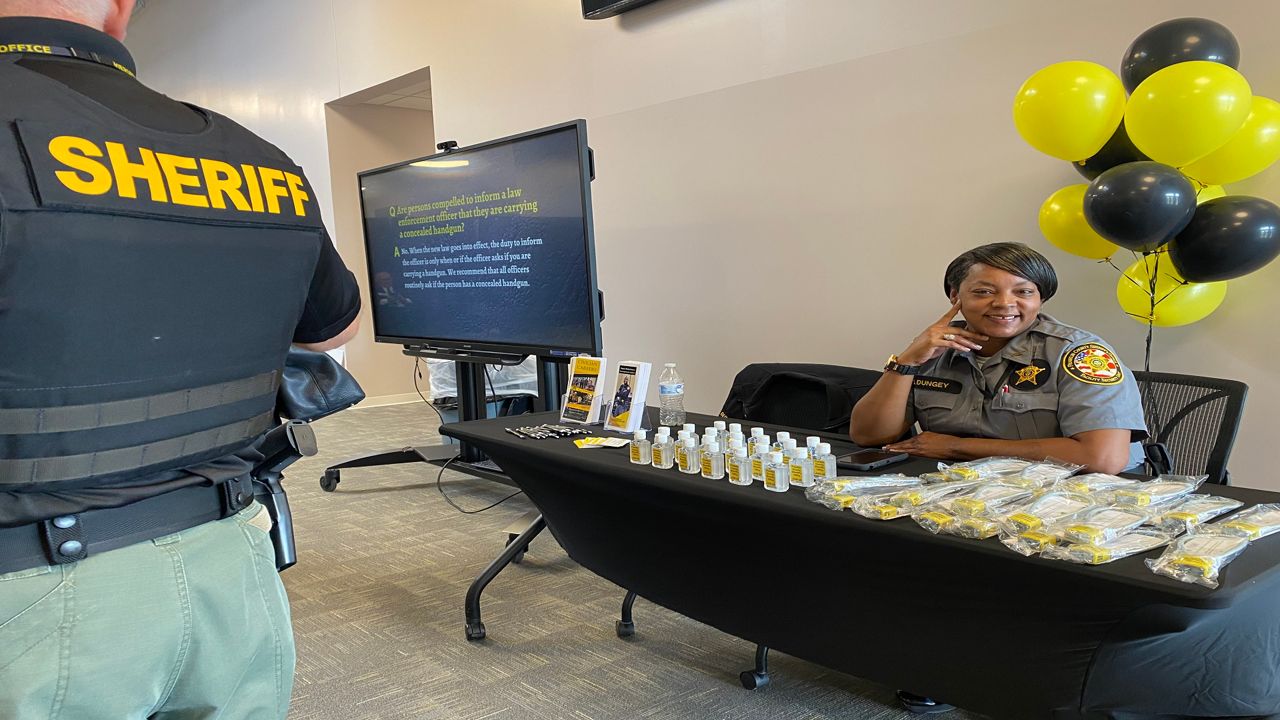 COLUMBUS, Ohio — Franklin County's inaugural Access to Justice community outreach event on Thursday was created to give people a chance to ask questions and learn about different county and state laws and processes.


Earlier this month, the Franklin County Board of Commissioners passed a resolution to proclaim gun violence a public health crisis.

The Franklin County Sheriff's Office has reported that the highest number of gun violence incidents happen among younger adults. It was one of nine agencies at the county’s first Access to Justice event.

Franklin County Sheriff's Office Sergeant Frank Rhodes said that with repeat offenders, the agency has to work with the community to break the cycle and find a solution.

“This is usually their third or fourth time going through these same crimes and it's a repeated cycle so that's basically our target to try to come together with the community, with the parents, the pastors, the youth sports, things like that," said Rhodes. "We have to come up with ideas to get these kids occupied and busy.”

Many factors can contribute to gun violence, including education, food insecurity, economic stability and more.

Michael Rankin, with the Franklin County Prosecutor's Office, said it was important to include various agencies at the Access to Justice event because of those various factors.

“How can you have access to justice, if you don’t have, in a crisis, a roof over your head, food to eat, a job, medical care?” said Rankin.

In the board’s resolution, they called on state, county and city legislators to coordinate comprehensive policies that will reduce gun violence.

Sheriff Rhodes said that the collaborative effort to see change can be a slow process, but it's necessary.

“It's not that we are not trying to fix it. It's just a long process because it's touching so many hands,” said Rhodes. “It goes from us on the street all the way to the judges that are sitting in the courtroom, it's just a process. People have to realize that we're trying, but again forums like this is where we’re trying to get the answers.”

This is the county’s first Access to Justice program, but they plan to make it an annual or biannual event.