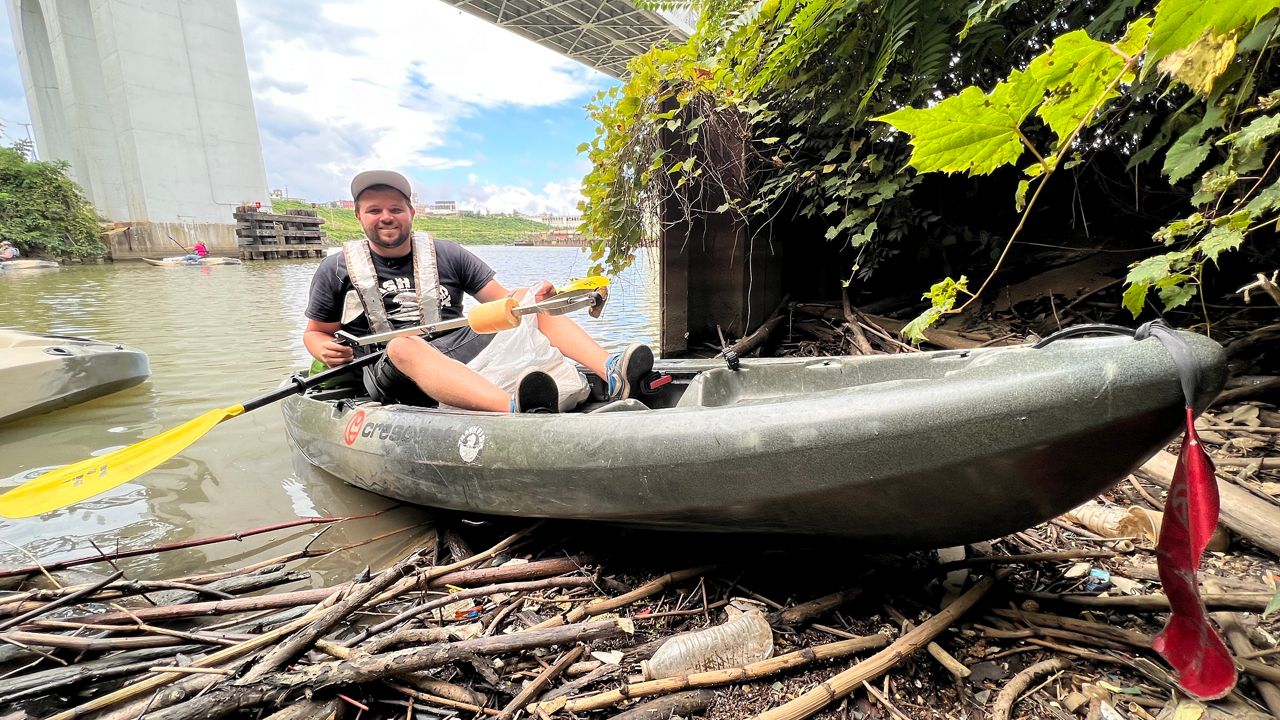 'Volunteer trashman' aims to get rid of plastic in Lake Erie, waterways

CLEVELAND — Eddie Olschansky has always had a passion for fishing. Small mouth bass and catfish are some of his preferred catches. But these days, the Cleveland native finds himself floating down the Cuyahoga River fishing for something not as appetizing, and that’s trash.


On the shores of the river leading out to Lake Erie sit thousands of pieces of plastic. With a trash bag and a trash grabber in hand, Olschansky and his volunteers go to work.

“We come out here with minimal gear. We're low budget and high effort,” Olschansky said. “We're the last line of defense, you know, right before this stuff makes its way through the lake and we can never get it back.”

Olschansky started cleaning up the waterways about five years ago. He said he broke his leg, and when fishing from the dock became boring, he bought a kayak. From the dock, he said the river looks relatively clean, but from a kayak, the amount of trash on the river banks is eye-opening. Olschansky has turned this into his full-time job. He’s the founder of Trash Fish Cleveland and is out on the water at least five days a week, even during the winter.

“I can't stop. Like, I'm addicted to this,” Olschansky said. 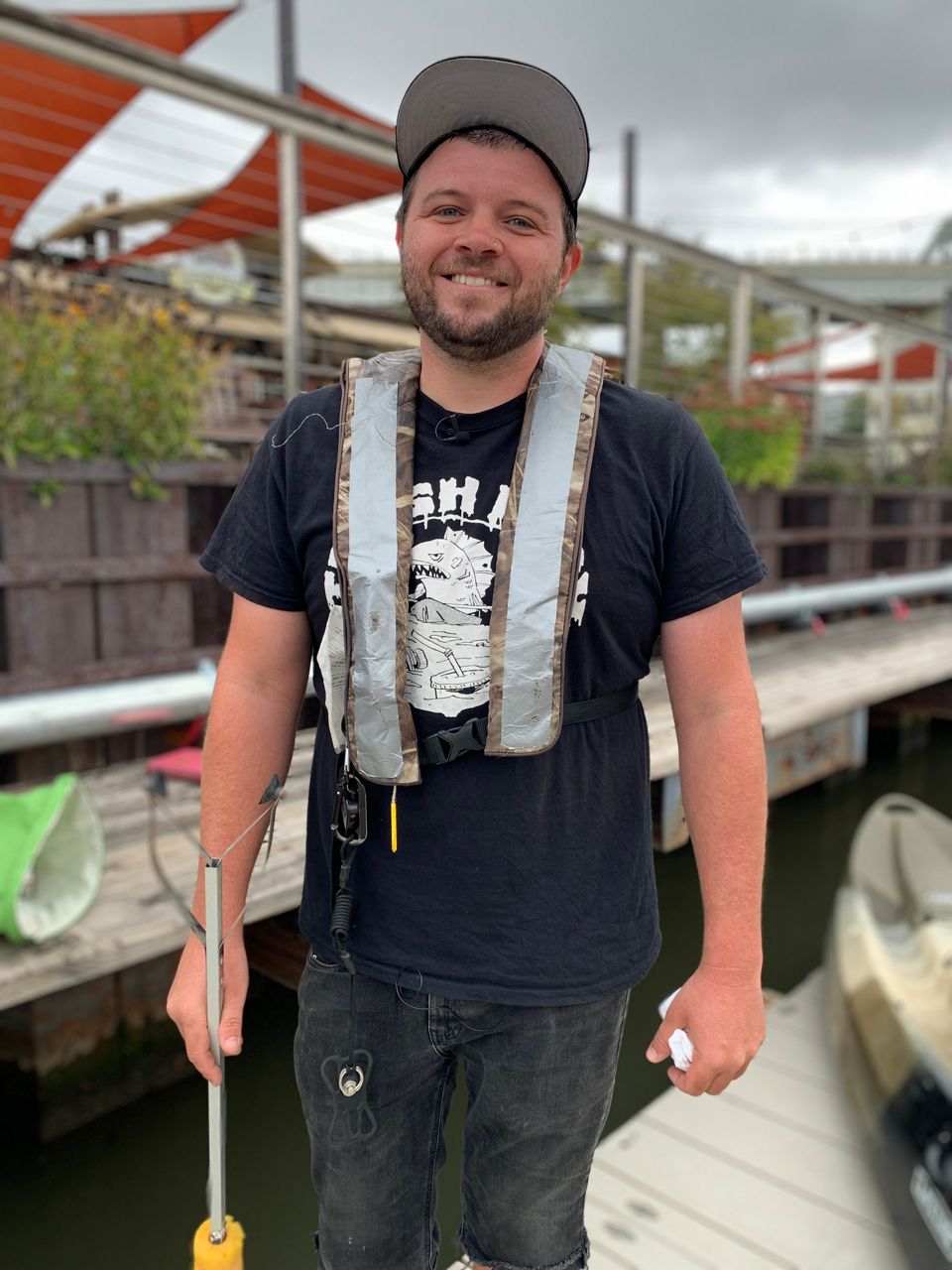 But he doesn’t go out trash fishing just to keep our waterways beautiful. He said he goes out there for the health of his community.

“All this plastic that we find in the river today, if we didn't get it out, Iit) ends up in the lake, it's worn down by the sun, it's battered by the waves. It turns into microplastics, which is in our drinking water,” Olschansky said. “And then we're drinking that. And we don't know the ill health effects of, you know, imbibing all of that plastic.”

Microplastics are extremely small pieces of plastic, no bigger than the size of a pencil’s eraser, according to the National Ocean Service. Many microplastics are nanoscopic, meaning you can’t see them with the naked eye.

The Cleveland Water Department said it has found microplastics in its pre-treated tap water, but said its levels are about half of what you’d see in purified bottled water.

"If you're concerned about microplastics, then drinking bottled water would not be the answer. That is a cause of microplastics,” said Shelly Helsel, a chemist for the Cleveland Water Department. “So tap water is much better when it comes to plastic than bottled water.”

Lake Erie provides drinking water to more than 11 million people, according to the Environmental Protection Agency. Olschansky is doing his part to keep it clean.

“And if it's not us, it's our kids or our grandkids or our grandkids’ grandkids that are going to have to deal with the physical and health repercussions of having all of this stuff in our drinking water,” Olschansky said. “Over the course of the next 10 years, my biggest fear is that we end up looking at plastic the way we view lead, you know. It was ubiquitous. Everyone was using it. People who thought it was bad were quacks, and they were crazy. And here we are now, you know, we've seen the detriment. We have tried to take care of it. We've removed lead from all these things. Plastic is going to be the same way. It's a material sciences issue.”

The World Health Organization states there isn’t enough research or evidence to know if microplastics in drinking water is dangerous to human health. But a study shows the average person could be consuming about five grams of plastic every two weeks, equivalent to the size of a credit card, and microplastics have been found in human placentas. 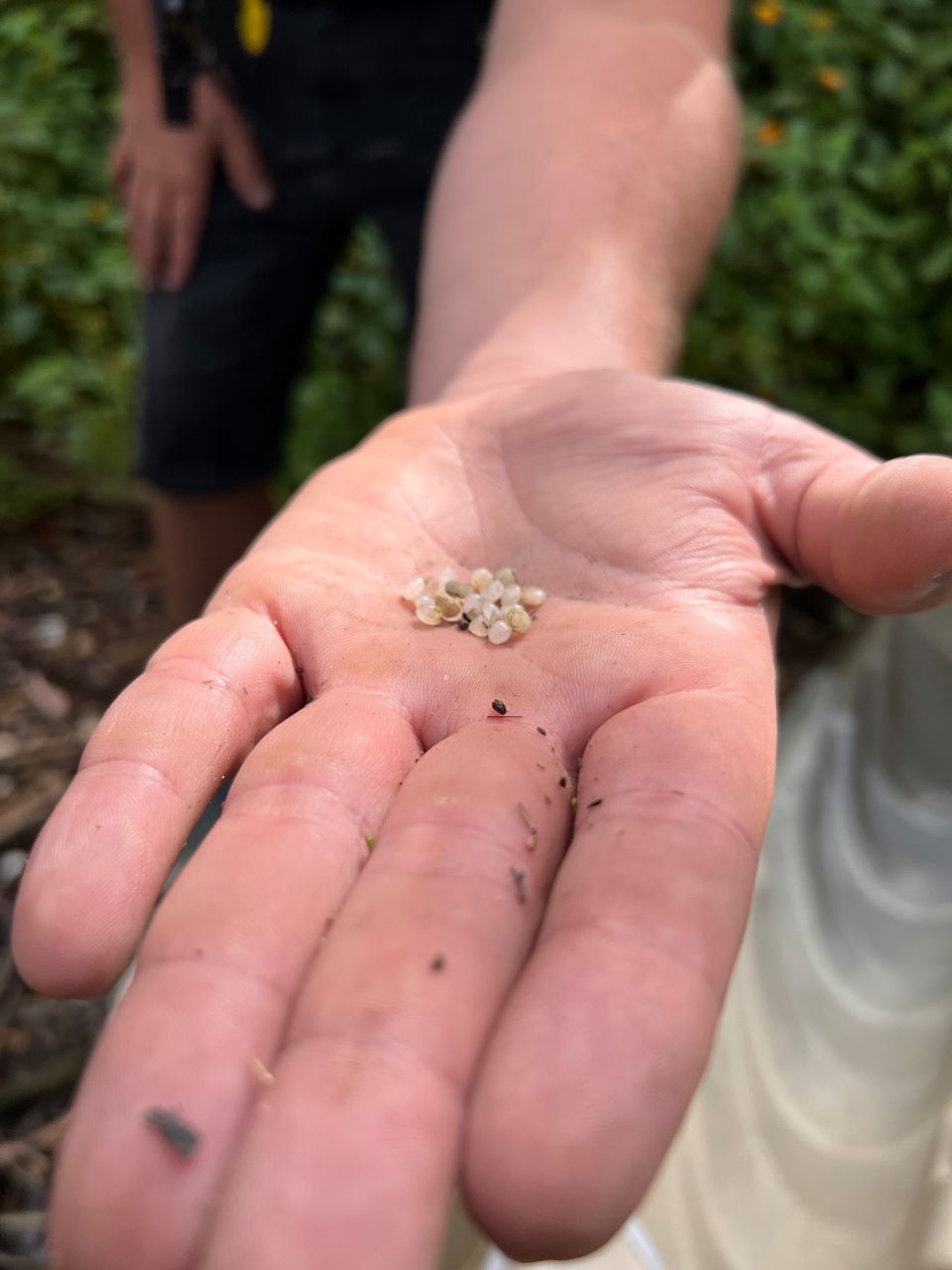 He said this work can be discouraging, especially when he sees more trash piled up in the same spots every day. Yet, he said he doesn’t blame his community.

“We need to turn that blame back to the billionaire corporations that are making this and profiting off of all of this stuff at the detriment of my community members,” Olschansky said. “Your individual efforts are absolutely huge. It seems crazy, but we need to, we need to vote with our wallets. You can choose not to buy this stuff. And you can choose to tell politicians to hold these people accountable.”

Olschansky aims to educate and encourage his community and hopes to give his volunteers a new perspective on plastic pollution.

“When we get a group of volunteers out here from the community, and it's all smiles, and people are out here, enjoying this recreational resource and learning how to give back to it, and to respect it and getting a new perspective on what's going on down here. It makes all the bad days like so worth it,” Olschansky said.

Sometimes the job seems endless, but he said he hopes it’s a job that one day has an end.

“The only way you could end plastic contamination out here is through the way we shop and the way we purchase things. So if you want to see the end of plastic pollution, stop buying plastic,” Olschansky said. 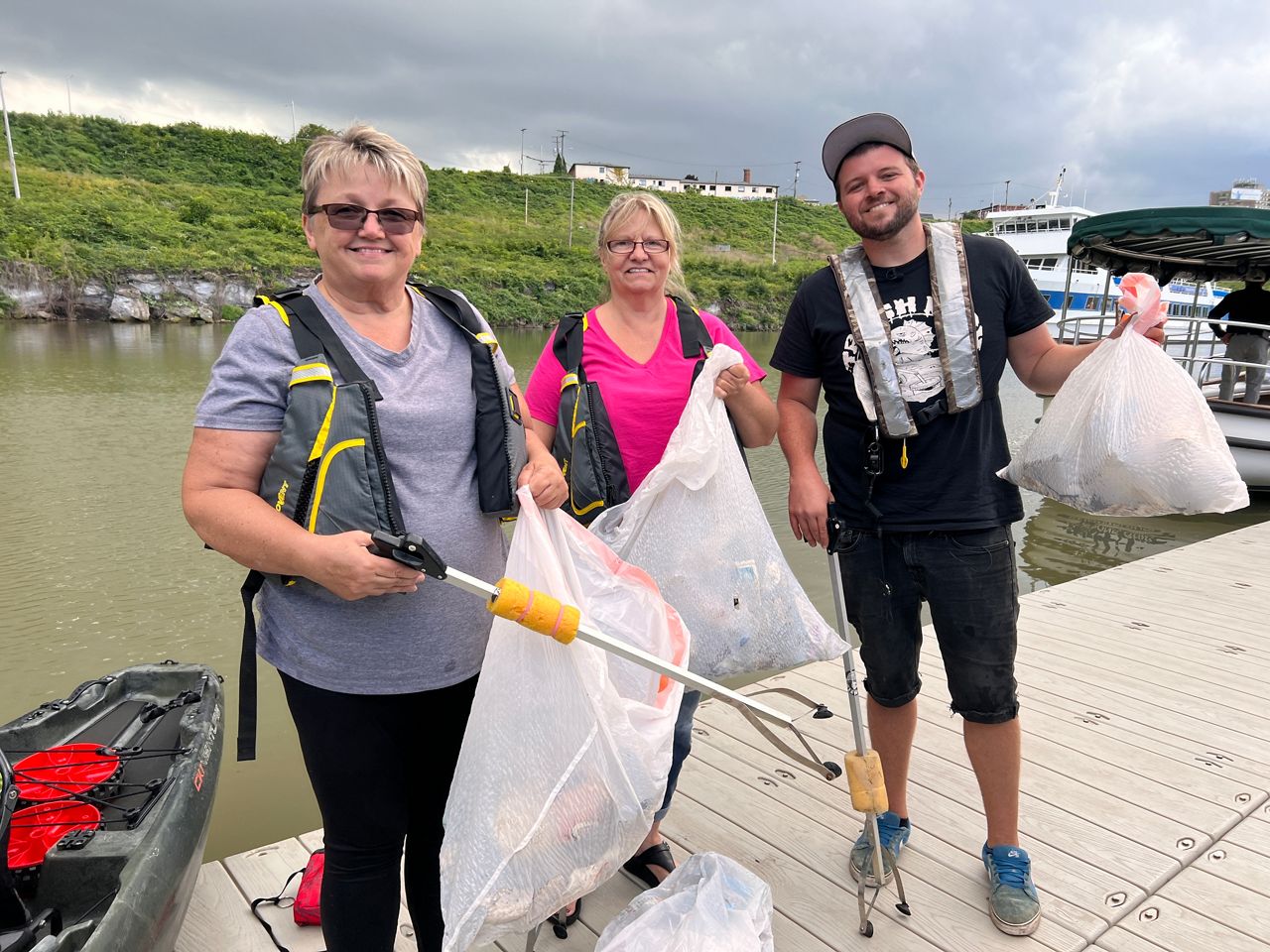 Eddie Olschansky with his mother and her friend, Carol. (Spectrum News 1/Taylor Bruck)

He said if more people remembered the other R’s in reduce, reuse and recycle, the environment would benefit.

“You could come out here eight days a week for a year, and pick up trash every day and you’d probably make a bigger impact by just taking a look at your grocery list and finding some things on there that we find everyday down here in this river and deciding that maybe you don't need to buy them and maybe you buy them sometimes and not other times,” Olschansky said. “Any amount of taking that step towards being zero waste. It does a lot for the for the environment.”

Until then, you’ll find Olschansky floating down the Cuyahoga River, fishing for one of the most invasive things in our waterways, trash.

Olschansky is always looking for people to volunteer to help keep our waterways clean and he said he does travel. Although he said he eventually wants to turn Trash Fish Cleveland into a nonprofit, he is currently powered by the people and completely runs off donations. To donate to Olschansky you can venmo him at trashfish_cle. To volunteer you can connect with him on Instagram @Trashfish_cle.

A documentary about Olschansky will be shown at the Chagrin Documentary Film Festival on Oct. 5-9.