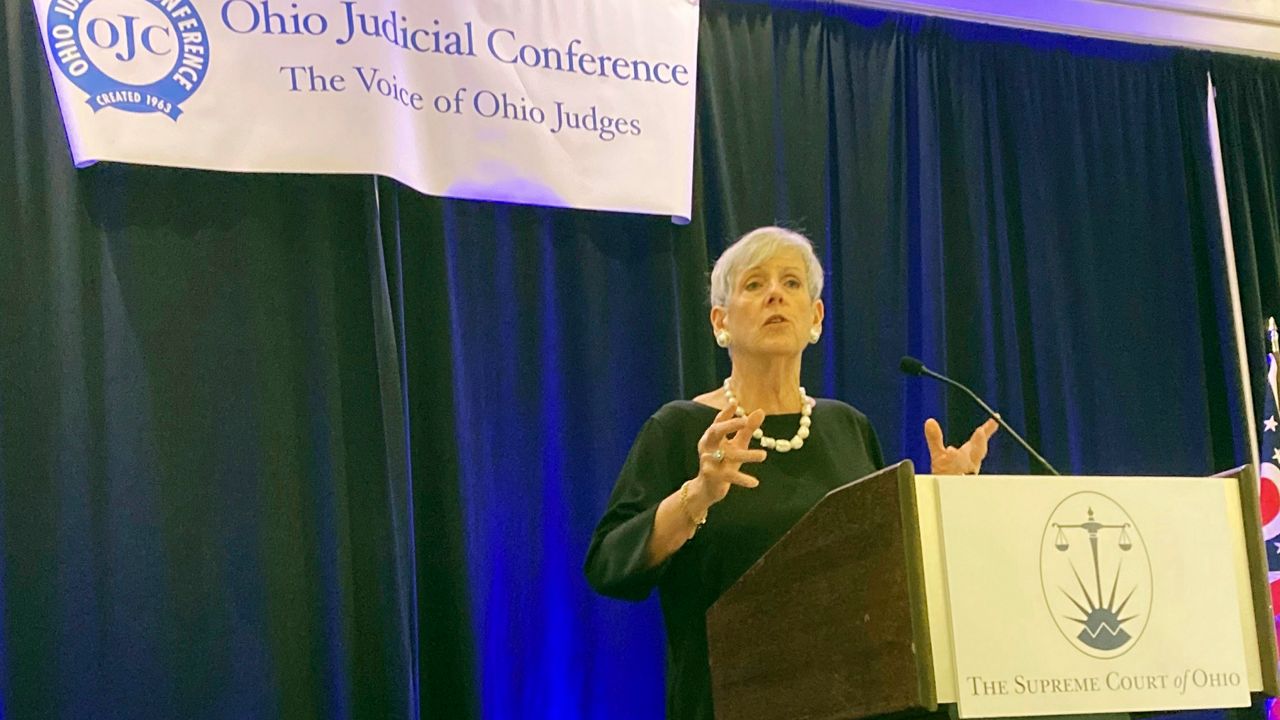 COLUMBUS, Ohio — Supreme Court of Ohio Chief Justice Maureen O’Connor served two decades in the court and will retire at the end of the year due to a constitutionally mandated age limit.

O'Connor is 71. Judicial candidates are not allowed to run after turning 70.

O’Connor has made strides in modernizing the judicial system and advocating for better bail practices, but she’s most recently known for voting against her party on redistricting issues.

She was the deciding vote in a 4-3 ruling that declared the Republican-drawn congressional map as unconstitutional on the grounds of unduly favoring one party.

In her final address she said that true justice doesn’t abide by party lines. She said that in order to get a true constitutional map, changes need to be made to Article XI of the Ohio Constitution, which addresses the parameters of the redistricting commission.

“Whether you vote as a “D” or an “R” or “I”, when you put on the robe and you take that bench you are sworn to administer justice and follow the law,” said O’Connor. “What voters have learned this year is that Article XI  is not living up to its promise. It did not prevent gerrymandering and it did not prevent the use of unconstitutional maps in the upcoming election on November 8th.”

Currently, the redistricting commission is made up of seven different political leaders, including Governor Mike DeWine and Secretary of State Frank LaRose. There are five republicans and two democrats on the commission.

O'Connor said that in order to get a fair map,  party lines should be eliminated altogether.

“Let's try having ordinary, sensible people who are not driven by politics, but rather by what’s fair,” said O’Connor. “Fair representation and justice.”

As she wrapped up her final state of the judiciary address, she laid out her plans for once she steps down.

In addition to spending more time with family, O'Connor said in retirement she wants to get a constitutional amendment to article XI on the ballot. She has little faith that legislators will willingly put it on the ballot so instead she will work with organizations to gather hundreds of thousands of signatures.

“The legislature could, of course, vote to place the amendment on the ballot but what do you think the chances are? But absent that, securing hundreds of thousands of valid signatures will be necessary,” said O’Connor. “It will take many interested groups to secure the signatures for a constitutional amendment that will be on the ballot. This is one thing that I hope to be involved with after December 31st.”

O'Connor's goal would be to see an independent redistricting committee made of everyday people rather than political leaders.

O'Connor's seat is on the ballot, so November's Ohio Supreme Court races could change how redistricting cases are handled. The current unconstitutional congressional map will be used in the November election, but lawmakers have been ordered to draw up a new one by 2024.