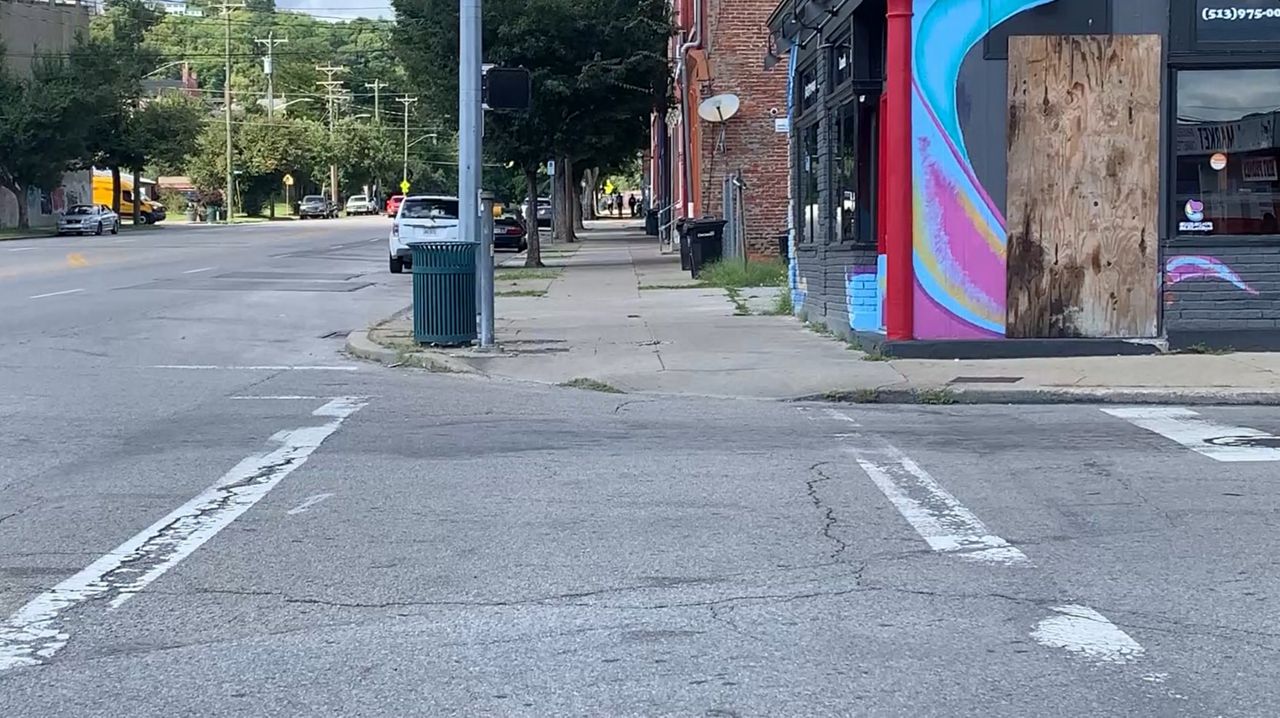 Cincinnati's Linn Street is a part of the improvement project funded by the $20 million RAISE grant. (Spectrum News 1/Camri Nelson)

CINCINNATI — The U.S. Department of Transportation reported nearly 160 pedestrians were killed in Ohio in 2020 alone. A federal infrastructure grant is helping cities across the country increase mobility and pedestrian safety.

A $20 million RAISE grant was the main topic of discussion at the City of Cincinnati's Climate, Environment and Infrastructure Committee meeting on Tuesday. Council member Meeka Owens said the money will help the city fund a major infrastructure project in Cincinnati’s West End, Queensgate and Lower Price Hill neighborhoods.

“A third of people within these communities, within these census tracks that don’t have vehicles, will be able to take advantage of this mobility and connectivity,” said Owens.

This is one of 166 projects across the nation funded by the $2.2 billion RAISE grant from the Biden administration. It's to help cities modernize transportation and increase safety, and that’s exactly what Cincinnati Mayor Aftab Pureval said this grant will help them do.

“Racial inequity and equity in general has been a strategic priority of this council and my administration, and this $20 million RAISE grant is a perfect example of that,” said Pureval.

When 75 and 71 were built, they went through the heart of many Black neighborhoods, Evanston and the West End, and this is an opportunity to take federal dollars and reconnect those communities, the committee said.

But the redesign of the city’s three transit corridors is what Pureval said will really change the game.

“This will have a profound impact on Linn Street, putting it on a road duct, making it more pedestrian friendly, making it more walkable, opening it up to bike lanes and really reinvigorating that economic center of the city,” he said.

Over the next four years, the city will go after more grant dollars to secure even more funding for its infrastructure projects. Construction is expected to be begin in 2026 and be completed with two years.