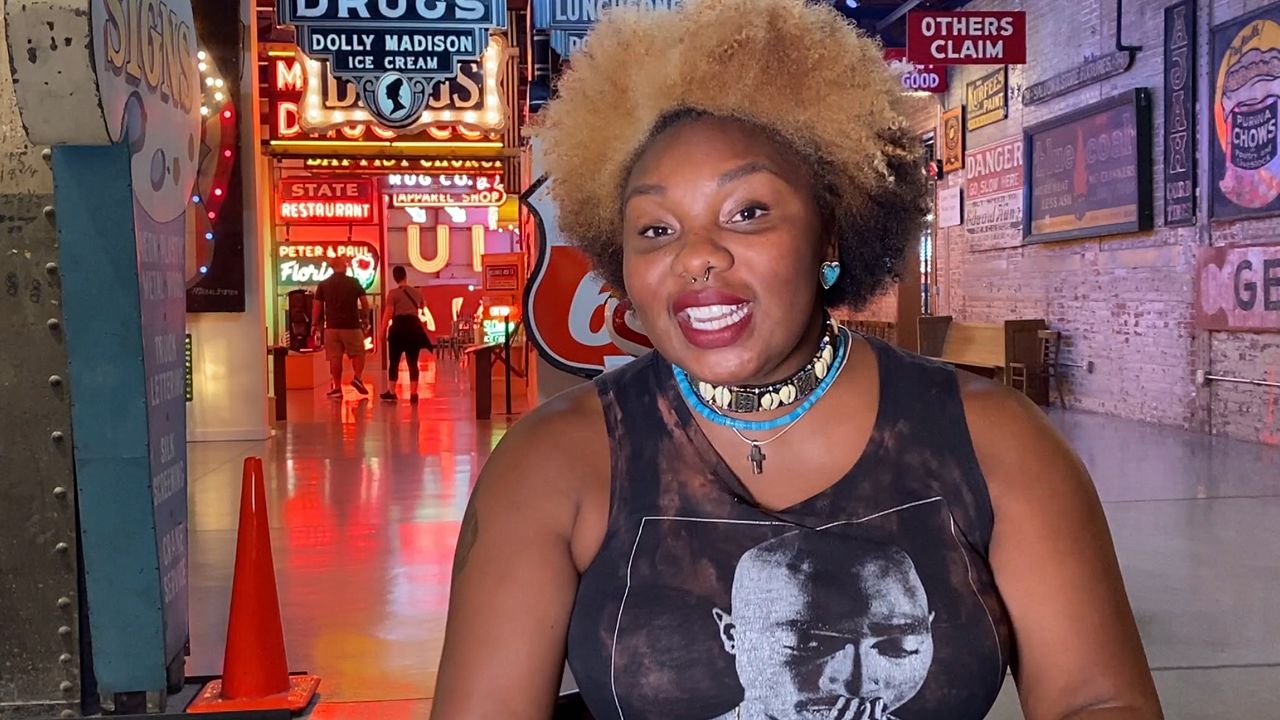 CINCINNATI — Aprina has been a fixture of the Ohio music scene for more than 15 years and she’s about to spread her message of “revolutionary love” to a worldwide audience.

Along with her new album, “Love Like a Soldier - Aprina’s Revolutionary Love,” Aprina is preparing for a concert tour in Mexico and The Bahamas.


“I'm excited about sharing my music and message with a whole new audience,” Aprina said.

The Title of her new album is “Love Like a Soldier - Aprina’s Revolutionary Love,” a mission she has lived for years as a community activist and performer.

“Be as compassionate and kind as you can possibly be, no matter where you go,” Aprina said.

Of the hundreds of performances she’s given in Ohio and across the country, one of her favorites was singing with an interpreter for the deaf at Cincinnati’s Over The Rhine International Film Festival, sponsored by Living Arrangements for the Developmentally Disabled, also known as LADD.

“It was so exciting to give my message to a different group of people in a different way,” Aprina said. “That’s one of the most critical things for me is that ‘revolutionary love’ of principles and message reaches all people - whether they’re deaf, blind, it doesn’t matter.”

Aprina has also lent her talents to supporting causes, including the Women’s Equality Day Music Festival, where she focused on being an inspiration to young, inner-city kids across Cincinnati.

“When I was 14, I overdosed and died and I came back. There’s studies about people who die, see the afterlife and come back and they become like these superhuman people,” Aprina said. “That is a part of my story and a lot of people don’t know that.”

Aprina is also more comfortable revealing another part of her life that she kept private until now: her search for her biological father.

“The guy that I thought was my dad for 20 years, we did a DNA test and it came back negative, so I was completely crushed, utterly destroyed,” Aprina said. “But because of social media now, I got this feeling that this one guy might be my dad and I found a picture of him playing a guitar and we looked just alike. I cried instantly and I said, ‘That’s my dad.’”

It was Joel “Razor Sharp” Johnson, a renowned pianist who played with Bootsy Collins and the band Freak Base, among others. Aprina and Johnson spent two years getting to know each other before he died in 2018.

“Getting to know him gave my life so much more purpose and so much more weight,” Aprina said. “I’m not just doing music because of a dream, it’s in me. It’s part of my destiny for sure.”

She said her destiny is making music with a message.

“Let’s share kindness when we can,” Aprina said. “Let’s give people space to grow. Let’s give this revolutionary love away.”