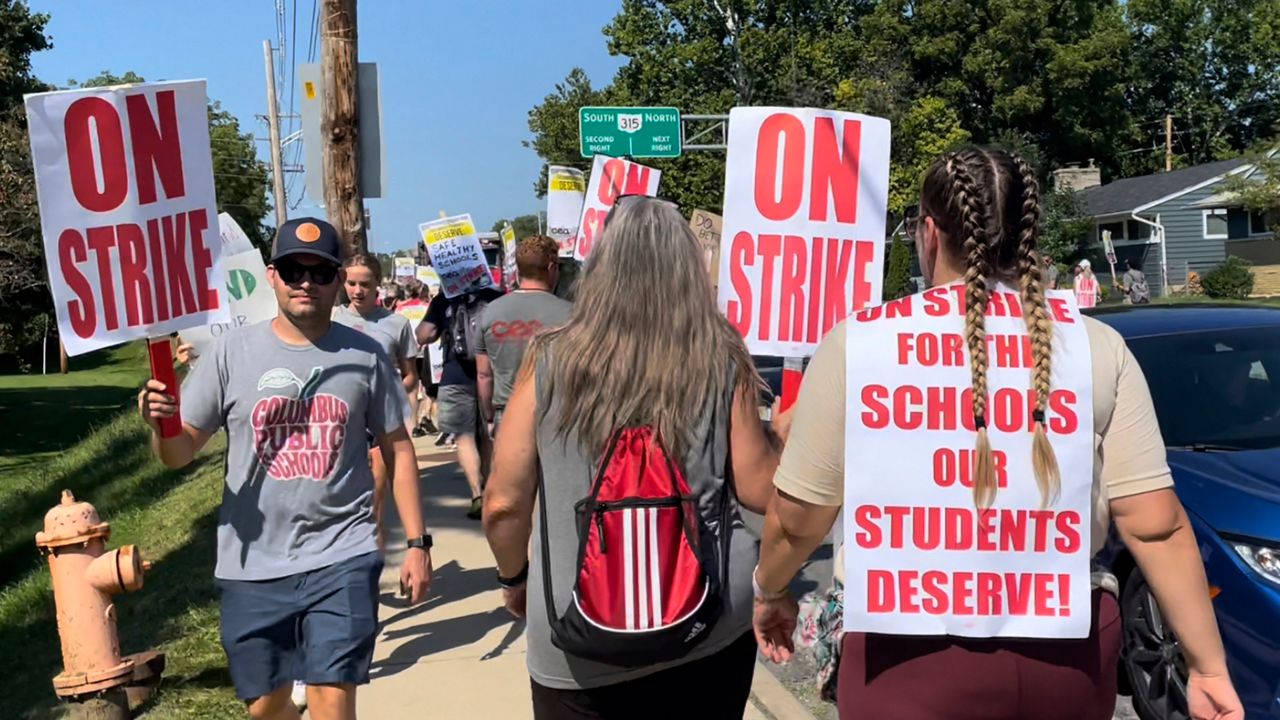 A union member proudly pickets with her homemade sign as part of a district-wide teacher's strike outside Whetstone High School in Columbus, Ohio, on Wednesday, Aug. 24, 2022. (AP Photo/Samantha Hendrickson)

COLUMBUS, Ohio — The Columbus Education Association and the Columbus Board of Education came to a "conceptual agreement" Thursday at 2:38 a.m., ending the teachers strike in the state's largest school district.

Students will return to classrooms Monday, the school district announced.

BREAKING: COMPREHENSIVE CONCEPTUAL AGREEMENT REACHED AT 2:38 A.M! CEA Members: Do not report to picket sites in the morning, check your email for further instructions. pic.twitter.com/bXcndRk7HJ

"Tonight, we are happy to report that we have reached a conceptual agreement with CEA leaders, and our children will return to in-person instruction on Monday," wrote Board President Jennifer Adair in a press release. "While the details cannot yet be disclosed, the contract recognizes the Board’s commitment to improving our student outcomes, the essential work of the CEA members, and strengthening our learning environments."

Columbus City Schools students had to start out the year Wednesday with remote learning as teachers picketed across the city. Students will finish out the week remotely.

BREAKING: the Columbus Board of Education has reached a conceptual agreement with the Columbus Education Association. Students will remain in online learning through Friday and will return to full-time, in-person learning on Monday. #OurCCS

The groups returned to the negotiation table Wednesday afternoon, where teachers sought to have 8% pay raises, and asked for improvements to buildings, such as heating and air conditioning, as well as smaller class sizes. Initially, the district offered 3% pay bumps and hesitated on commitments to improvements.

More than 4,500 teachers, counselors and other school workers went on strike starting late Sunday night for the first time since 1975. Throughout the week, community members, CCS alumni and several current students joined them at the picket lines.

Mounir Lynch, who graduated from Columbus Alternative High School in 2015, found himself at his old high school for the first time in almost a decade Wednesday to join some of his former teachers on the picket line. 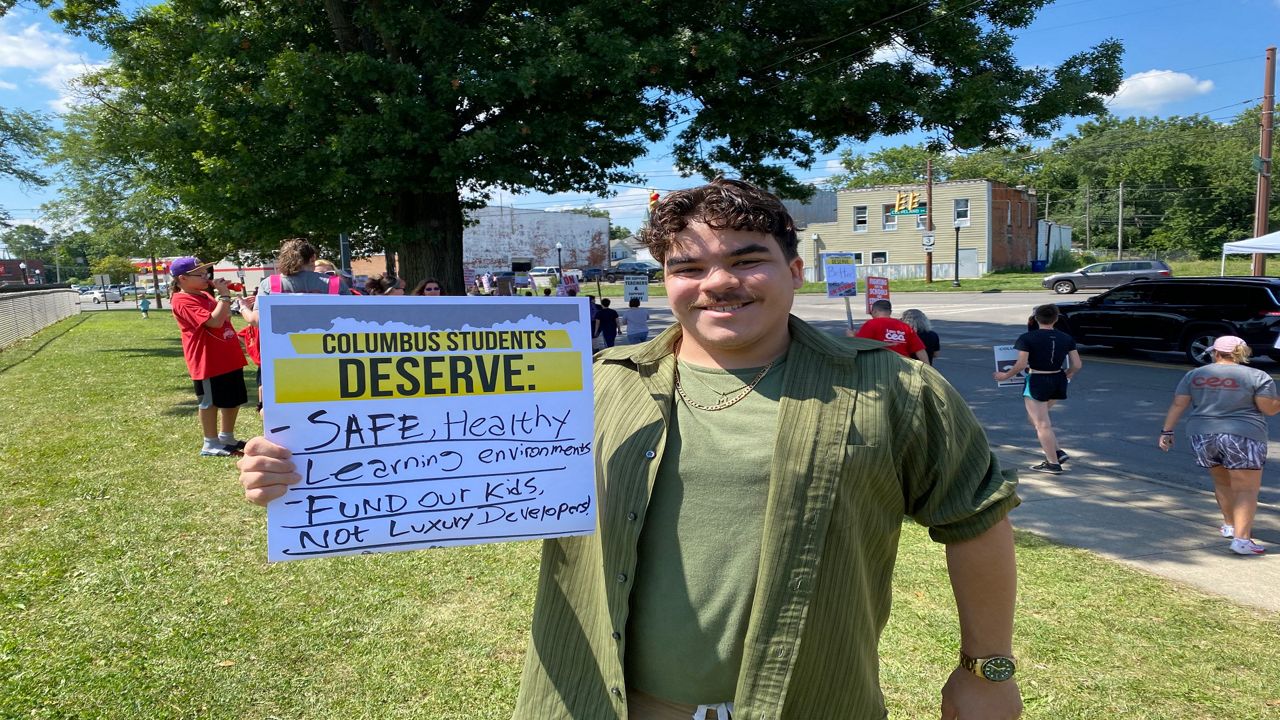 Some students described their first day as hard, frustrating and depressing, because they thought they’d be back in the classroom in person and not online.

For student Larae Portis, it was a flashback and a setback.

“My first thought went straight back to COVID year where we were immediately online forever and then I was finally thinking ‘Oh, my senior year, we’re gonna have everything and stuff like that and then they said online.’ So, I was kind of disappointed,” said Portis.

The teachers' union and the district haven't released details surrounding the agreement.

"This deal would not have been possible without the unwavering support of parents, community members, organized labor and local businesses in Columbus," CEA wrote in a statement. "It was a city-wide effort that allowed CEA to win the schools Columbus students deserve."

CEA wrote members will first review and vote on the ratification of the comprehensive conceptual agreement before sharing details with the community.

Columbus Mayor Andrew Ginther posted on Twitter about the agreement, commending both sides for coming together.

"While we all wish a strike could have been avoided, the end result will be a safe and healthy learning environment for our kids, and fair pay for teachers, nurses and all those essential to learning," Ginther wrote. "I look forward to welcoming kids back to the classroom!"

I commend #Columbus teachers and the District for putting our children first, and doing what was necessary to get kids back in the classroom. In my conversations with the @ColumbusEA and @ColsCitySchools leadership, this was always about what was best for our students. 1/2