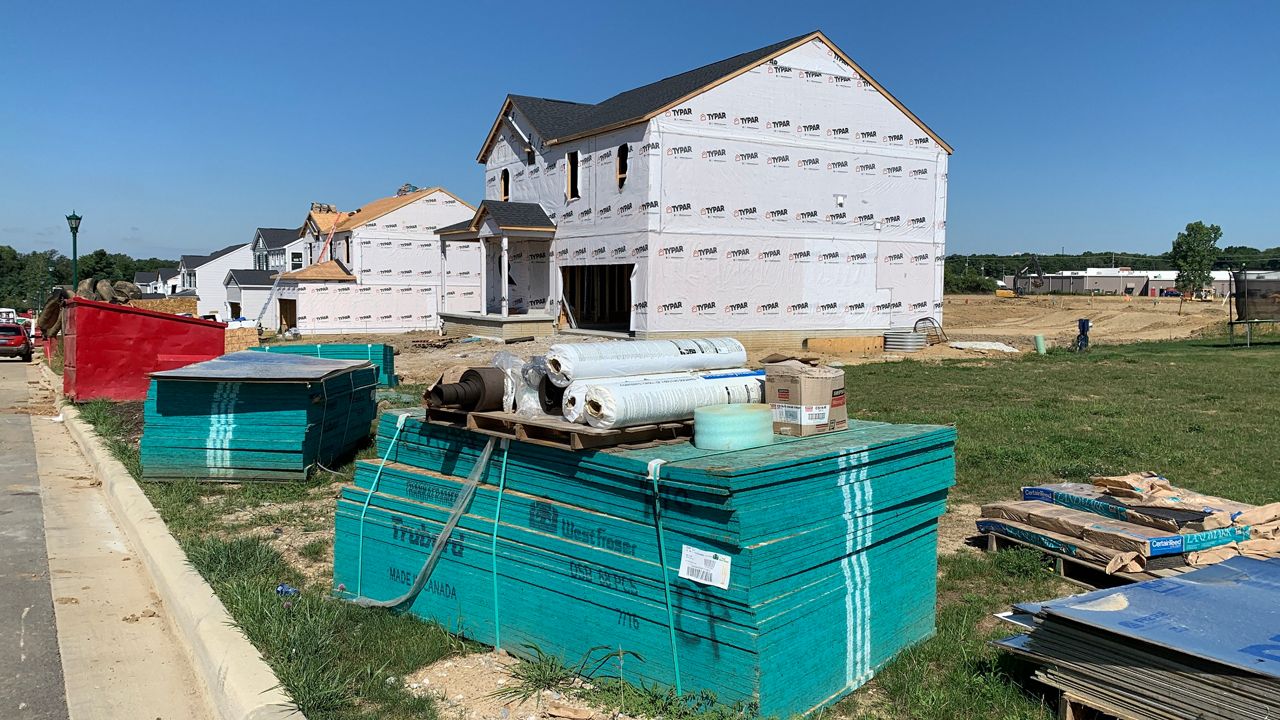 John Melchi said right now Ohio is already behind the mark when it comes to its jobs to housing ratio, even without Intel. (Spectrum News 1/ Taylor Bruck)

Ohio short on housing ahead of Intel arrival

NEW ALBANY, Ohio — Growth is coming, and Ohio is getting ready for it.

“We have a phrase we use: homes are where jobs go to at night," said John Melchi, executive director for The Building Industry Association of Central Ohio. "And you can't just create jobs without thinking about the homes and where those places people are going to live."

Melchi said right now Ohio is already behind the mark with its jobs to housing ratio, even without Intel.

“For every one and a half jobs that are created, you want to create one housing unit,” Melchi said. “Unfortunately, we've been behind that market in central Ohio, in Ohio in general, and really across the United States since the great recession.”

Melchi said the supply chain shortage has a bit to do with it, but also the delay in housing approvals from local governments.

“In our opinion, housing delayed is housing denied and the longer these processes take, the more housing opportunities get lost,” Melchi said.

But Melchi thinks it’s possible to catch up. He said there are significant opportunities for residential development in the Central Ohio region and many projects are already underway.

Melchi said Ohio has to step on the gas for the growth of the region to be successful. (Spectrum News 1/ Taylor Bruck)

Melchi said if they don’t build enough housing with all the people coming in, then costs rise for everybody. They’re trying to stay ahead of the game so housing can stay affordable.

“We can't just be focused on building homes for the highest level of management at that facility, although they need homes, we need to make sure that we're building homes and housing opportunities for everybody across the spectrum, that works in and around that site,” Melchi said.

The Columbus Metropolitan area is home to more than 2 million people. By 2050, the Mid-Ohio Regional Planning Commission is expecting the region to grow by a million more.

The Intel site is within a 30 minute drive to about five different counties. Melchi predicts those counties will see an uptick in economic activity and housing demand.

“We know that the longer an employee has to drive to their place of employment, the less sort of sticky they are,” Melchi said. “So it's important to give these employees housing options in, near their proximity to their places of work.”

The BIA is working to build thoughtfully and responsibly. They said they want to keep the character of the communities. But Melchi said Ohio has to step on the gas for the growth of the region to be successful. He said residents can help the process move along though by urging their local governments to approve housing projects.

“We need more people to be engaged, and tell and tell their local officials and tell their neighbors yes to housing,” Melchi said. “If you care deeply about providing housing opportunities, and maintaining afford housing affordability in your community. When a project goes before local government, we often see people show up who oppose it. We don't hear oftentimes from people who support it, even though there are a lot of them. And I think it would be great to have more people show up and say, 'You know what, we need this housing opportunity, or this housing development, it's going to provide an opportunity for people to move to our community, it's going to maintain affordability throughout the region, it's going to be a net positive.'”

With the nation’s current workforce shortage, The Building Industry Association of Ohio is actively trying to promote the trades and find people to help build all of this housing. For more information, click here.