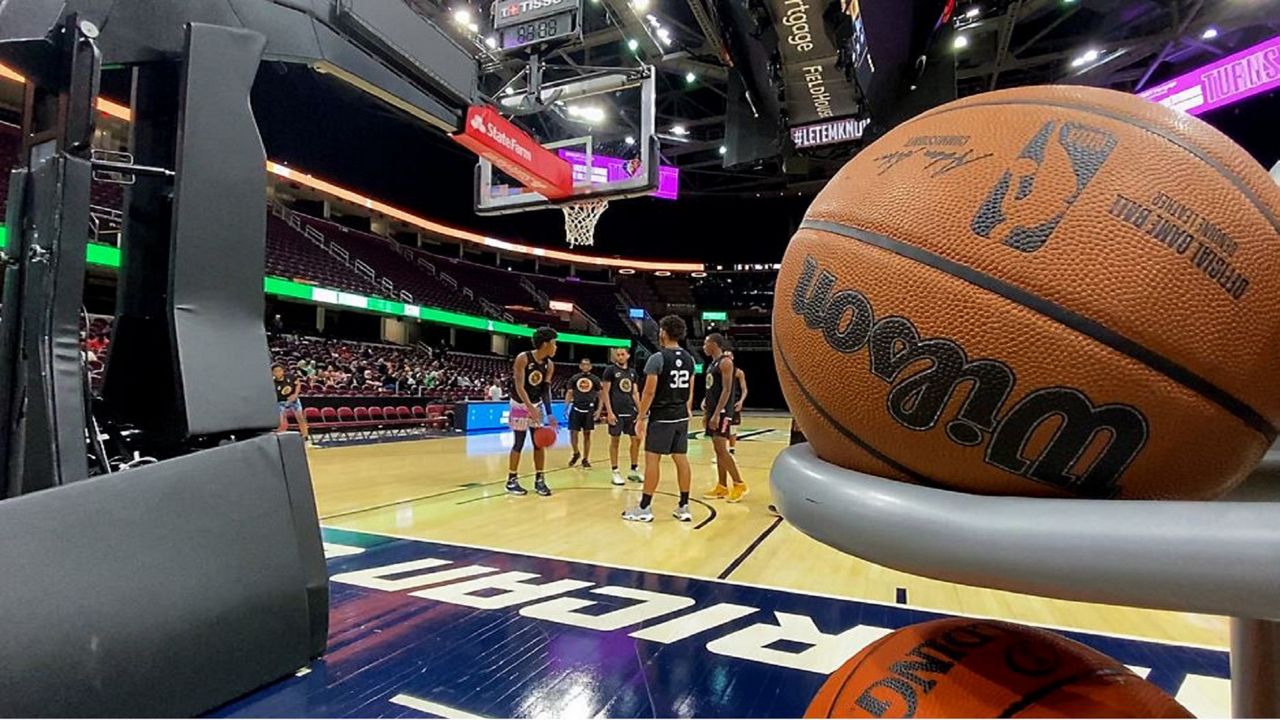 Hoops After Dark is a six-week program, which culminated with a championship game at Rocket Mortgage Fieldhouse in Cleveland. (Kristin Mazur/Spectrum News 1)

CLEVELAND — As Cleveland continues to struggle with a shortage of police officers, city officials look for new ways to reduce crime. One concept involved getting young people off the streets and onto the court.

This summer, the city launched Hoops After Dark with the help of the Cleveland Cavaliers.

The six-week program, which culminated this week, gave men ages 18-36 a chance to feel like NBA all-stars.

The program involved tryouts to form eight teams, and those teams competed over multiple weeks in an NBA-style basketball tournament.

But the program involved more than just basketball.

Basketball was BACK at @RMFieldHouse on Monday night 👀

In partnership with the @CityOfCleveland and @MayorBibb, the Hoops After Dark program culminated with a Championship game for the ages.

Shout out to the 112 young men who actively participated over the six-week program! pic.twitter.com/H1ZKCF3H5i

Before each game, players were required to attend workshops to learn certain life skills, being job ready and being financially stable.

Selassie Wilson tried out for the program after hearing about it from his brother who also took part.

"At first, it was just for basketball, but as time went along we got introduced to the workshops and networking with different people," said Wilson. “It’s just helping uplift the community and bring us together."

“Programs like midnight basketball have long shown to reduce crime in many cities across the country,” Bibb said courtside at the championship game for Hoops After Dark on Monday at Rocket Mortgage Fieldhouse. “It should feel, residents of the city feel optimistic that we’re giving these young leaders active things to do to get involved in their community and knowing that these programs can truly make a difference.”