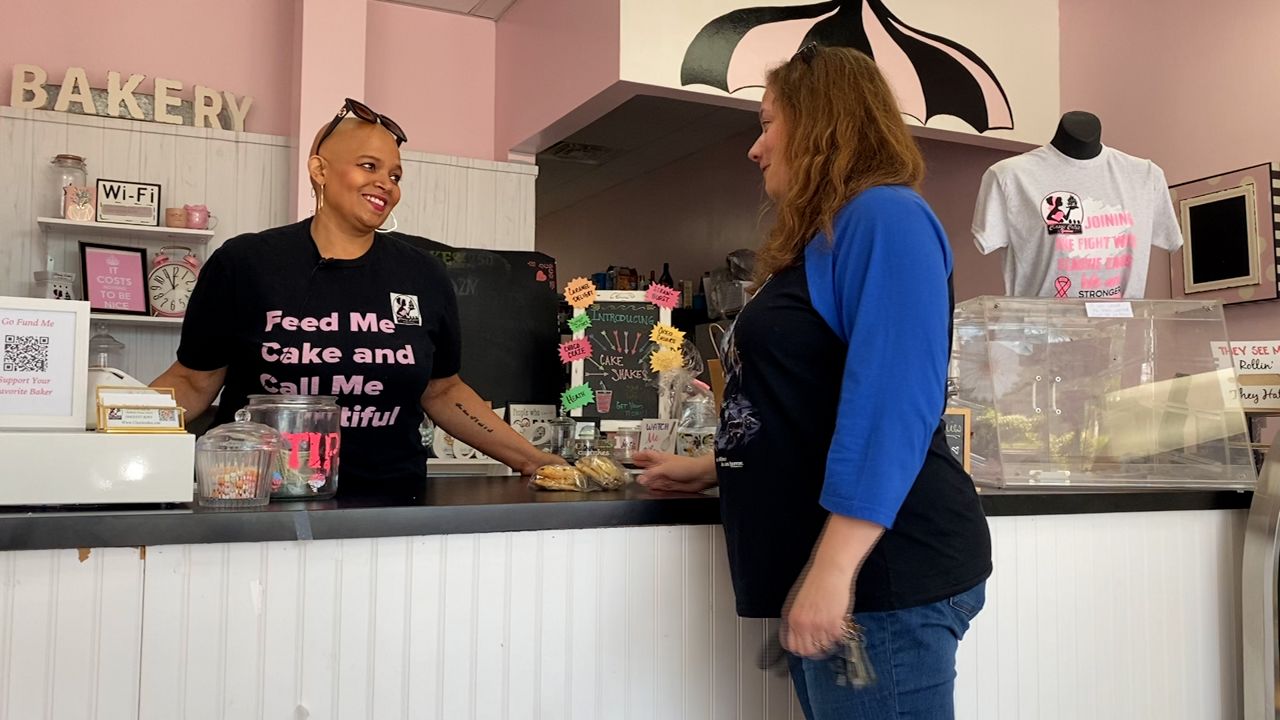 ELYRIA, Ohio — Yvonne Chisolm, owner of Classie Cakes by Yvonne, has had hardships throughout her last three years of business. She, however, is in her biggest battle yet—the battle for her life.

She was diagnosed with stage-three breast cancer in March and she said it has been one of the scariest times of her life.

It is her first time battling the disease herself, but has spent many years supporting the breast cancer fight. Since her business opened, she has made cakes in October in honor of Breast Cancer Awareness Month, and given them to people who have struggled with the disease.

“We do about 100 cakes per year,” she said. “I come in and I make 10 cakes per day and any woman that walks in that says that they battled it or are currently battling it or have someone that’s at home and can’t get out of bed to come in and get their own, they come and get cakes.”

Last week, she finished chemotherapy, but she still has another fight ahead. In September, she is having a mastectomy and will have to close her business while she heals. She has fears of what could happen to her business and herself.

“The scary part is the bakery is my only income, so that’s a hard thing for me,” she said.

Instead of letting these fears take over, she remains positive throughout these difficult times.

“I’m a fighter and that’s the best thing you can do is fight. Fight for your business, fight for your health,” she said.

There are no guarantees that she will beat cancer or her business will survive, but she’s hopeful and has continued to make plans for her future. Her plans include planning a wedding with her fiancé and expanding her business.