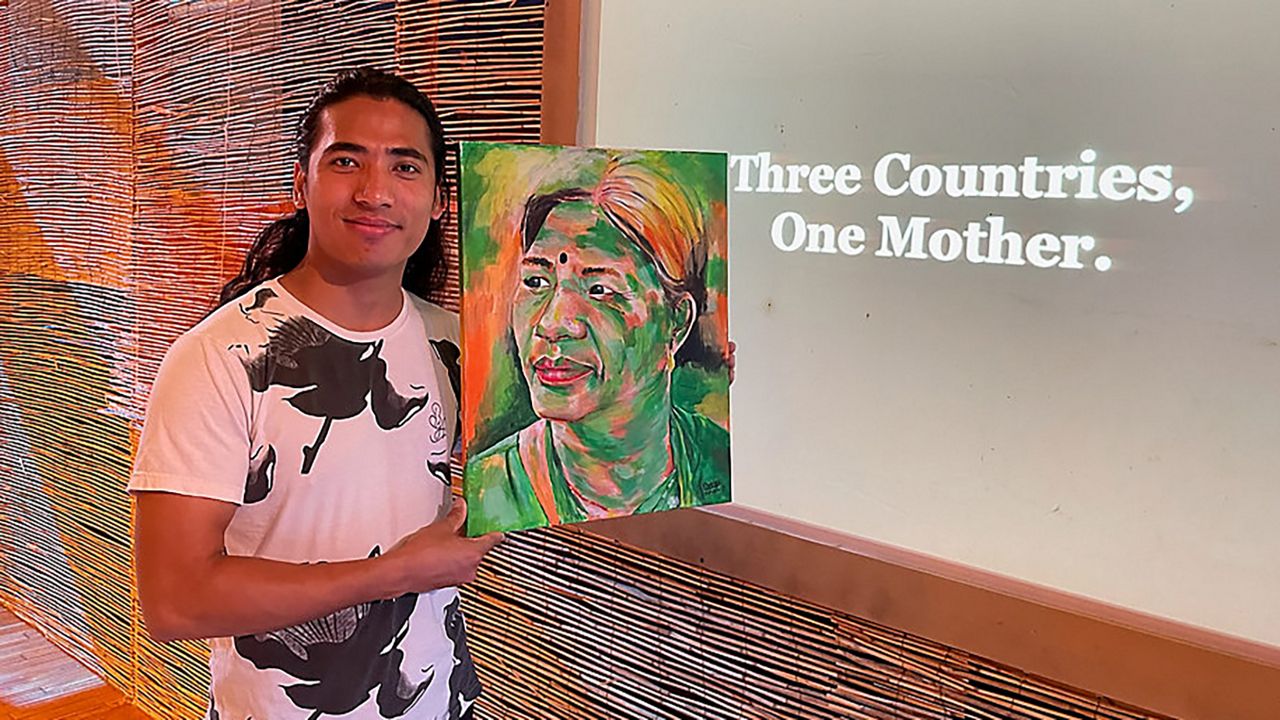 
“We try to present the story that is not really on the mainstreams most of the time,” Bal said.

Through Aug. 14, Bal is acting in a show that he co-wrote called, “Three Countries, One Mother."

“This show is about the life history that I have lived through,” Bal said.

He said the play honors his mom’s commitment to providing his family a better life. They moved from county to country as refugees.

“My mother was born and raised in Bhutan, and they came in Nepal and became a refugee. That's where, like, I was born, in the refugee camps, and I grew up there,” Bal said. “In around 2008, ... we had an opportunity to go to the third country resettlement and where that—we pick Akron, Ohio, and come to the United States with my whole family.”

Working day and night in the fields so the family could have food to eat is just one of the ways that Bal said his mom supported the family.

“When I was in the refugee camp, I thought, ‘This is the time. This is the life that we have.’ Right? And somehow, like, you don't have any comparison with anyone, any type of life, and so you accept somewhere like, ‘OK, this is what it is,'” Bal said.

He said he didn’t realize they were living in what he calls survival mode until they left the refugee camps.

“When I came here, now, like, I start[ed] to realize that, wow, the way that we were growing up was really, like, sad in some way. That where we didn't [have] a proper education, proper treatment for health or anything, anything like that,” Bal said.

Bal said he feels lucky to live in the United States now.

“I have an opportunity to share my story, and it's almost like a dream [for me]—[my] dreams came true,” Bal said.

He said he thinks Akron is the perfect place to perform his play.

“Akron is sort of like this welcoming city for the immigrant [community] and this is the story of the immigrant and his struggles over from their life story. I really think that it will do well here,” Bal said.

He said his family agrees.

“My, like, whole family came, except my dad. They had very, uh, I think they, they [were] moved by the story a lot, even though they didn't really speak English, they could, like, understand with the actions because it's their story,” Bal said.

If you're interested in attending the show, you can purchase tickets here.