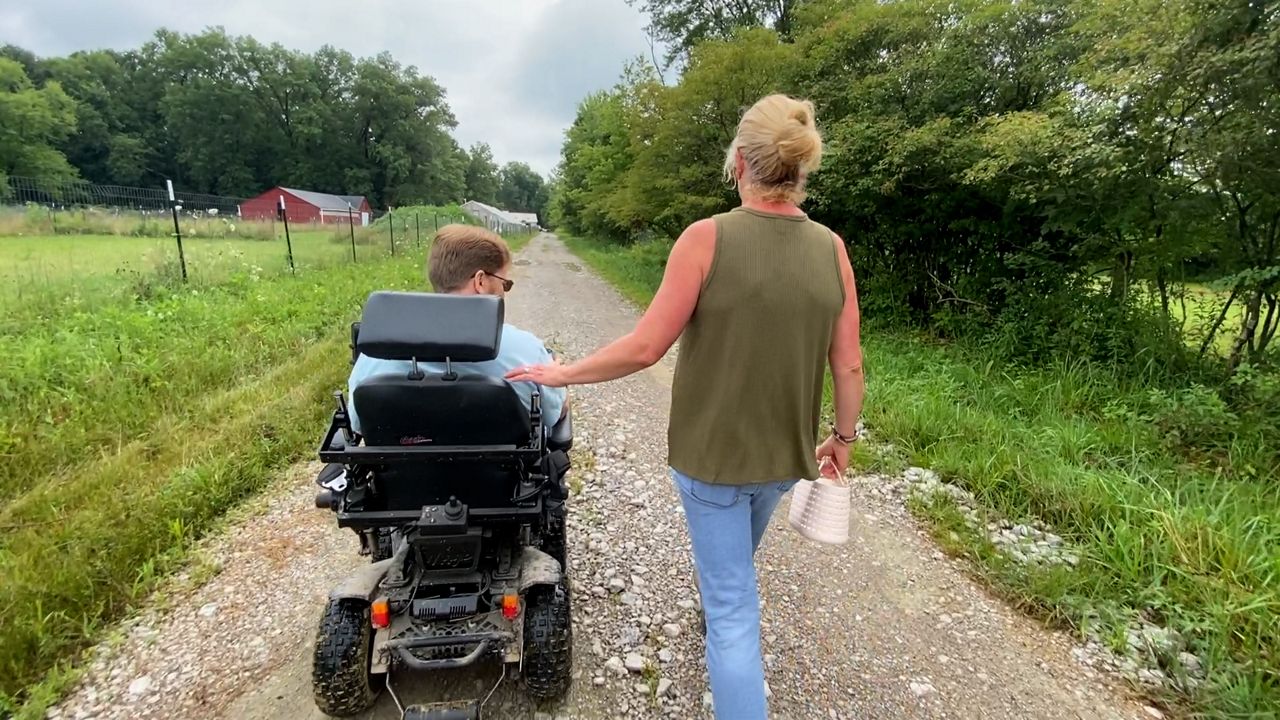 Yvonne and Eric walk to the garden at their farm. (Katie Kapusta/ Spectrum News 1)

Farm offering adaptive cooking class to help those with disabilities

LOVELAND, Ohio — Cooking is a skill many people do every day and may not think twice about. But for some paraplegics and quadriplegics, it’s something that needs to be re-learned, or can’t be done at all.

One Ohio couple is working to change that.


Yvonne and Eric Boltz were married 10 years before Eric’s bike accident- which left him paralyzed from the chest down.

But the couple made the best of the situation- and for them that meant buying a farm.

Boltz to Nutz farm grows many types of produce that can be used in the kitchen. But the farm is more than just a place to grow fruits and vegetables. 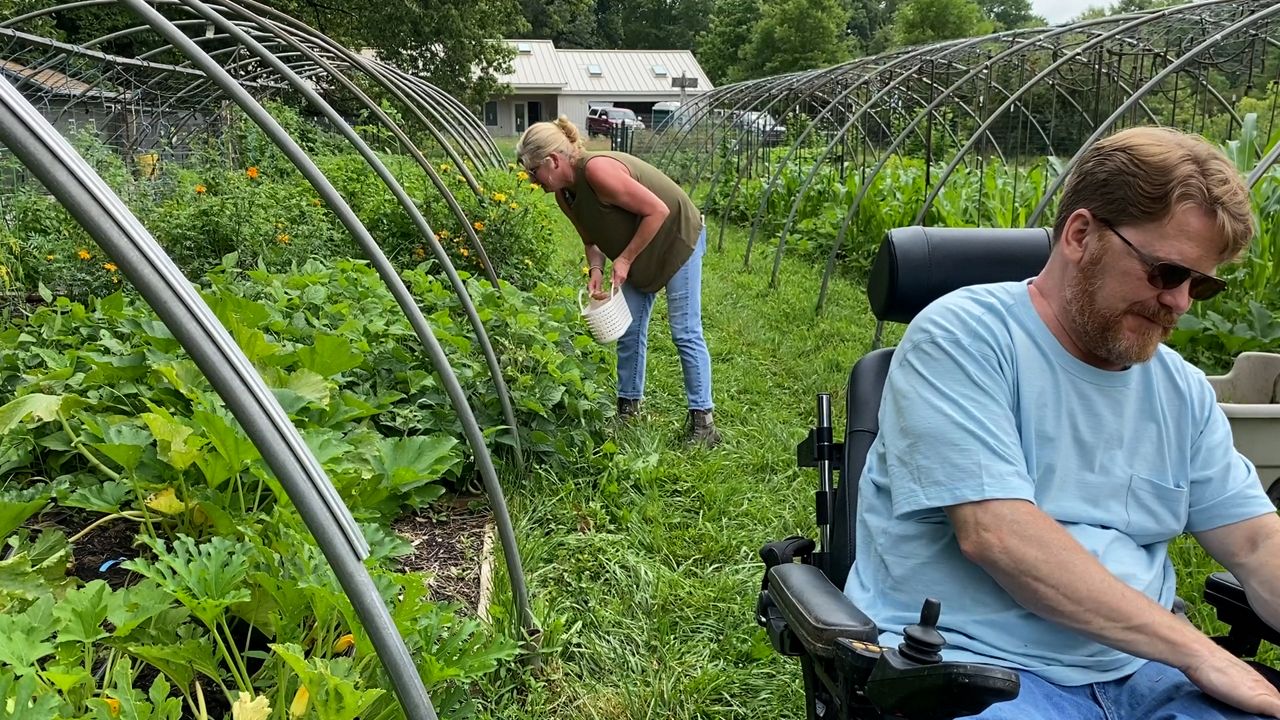 “We want this to be a place of solid ground and acceptance and healing for people who need it," Yvonne said.

It will be a place for people with disabilities, and healing from major injuries like Eric, to re-learn basic life skills.

“For him to be able to have that full life and contribute, to help other people, to invent, to create, those are things that make us human," Yvonne said. "The ability to just participate. And it’s not like any of this is. The kitchen isn’t something that makes it easy, it just makes it possible. And that’s what’s important, is helping people find that possibility.”

And in the kitchen is Eric, turning freshly picked produce into lunch- something he wasn’t able to do for a long time after his injury. 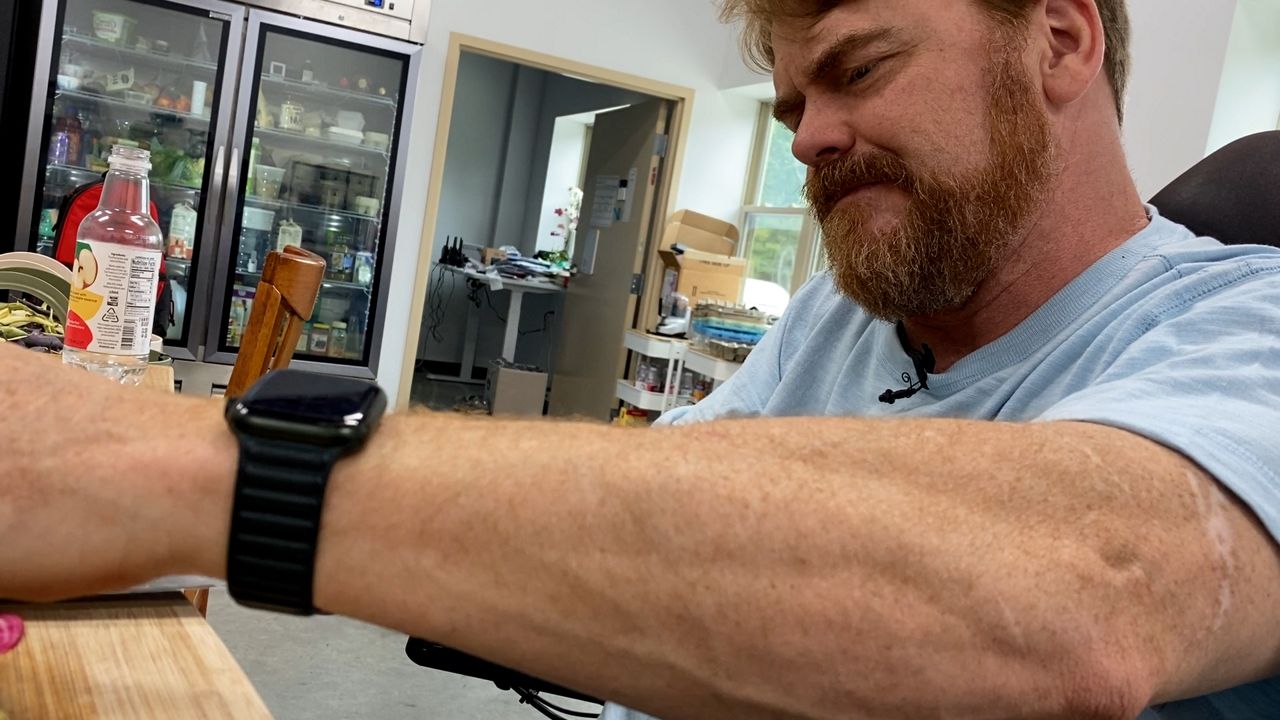 “I took a couple years off there, actually I took a few years off," Eric said. "But yes, I used to cook quite a bit.”

But thanks to some new tools, like roll under countertops, he’s back to learning how to do something he loves.

“Even this, cutting something from the same height, you don’t have that bodyweight leverage that you had from the standing position," he said. "So you have to kind of learn.” 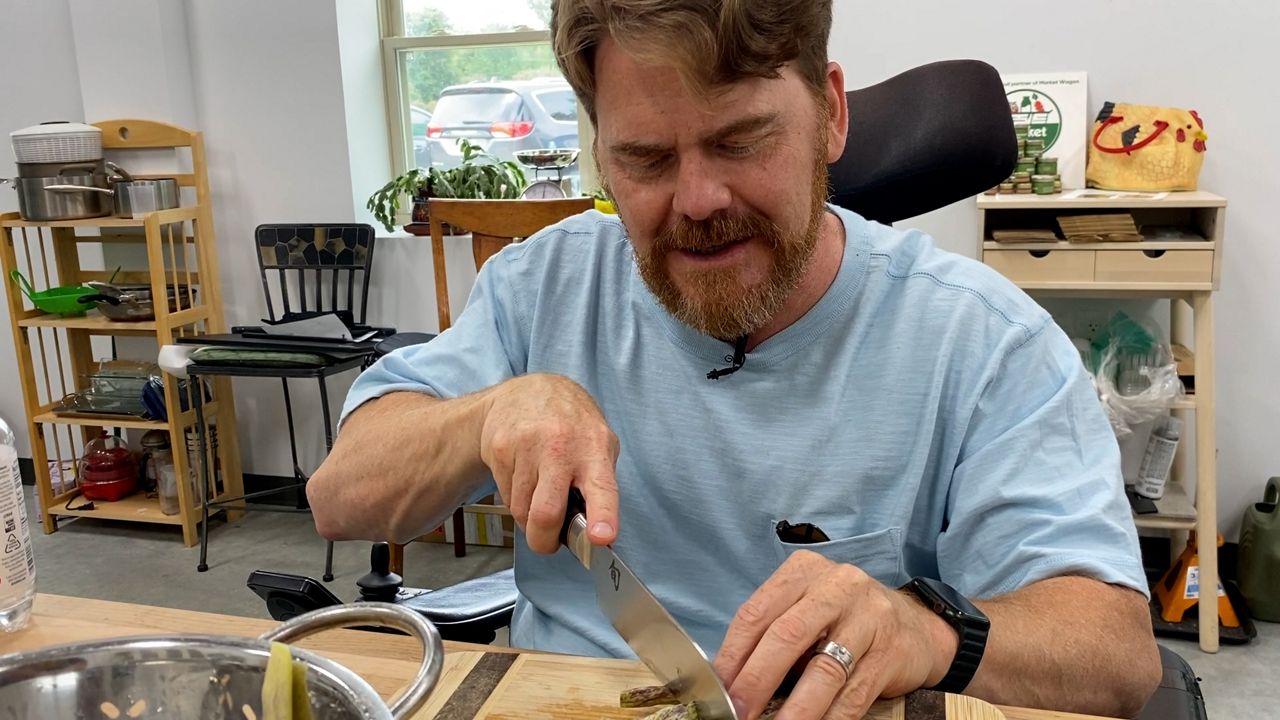 He remembers how he had to do things before this adaptive kitchen.

“I could crack an egg with one hand, which means I’d have a paper towel to wipe my fingers off because I’m not perfect," he said. "I would literally cook one-handed. I did very little cooking.”

Which is why he hopes other people with disabilities will find tools like adjustable cabinets and French door ovens especially helpful in gaining independence. 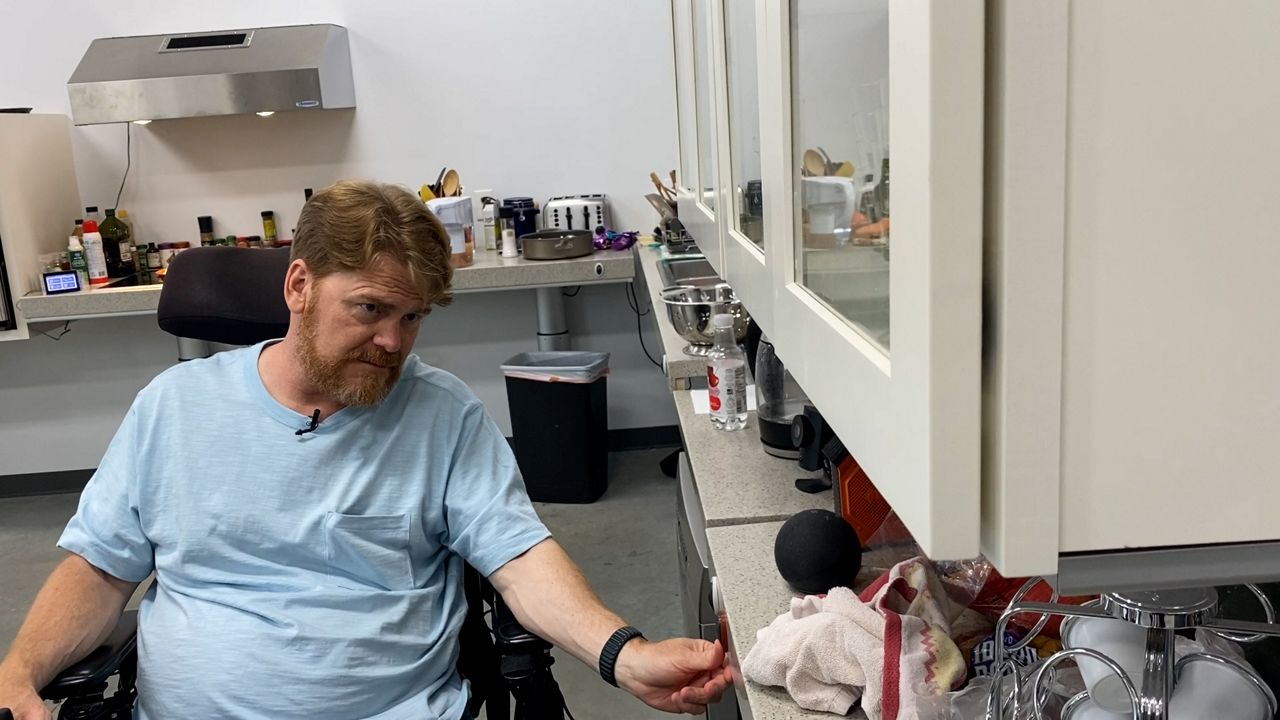 But Eric doesn’t let learning a new way of doing something keep him from trying.

“How to cook and what things to combine, that’s all there," he said. "But I’m still learning adaptive cooking because it’s all new to me. As Yvonne says, adaptive or accessible doesn’t mean easy, it just means possible. So it’s kind of trying to find the best ways to do things.”

Yvonne and Eric’s first adaptive cooking class will be Aug. 14 at their farm. For questions or to RSVP, contact Yvonne at yvonne@boltz2nutz.com.