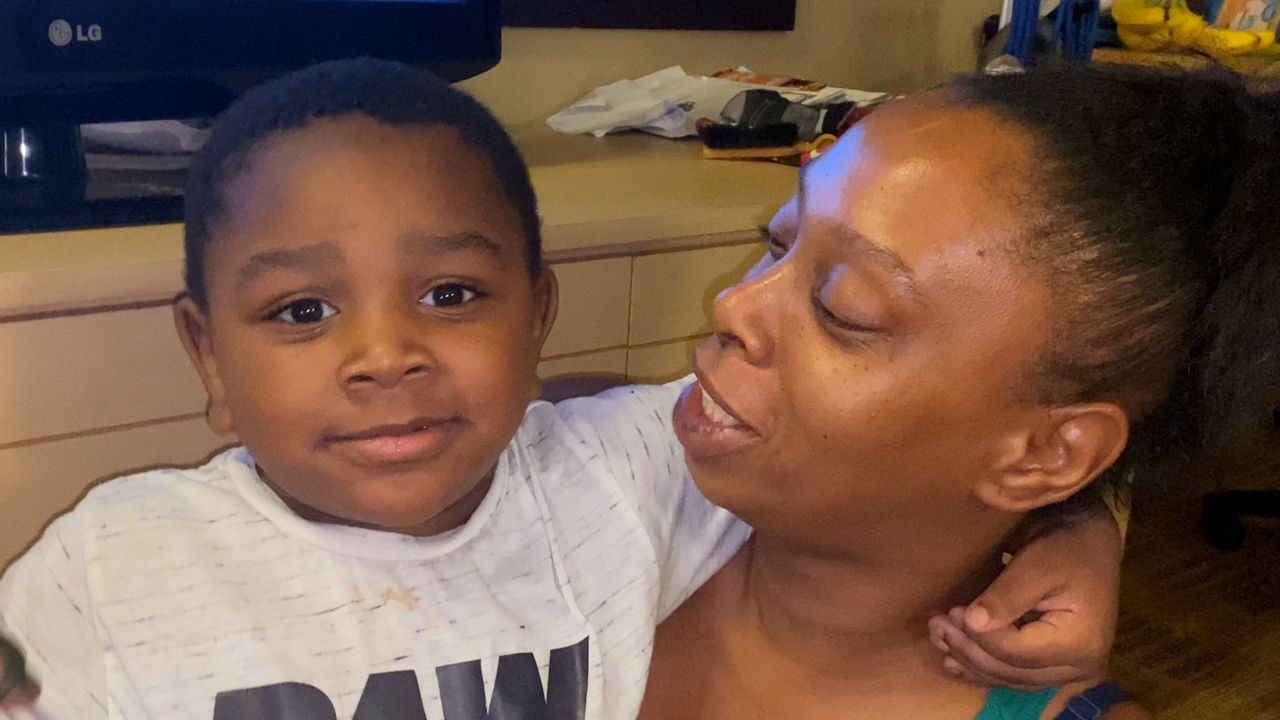 'Why do I keep hearing no instead of yes?' Housing voucher recipients struggle to find rentals willing to take them

CINCINNATI — With limited space in her extended stay hotel room, Brittany Clark has had to get creative to make a home for her family. The two-foot gap between the bed and the dresser is her toddlers’ playroom, the sink and hot plate on the counter serve as her kitchen, and she’s even learned how to bake garlic bread in the microwave. Most of her time, though, is spent at her makeshift desk, emailing, calling,and filling out any application she can find to try and find a more permanent place for her family to live.

The problem isn’t that she can’t afford a rental for her family; it’s how she will pay for it. Clark has a housing choice voucher, but for the past five months, she’s struggled to find any landlord willing to accept it.

The housing choice voucher program gives federal assistance to low-income families, the elderly, and disabled persons to help them afford housing in the private market through Section 8. The voucher covers some or all of the rent of its participants, usually about 70%, provided they remain in good standing with the program, can find a rental that passes an inspection with a representative from Housing and Urban Development, and find a landlord willing to participate as well.

That last piece, Clark said, has been her greatest challenge. 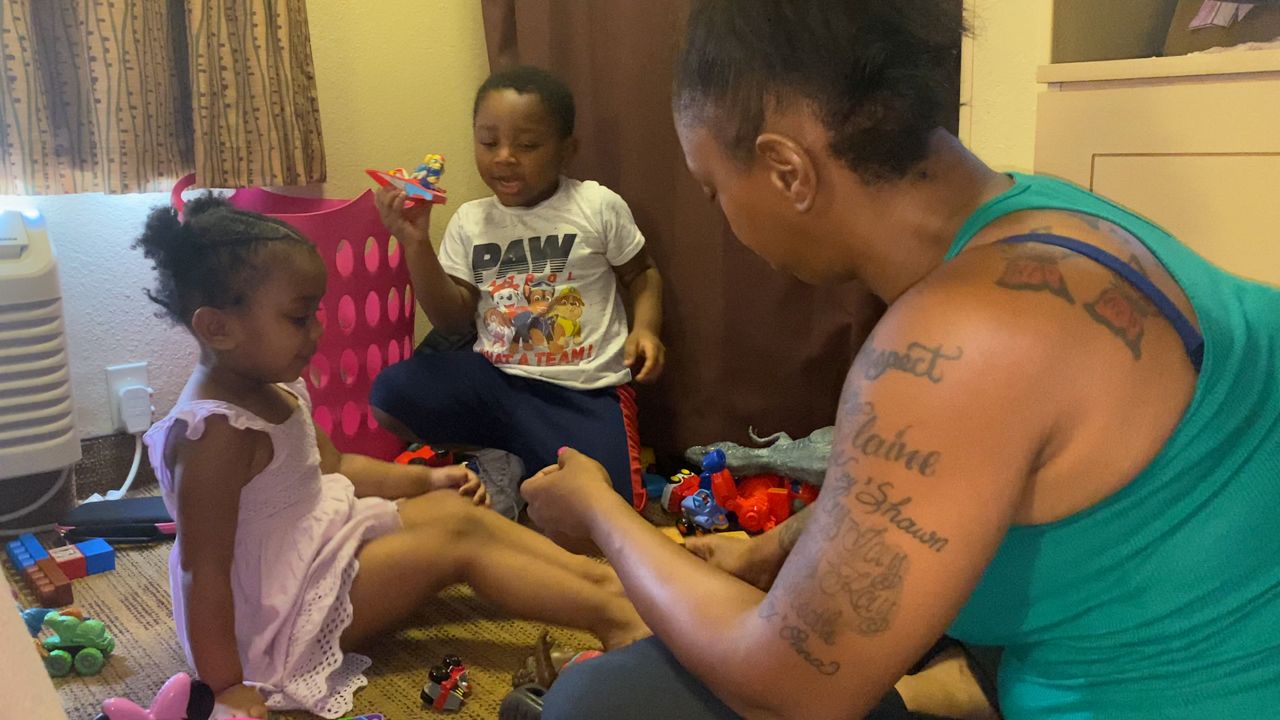 Clark plays with her two youngest children in their extended stay hotel room.

Time after time, she said her applications are denied, or more often she never hears back from the landlords at all.

Clark has been on the voucher program for years, consistently paying her portion of the rent, about 30%, to her former landlords, while the voucher covered the rest.

The system worked well until about five months ago. Due to a lack of maintenance and growing safety concerns in her previous unit, including one incident in which a child’s foot broke through the floor, Clark decided she needed to move out.

“I just want somewhere that’s safe for my kids,” she said.

Clark still considers that the right decision, though she didn’t anticipate how difficult it would be to find another place to live.

She has two toddlers and three teenagers, who when not working themselves, help her with the search. For the past month and a half, she's been able to get temporary housing through Community Action Agency, which has paid for the hotel stay, but she knows if she doesn’t find a place soon, she fears she could be out on the streets.

“It’s stressful,” she said. “I’m willing to take anything at this point.”

“Miss Clark is not even my only client with five kids looking for a home right now,” she said. 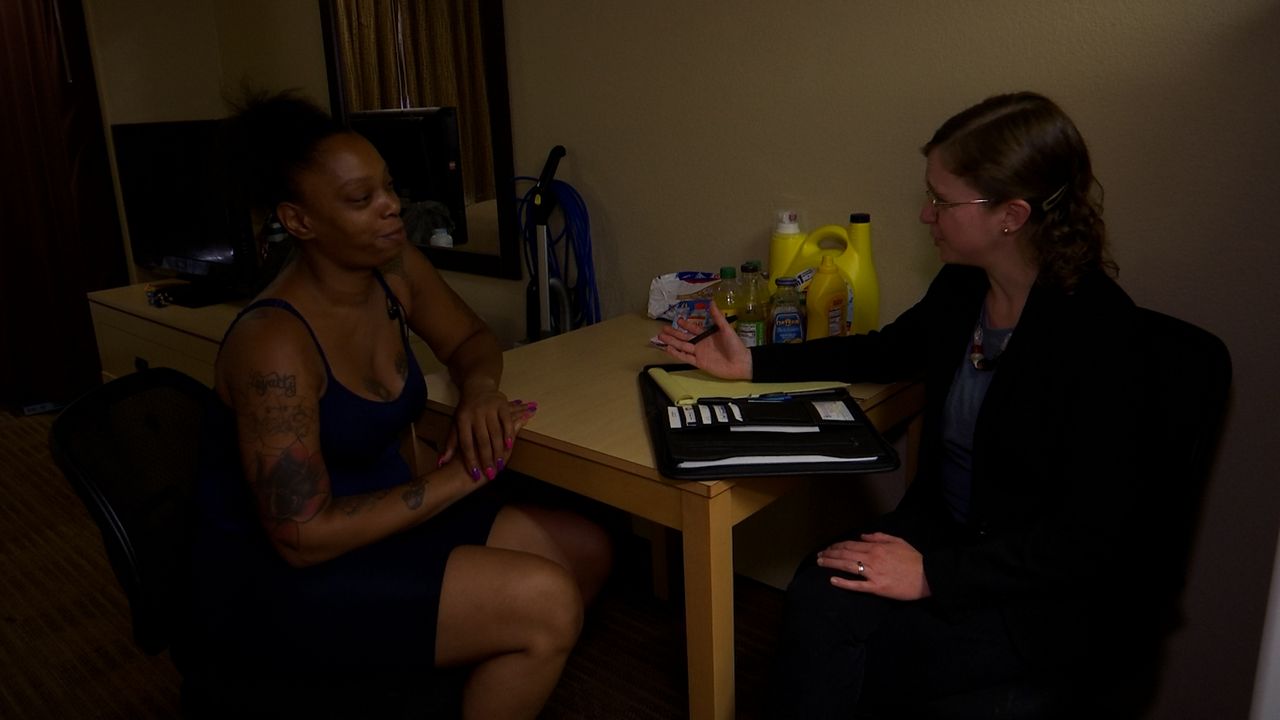 There are roughly 10,600 families in Hamilton County on federal housing choice vouchers through the Cincinnati Metropolitan Housing Authority, with 1,600 on the waitlist and about 1,200 actively searching for a place to use it.

Lesley Wardlow, CMHA's spokesperson, said those recipients get 90 days to find a suitable unit with a participating property owner. Then the landlord goes through a unit background check and an inspection, which can take two to four weeks.

Increasingly though, Wardlow said a number of recipients have struggled to find a landlord willing to go through the process within that time frame.

"Because of the changes in the market due to the pandemic," she said. "We have been offering families more than one extension."

Legal Aid is seeing the impact as well. Over the past several months, Byers said her office has been getting an increasing number of calls from recipients, who like Clark, are struggling to compete in the current rental market.

“Landlords have their pick of people who want to rent from them, so it’s very hard to convince a landlord to accept what the voucher will pay,” Byers said.

Byers blames a lack of housing at every level, but especially affordable housing. With the market rate for rentals rising rapidly, there’s more competition for those few available affordable units, which she said is driving up the price as well.

“People who would otherwise be renting and who are perfectly good tenants who would be able to pay rent, are being priced out,” she said.

The problem is not unique to Cincinnati. In 2018, Urban Institute released a study showing limited units and high rejection rates for voucher recipients across the country, with many landlords citing "red tape," and concerns that voucher recipients would not be able to pay for the unit in the long term. The more competitive the market and the looser the legal protections for housing discrimination, the higher the rejection rates.

"Give people a chance"

With five kids, Clark faces another major hurdle. Her voucher will only apply to four- or five-bedroom units, which are in short supply as well. Though she’s come close a few times, she said she hasn’t gotten any landlords to commit through to the inspection.

“One landlord told me that I got the house and had me all excited, told my kids I got it only to give it to somebody else,” she said. “Why do I keep hearing no instead of yes?”

Wardlow said CMHA has tried to make the process run more smoothly for landlords, offering virtual inspections in the wake of the pandemic, and has increased the amount the vouchers pay to try to meet the market rate rent. Last year, the agency offered a temporary incentive of up to $2,000 to become part of the program and she said it's considering another incentive this year.

"We're continually working to improve our processes," she said.

As for Clark, with her voucher set to expire at the end of August, and her days in the hotel numbered, the matter feels more urgent every day.

"I just want to get out of here, and you know be somewhere you know comfortable and I can relax and enjoy my home and it actually feel like my home,” she said. “Give people a chance, you know?"