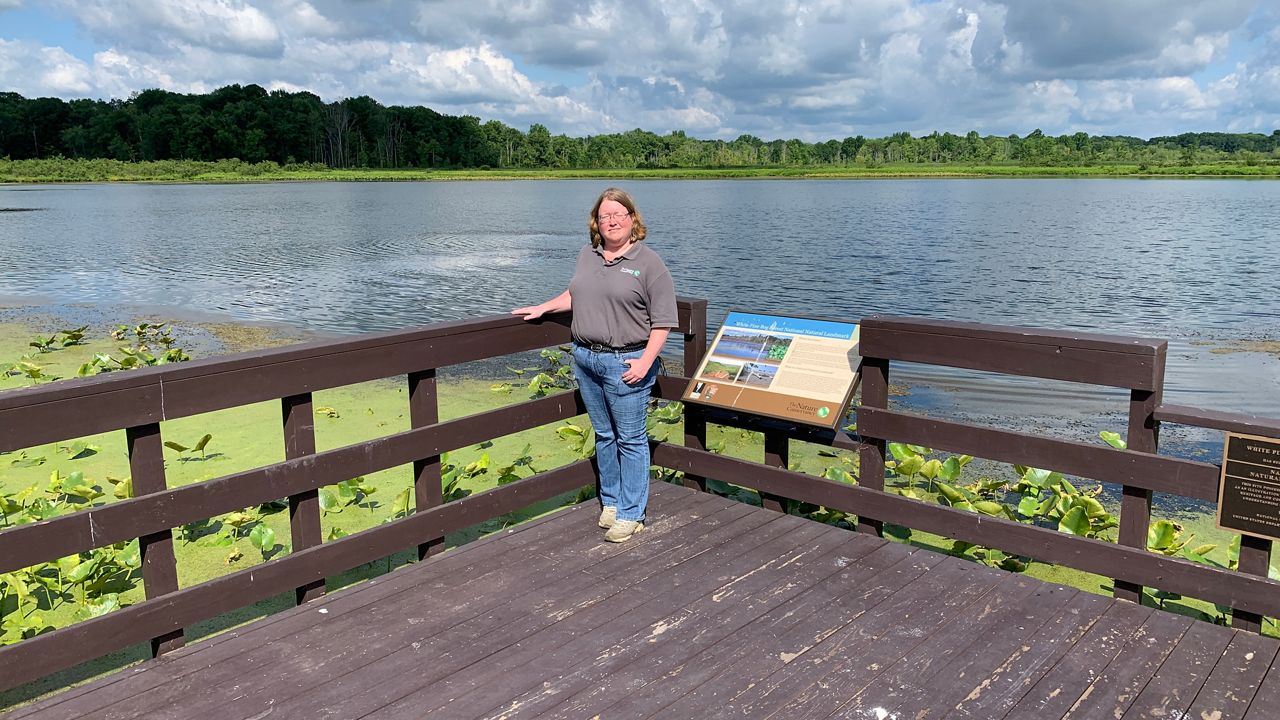 BURTON, Ohio — At the Lucia Nash Preserve in northeast Ohio, there are hundreds of wetlands. To the average hiker, the preserve may look like a large forest, but to Marcel Weigand, it's nearly 650 acres of land she needs to protect.

“Here at Lucia Nash Preserve, you're seeing some of the most pristine, some of the most untouched glacial wetlands that remain in Ohio,” Weigand said. “We've got this really important, you know, native habitat that's been here for thousands of years, and we're trying to protect that and make sure that it remains for our future generations.” 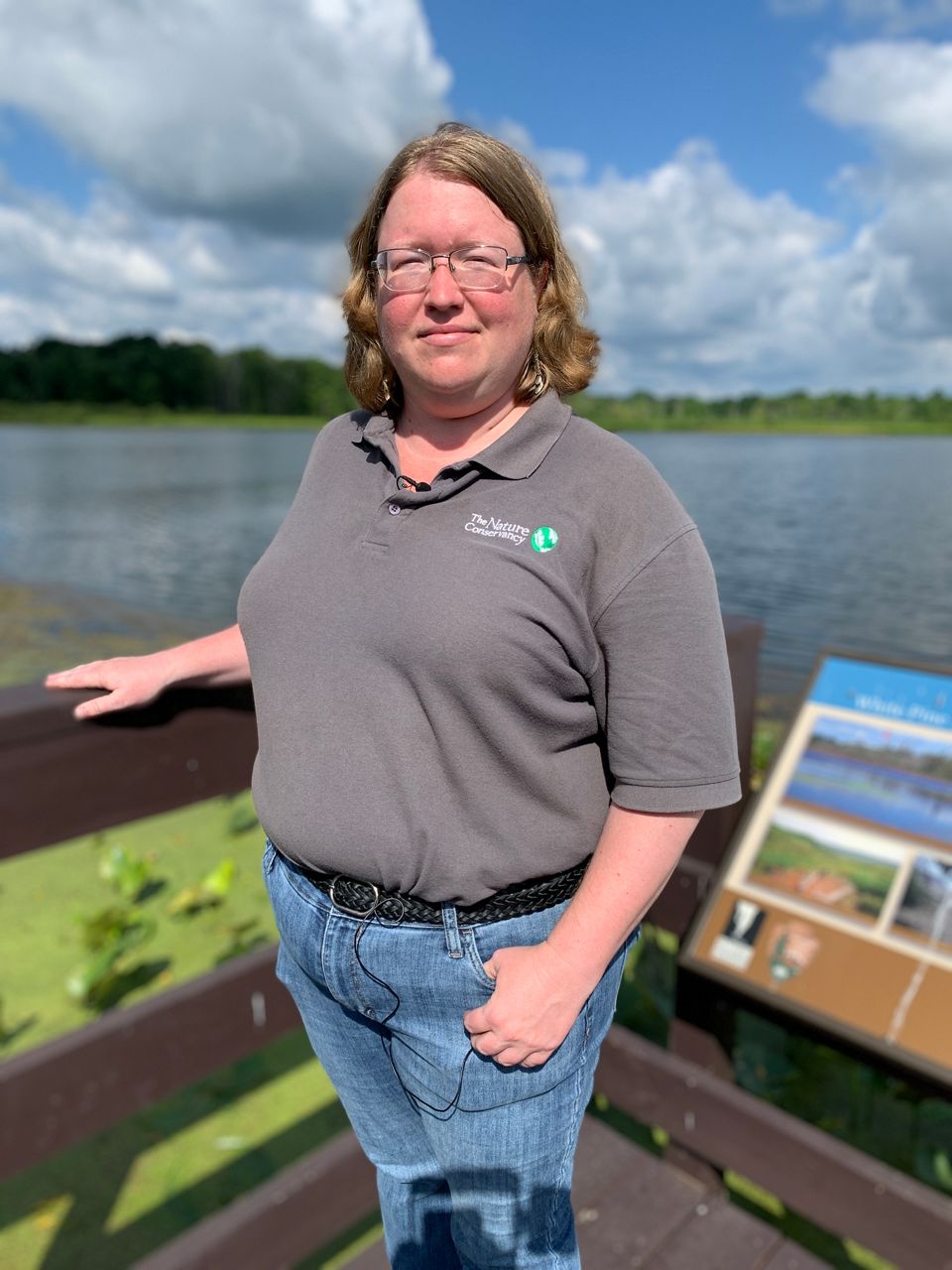 Weigand is the northeast Ohio conservation coordinator for The Nature Conservancy, a global nonprofit organization working to create a world where people and nature can thrive.

“This is a wetland marsh. It's got sedge meadow in it,” Weigand said. “As you can see, it's holding water. So that's one of the values of what wetlands do. It rains, they hold the water. Native plants help filter out the nutrients. They filter out the contaminants. It actually holds sediment so all that stuff isn't running into our greater streams and rivers and eventually into Lake Erie or the Ohio River.”

She calls them nature's kidneys because they filter pollutants from the water that flows through them.

“They also serve as, like, loading areas for water to stay in when [there is a] rainfall event, which keeps your house from getting flooded, which is nice,” Weigand said. “When you have your storm events, your big flooding events, all that is going to overload your storm systems and your water systems if you don't have any of this filtration that acts as a natural barrier.”

According to The Ohio Wetlands Association, Ohio has lost more than 90% of its wetlands, largely because of agriculture, real estate development and the expansion of recreational areas.

“When we have more severe and more intense and more frequent rain events, or just unpredictable rain events like we're going to have as our climate continues to change and warm, we're going to have a need for these type of wetlands that hold the water when it rains,” Weigand said. “If you don't have something holding the water when it rains, it's going to sweep in, erode. Take out your topsoil, take out your infrastructure, flood your roads, flood your home. So it's really important to have these kinds of habitats around.” 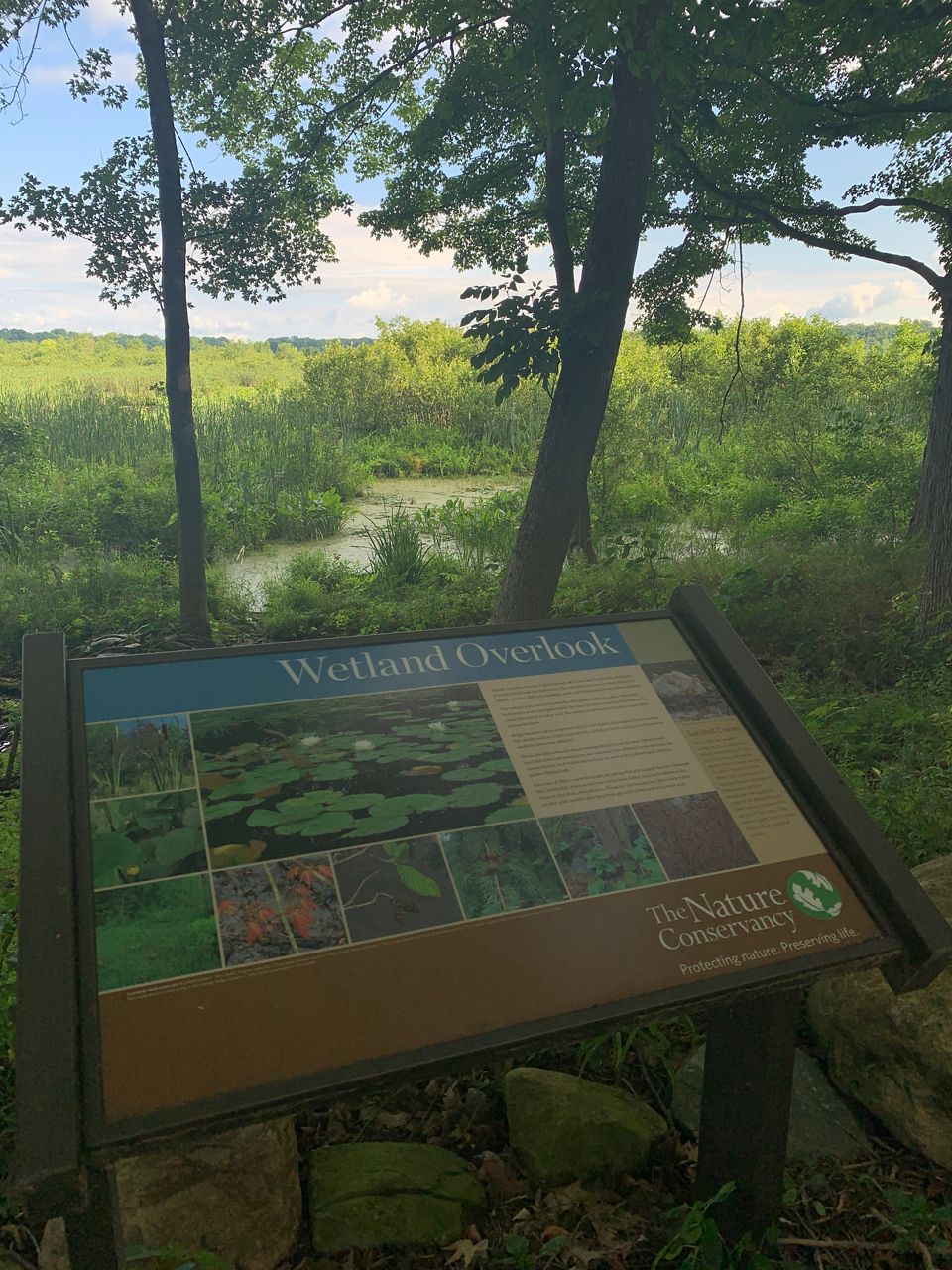 The Nature Conservancy works throughout the state to restore and create new wetlands.

“We need wetlands. They're vital, important habitats. They protect not only animals, but they protect us as well,” Weigand said. “They protect us from climate change, and that's going to become an increasing role as the years progress and they protect us from nutrient loading and sedimentation and erosion and just so many things, protecting our infrastructure from being overwhelmed.”

Local homeowners can help, too. Weigand said limiting use of fertilizer on lawns, planting native plant species on your property and reporting illegal wetland fills can help protect the last remaining resources.

She said people are a part of nature. Instead of destroying it, she urges us to take care of it and protect it.

The Lucia Nash Preserve is open to the public from April to November. For more information about wetlands and ways you can help The Nature Conservancy protect them, visit here.