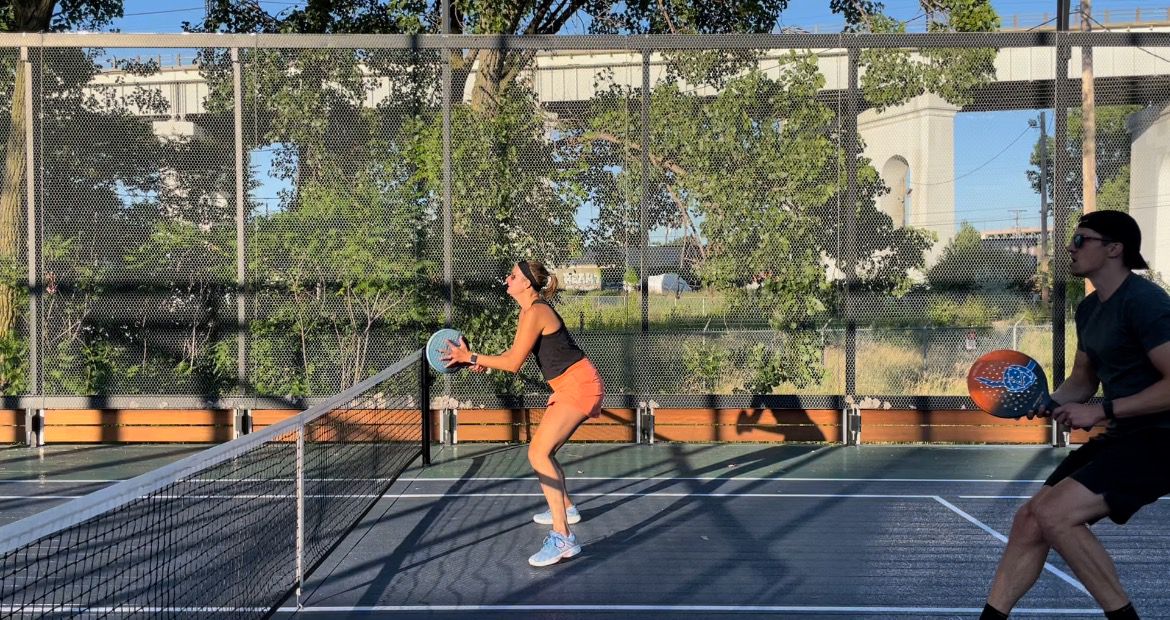 CLEVELAND — Sean Richardson is one founder of The Flats Platform Tennis Center.


"It's called platform tennis because we're playing on a platform. We're 4 feet above the ground on a[n] aluminum deck," Richardson said. "There is a heating element underneath the courts that provides heat and fans to blow the heat around to melt precipitation, mostly snow."

Richardson said he wants people to know that this sport differs from regular tennis.

"The difference in this game is you can play it off of the screen, which is behind me, is chicken wire, 12 feet high. So it extends the point. In tennis, when the ball goes past you, the point is over. And this game, when it goes past you, you get a second chance to play it, to play it off the wire," Richardson said.

"There is no paddle in Cleveland from Shaker Square going west and that's two-thirds of the town. So downtown, on the west side, had no paddle," Richardson said.

He said the center makes the sport more accessible.

"Right now, you have to belong to a country club or a tennis club to play. And this is a more public, facility like a YMCA model," Richardson said.

He said his goal is to do some outreach work.

"So one of the reasons we built this is to work with disadvantaged youth. So think from [marginalized] neighborhoods, we're going to bring kids in after school and we're going to spend time on the courts," Richardson said.

He invites those interested in learning the game to stop by their facility.

"This is a great, fun way to spend time in Cleveland outdoors, of course. Now, it's a perfect night at 75 [degrees], I'd say. But also in the winter,  we're all cooped up. That's how I first started playing this," Richardson said.