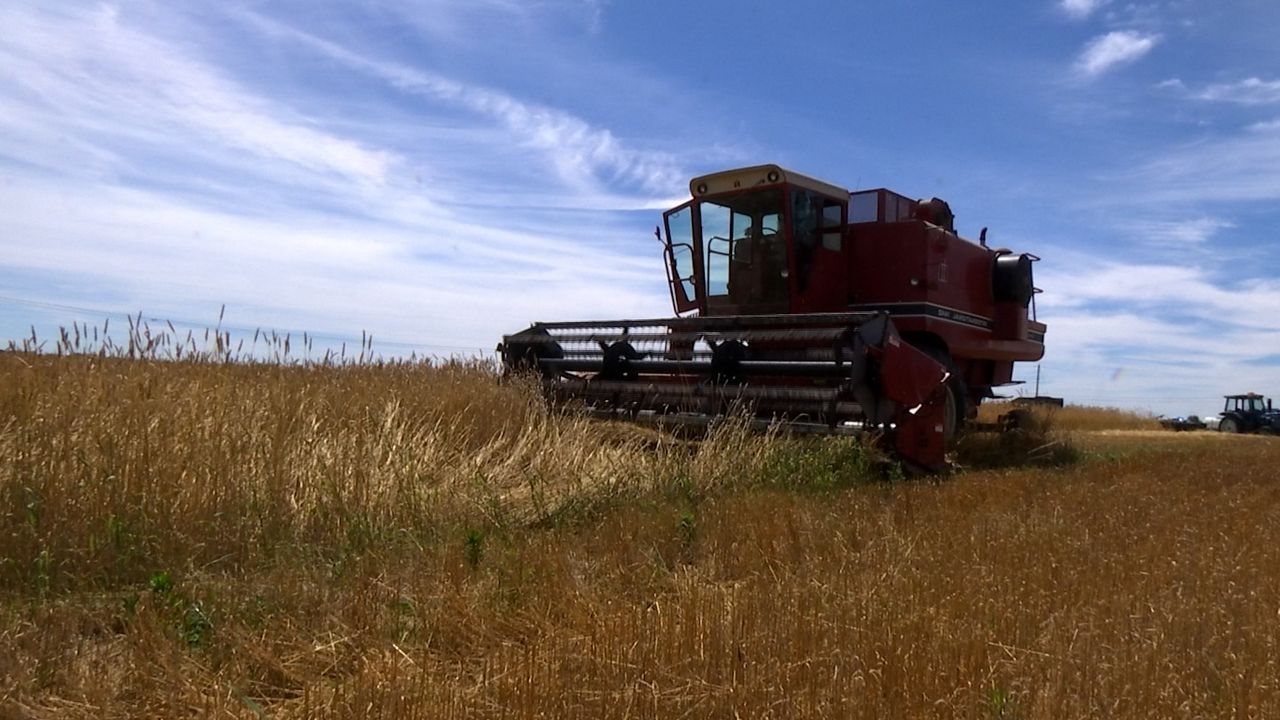 After five generations of farming left his land worn, this Ohioan went back to the basics to keep his farm sustainable

CLARKSVILLE, Ohio — In the early summer heat, Jon Branstrator’s farm is awash with color and life. His rows of corn rise knee-high as his soybean fields cover the ground in green, but his favorite features are what he calls his amber waves of grain, the acres and acres of bright yellow wheat and rye, towering as tall as him.

The 175-acre plot of land on the western edge of Clinton County has been in his family for five generations, growing grain for more than 200 years, but Branstrator said by the time he took over, sustaining the land for future generations meant making changes and preparing for challenges his grandparents never could have imagined.

When his father ran the farm, Branstrator said input-driven agriculture was the standard. It was all corn, no livestock and relied on heavy machinery and herbicides to secure as big a profit from the yearly harvest as possible. 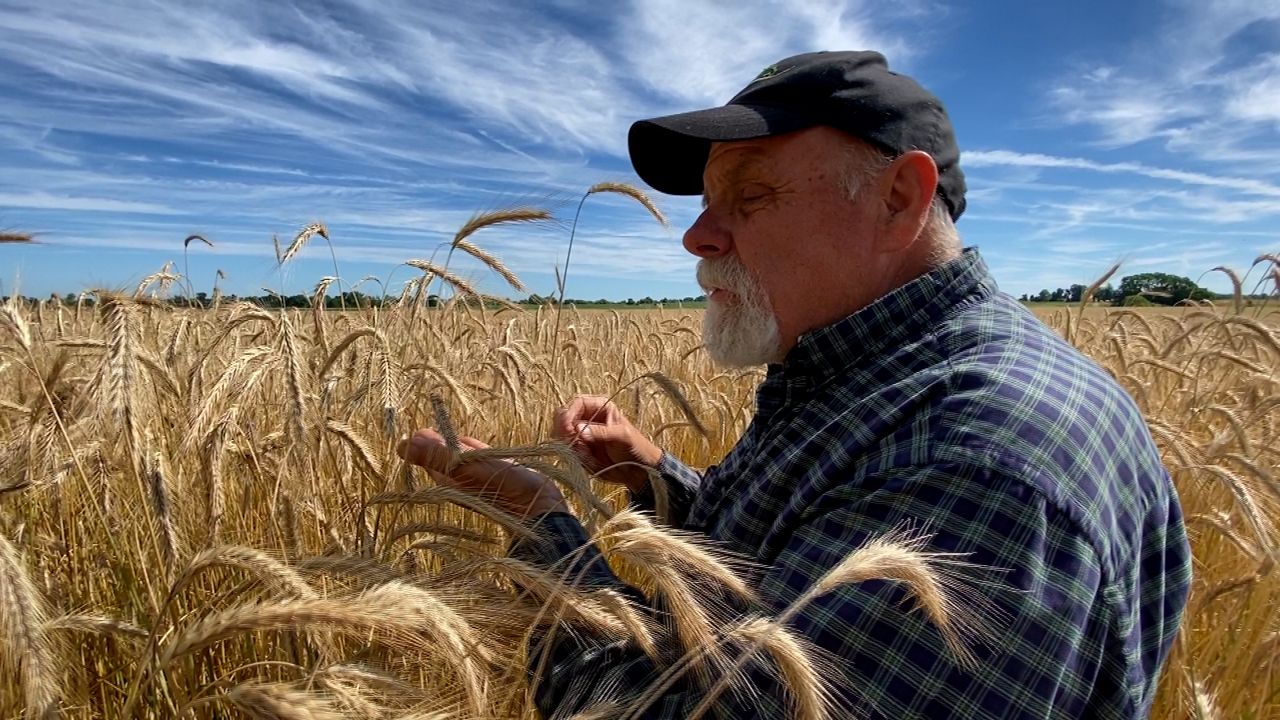 Branstrator checks to see if the wheat is ready for harvest

“Mechanistically, it worked well, but for the soil, it was terrible,” he said.

Branstrator said topsoil constantly eroded away, especially when the fields were left bare all winter. Rain would carry the top layer of ground away, filling the drainage ditches and leaving the fields in constant need of more fertilizer and more attention.

By the time he took over, Branstrator said the cracks were beginning to show in the strategy and in the ground and he said inconsistent and unpredictable weather patterns proved those methods were growing more and more unsustainable.

“Those hybrid seeds have no ability to adapt to climate change,” he said.

That’s when Branstrator began to introduce more crops and more diversity to his fields. He set up a rotation of pumpkins, corn and soybeans, planting wheat and rye as cover crops to counteract the erosion.

“It’s just all residue and organic matter on the ground, so the raindrops hit that rather than hitting bare soil,” he said. “We’re working to bring it back, but it takes time.” 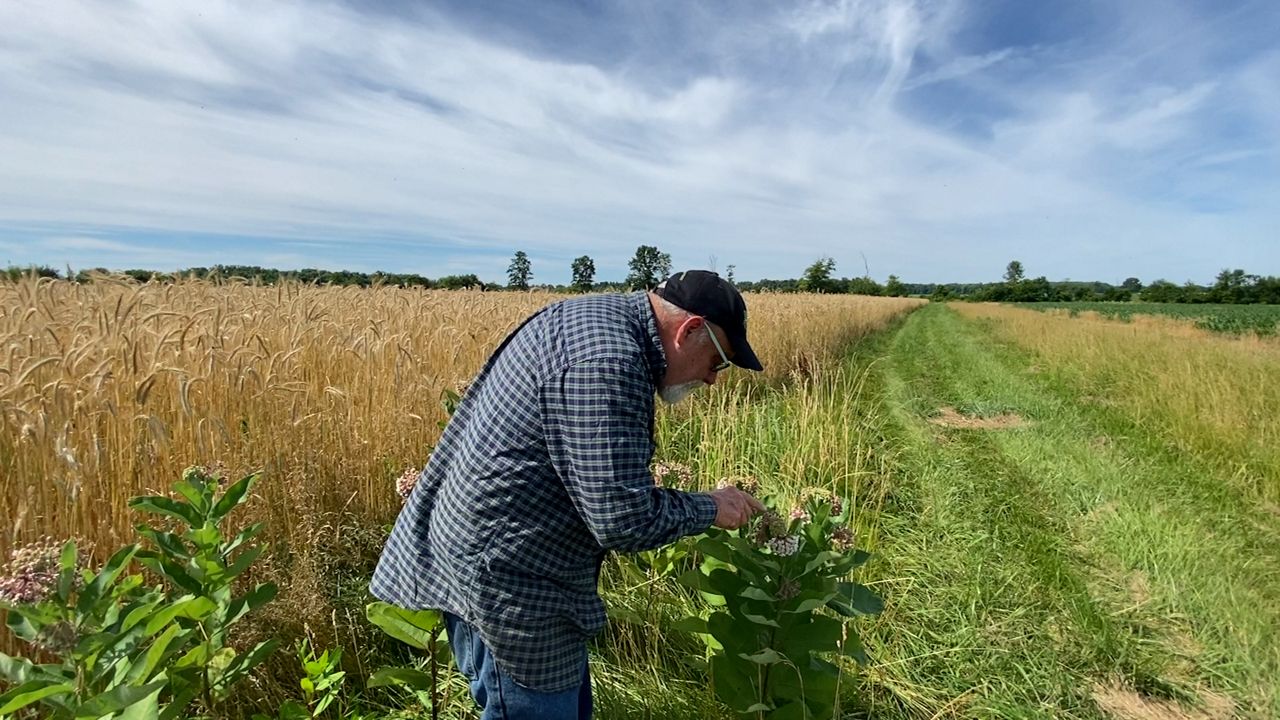 Branstrator checks out the pollinators finding habitats in his milkweed along the edge of his crop fields.

Meanwhile, the crop rotations gave his soil a chance to restore its nutrients.

The next to go were the herbicides and pesticides. Branstrator opted instead to grow native plants, like milkweed, around his fields to serve as habitats for local pollinators and beetles.

“This is the first monarch caterpillar I’ve seen this year, and I go looking every day,” he said, excitedly eyeing a striped worm making its home at the edge of his field. “Most farmers, when they see a bug, they figure out what to spray it with not realizing that the pests only become a problem because the predators are not there.”

Branstrator said he prefers to think of the farm as a part of the prairie ecosystem, though he said he can’t let the plants grow wild. He takes care to manage any native plants that migrate into the field.

“It’s a balance,” he said. “I want to increase the biodiversity of my farm, but I still want to have production and make a living.”

Branstrator said that’s why he hasn’t shifted away from commodity crops entirely, though the diverse species he prefers to plant aren’t always suited for the largest market, to be sold in bushels for export or animal feed, or for ethanol production. 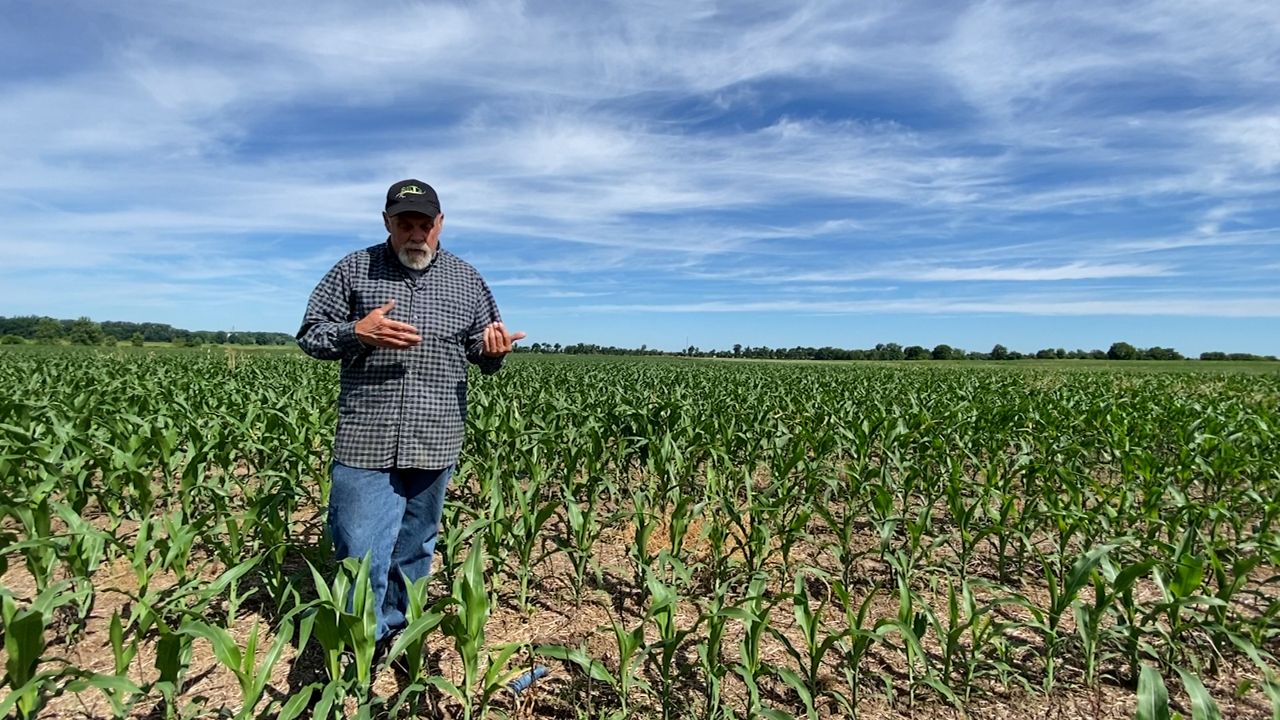 Branstrator still grows corn as a commodity but grows different species to make his field more resilient to climate change.

Those grits often come from local restaurants and bakeries that carry and cook with his grains. Branstrator partners with several in the Dayton and Cincinnati areas in the hopes of forming more and more partnerships. Eventually, he hopes to get to a place where he can collaborate with his buyers on what kinds of ingredients they’d like to see him grow or he could introduce a grain they’d never thought about adding to the menu.

“I really want to decommodify my farm to have a story and a destination,” he said.

Branstrator considers his farm in the beginning stages of its transformation, but he’s already seeing the results in his soil and in his plants, which he said are growing stronger and more resilient. Modeled after the prairie ecosystem he admires so much, he hopes more diversity and more interconnectedness will help sustain his land, his business, and the world around him.

"It’s a mere shadow of one, but still it’s some of that diversity, and it really helps,” he said.