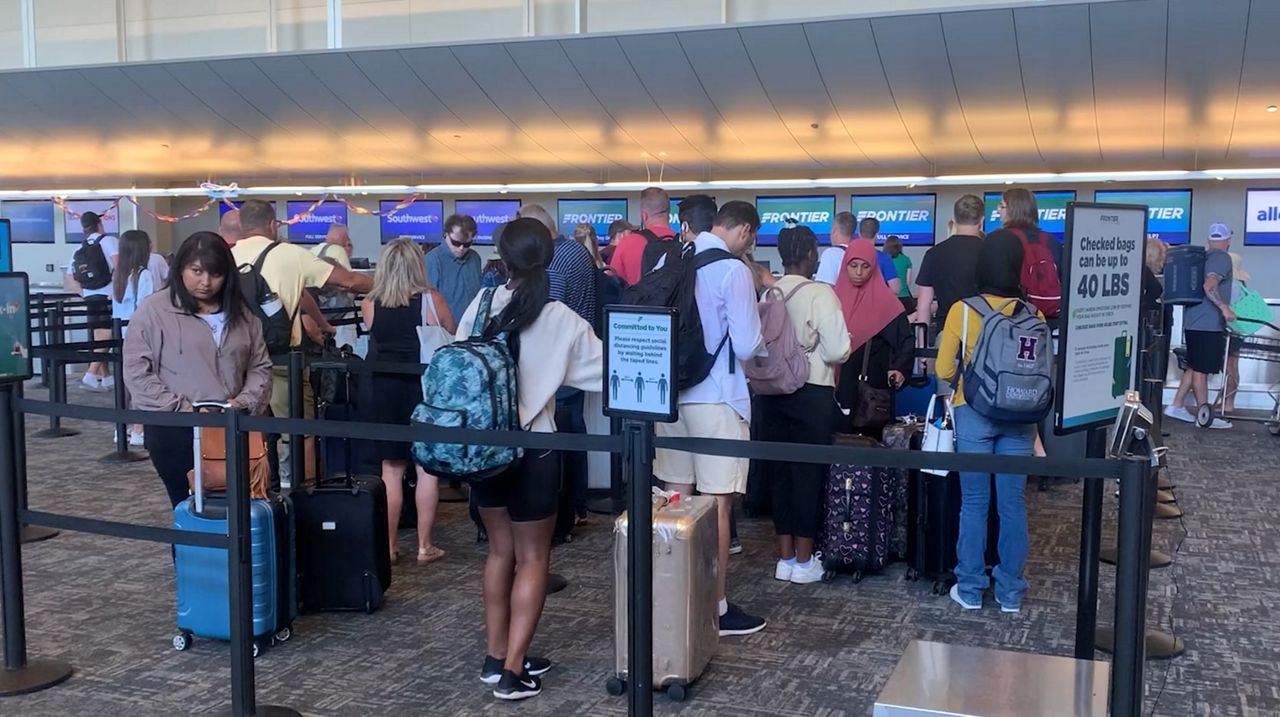 Airlines give tips for flying during summer travel

CINCINNATI — It’s predicted that nearly 3.5 million Americans will fly during the July 4th holiday and AAA expects the numbers to grow. The travel organization expects nearly 70,000 Ohioans to travel during the holiday, which is 1.2% less compared to last Independence Day.


Nearly 15,000 people are expected to fly out from Cincinnati /Northern Kentucky International Airport on Friday.

“Today will be the busiest,” said Kershner. “Yesterday was pretty busy and then next Friday, July 8 will be busy as a lot of those people who are traveling out today return back one week later.”

She said some of the most popular destinations for the holiday and summer are Florida and cities on the coast.

“West Coast, Seattle, Denver, we’re seeing a lot of people go to New York and for Fourth of July people go to Washington D.C.,” she said.

Before leaving for a flight, she encourages travelers to check the weather. She said it is one of the main reasons for delays and cancellations that have increased in recent weeks.

“During the summer, we see a lot of pop-up thunderstorms and those are not as forecasted as snowstorms,” she said. “So aircraft have to reroute and have to fly around those.”

Staffing has also been an issue with industry expecting pointing a shortage of pilots.

“There’s a lot of highly trained professionals in our industry and it takes a little bit of time to train those individuals back up,” she said.

In case of a delay or cancellation, she said it’s important for travelers to know their airlines re-booking options.

“Downloading your airline app so you can get those real-time notifications sent right to your phone,” she said. “If there is a delay, you can get that notification sent to you hopefully before you even leave home.”

Nearly 14,000 travelers are expected to fly through Columbus Regional Airport this summer, making it the busiest travel season since 2019.

Nearly 2.8 million travelers are expected to fly through the Cleveland Hopkins International Airport this year, which is up half a million from last year.

From checking weather and knowing options for re-booking, airports representatives agreed on making sure travelers arrive at least two hours before their flight.

“There are ways to work through that, so you want to make sure you have enough time for parking, if you’re checking your bag, going through security and things like that,” she said.