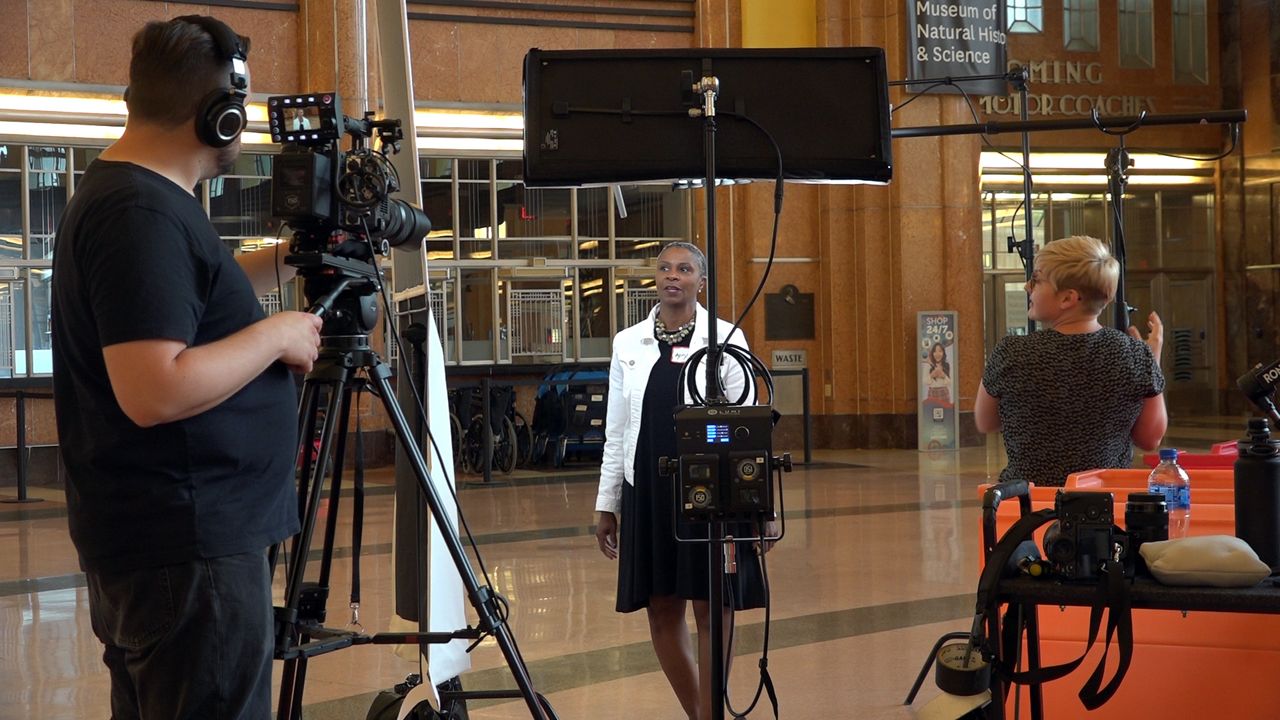 CINCINNATI — The largest voting block in Ohio is getting some help making sure their voices are heard by candidates running for office in November.


The American Association of Retired Persons has embarked on a five-city tour across Ohio, asking its members what they’re most concerned about when it comes to the issues.

“This is so important because we want to hear from older Ohioans,” said Holly Holtzen, state director of AARP Ohio. “They make up 60% of the voting block for typical elections, and candidates need to understand the issues important to them."

Holtzen and her team served box lunches and held focus groups at the Cincinnati Museum Center where about 50 AARP members shared their concerns. They also set up a camera where older voters could take part in a video that will be distributed closer to election time.

The doors were closed to Spectrum News 1's cameras, but some of the participants shared their concerns after the event.

“It was important for me to be here today because I am over 50,” said Eric Redman, an AARP member from Cincinnati. “Health is important. Retirement is an issue.”

Nicole Ware, from the Cincinnati office of AARP, said older Ohioans have one issue top-of-mind at the moment, especially given the troubled economy.

“The issues we’re hearing that matter most to seniors usually hit them right in their pocketbooks,” she said. Ware said issues surrounding affordable prescription drugs and health care are also important to AARP members.

“I’m most interested in issues dealing with the Medicaid/Medicare issues, medication problems,” said Sandra Perry, an AARP voter from Cincinnati.

Perry said she’s grateful to have time to attend events like this, and she appreciates the AARP listening and acting on her behalf.

“They provide a great lobby and support in Washington, and so I’m happy to know that I was a part of that today,” Perry said.

Ware said it’s well worth the effort to bring the members together and she has great respect for their initiative.

“It means they’re still invested in their future and the community at large that they would still show up, share their voices and not hold back,”  Ware said. “So it gives me hope about our future.”

The next stop on the “2022 Deciding Voices Listening Session” is Cleveland on July 13, followed by Portsmouth on July 21, Columbus on July 26 and Lima on Aug. 4.