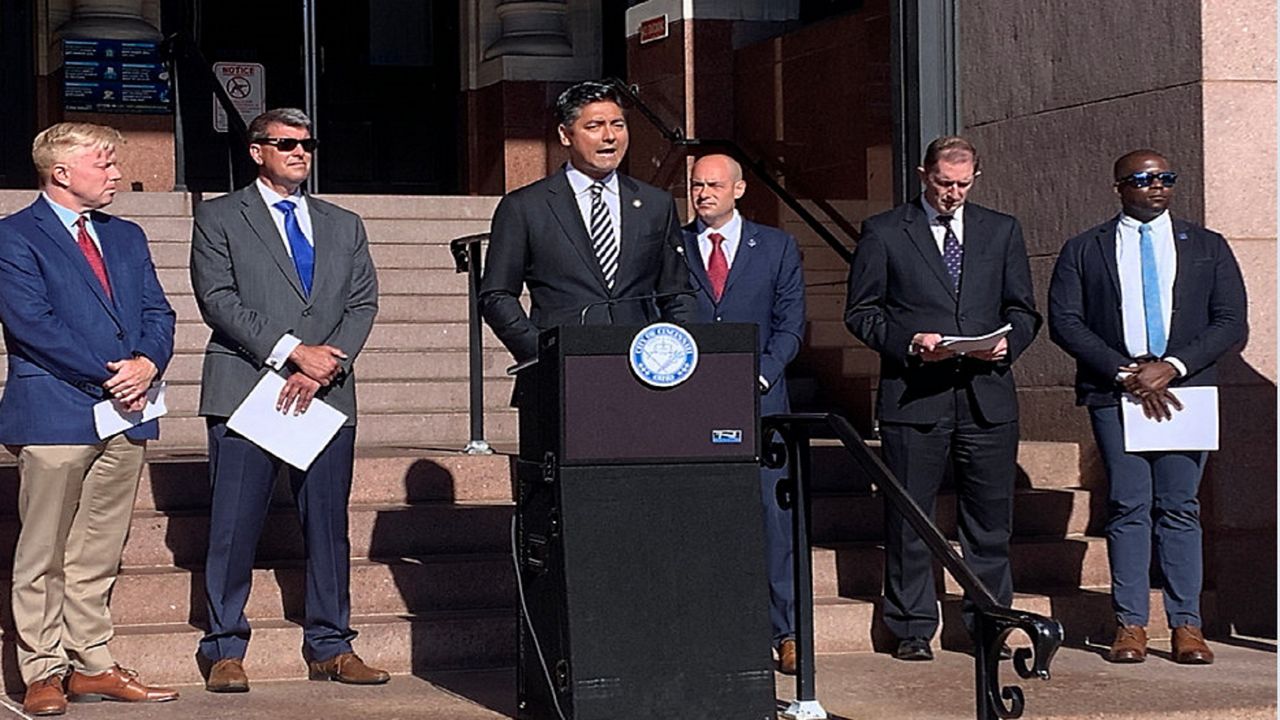 CINCINNATI — Last Friday, the United States Supreme Court announced its decision to overturn Roe vs. Wade. But cities across Ohio are working to help protect women’s right to choose.

On Monday, Cincinnati Mayor Aftab Pureval had a press conference to announce the city’s proposed initiatives to support city employees seeking an abortion. His first proposal was a travel reimbursement plan. It would cover health care services that aren’t available within 150 miles of the city.

“This is about helping to make sure our city employees have access to any eligible medical care that isn’t available here regardless of future state-wide laws,” said Pureval.

He also proposed to repeal an ordinance prohibiting the city from covering costs of abortions for employees. His administration is currently working on a report exploring opportunities to decriminalize abortions in Cincinnati.

“While these new policies are crucial steps for the protection of our employees and their families, we’re committed to doing everything we can to support the autonomy, equality and reproductive health of all women in Cincinnati,” he said.

Over a dozen people were there to listen to the mayor, council members, and city administrators speak. While some were happy to see the city fighting for women to get abortions, others weren’t so pleased.

“The fact that our elected mayor is trying to go above the supreme court of the United States of America- he has bought into the lie of abortions as well and it’s quite sad,” said Laura Strietmann, executive director of Right to Life of Greater Cincinnati. The Right to Life is a National anti-abortion organization.

During the conference Srietmann proudly held a sign that read ‘Is this a Choice or a Child?’. She’s says she’s upset with the mayor’s proposal to cover employee’s cost of an abortion.

“Our country has been living the lie of an abortion for 49 and half years,” she said. “Abortion is not health care.”

Streitmann says she’s curious to know how the travel reimbursement would be funded. She plans to work with her board president and lawyers to look into that. Instead of getting an abortion, she encourages women to seek her organization for help.

“Let us lift you up in a choice of life and help you,” she said. “We are here. We are ready. We are prepared to help all of the women who are finding themselves in an untimely pregnancy.”

Council will vote Wednesday whether to repeal of the ordinance prohibiting the city from covering the costs of abortions for employees. If passed, the interim city manager will change city employees’ health insurance plan to include abortion-related services.