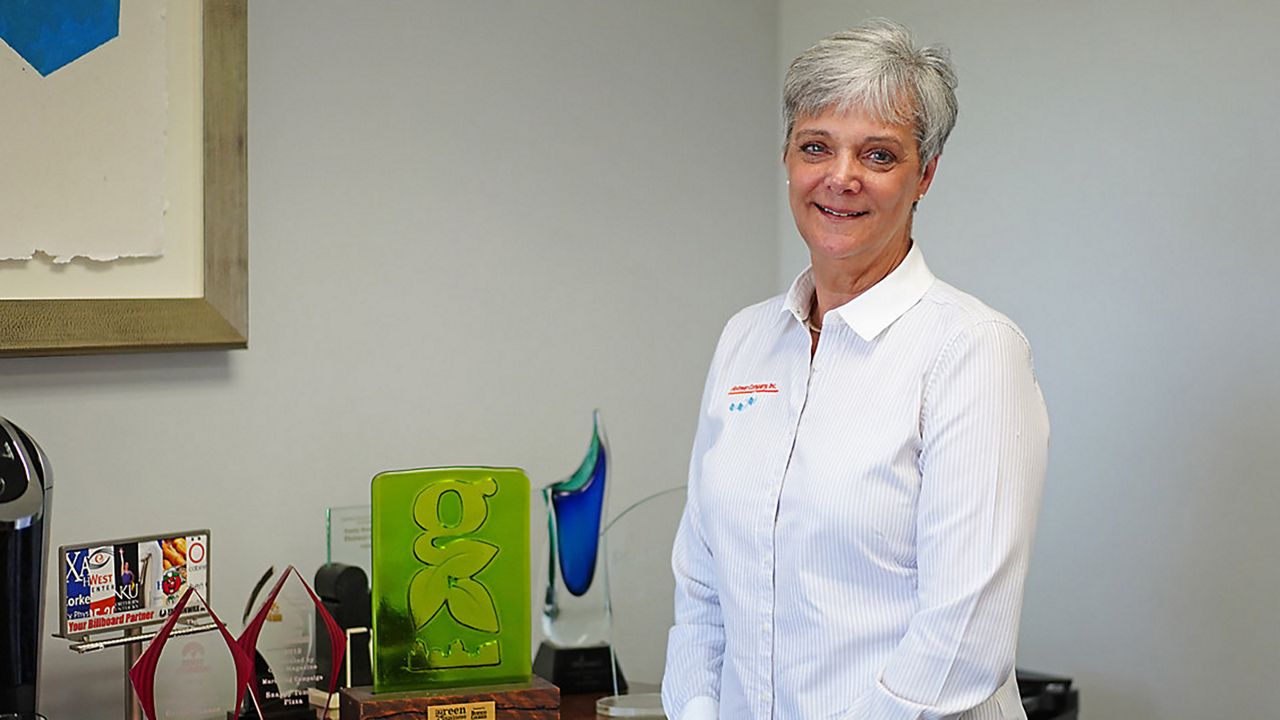 CRESTVIEW HILLS, Ky. — If you’ve ever opened a prescription that came with medical information folded up with the bottle, chances are those papers were printed by the Flottman Company, a Greater Cincinnati firm that’s been solving printing challenges for more than a century.


Leading them into the next 100 years is a female president who took over the daily business. Sue Flottman-Steller is leading a high-tech operation that pushes out paper products for companies across the country.

Flottman-Steller first developed a passion for printing as a pre-teen girl visiting her grandpa FE Flottman, who started the business in 1921.

“The business at the time was in downtown Cincinnati, and we would take the bus downtown (from their home in northern Kentucky). I was fascinated by the presses. It was one of the most interesting thing I’d ever seen—a big press and the noise that goes with it, and the floor vibrates a little bit, and it’s just unique,” she said.

Flottmann-Steller said the presses today are a bit quieter and don’t shake as much. Even more important: They’re faster.

“Years ago, when it was a handheld press or a hand-fed press, you’d do a thousand an hour and you felt like you were producing a lot,” she said. “Now the machines run at 10, 15, 20,000 an hour, and it’s exciting to watch what you can produce in that short of a time.”

While 70% of their business involves packaging information for drug companies, they have attracted clients in other fields as well.

“We do it for toy companies—any package that has information in it we do inserts that either get folded up and put in the package or it gets put on top of a bottle,” Flottman-Steller said.

Some of her favorite projects are creating mailers for nonprofits from across Greater Cincinnati.

“There’s nothing like watching a direct-mail campaign for a nonprofit come to fruition and become very successful,” Flottman-Steller said. “It’s very rewarding to be a part of that.”

Some of their products now aren’t even made with paper—they’re virtual.

“We also have an arm of the business that’s social media because we all communicate differently,” she said. “Today, we don’t just do ink on paper—we do it through computers.”

While Flottman-Steller and her brother, Peter, who is the vice president of production and chief financial officer, have embraced new technologies, they think their grandpa wouldn’t know what to make of all the innovations.

“I think he would be overwhelmed,” Flottman-Steller said. "I know my own father when he comes back. He walks in and he sees the computers and all of the equipment, it’s exciting to him, but it’s a little overwhelming.”

Flottman-Steller said at first, she had to prove herself, tackling what could have been an overwhelming job taking over the family business. She has some advice for others with big dreams.

“I would say the first thing is to believe in yourself and then the world will believe in you,” she said. “I think you need to decide where your passion is and look at your work as a career and not a job.”