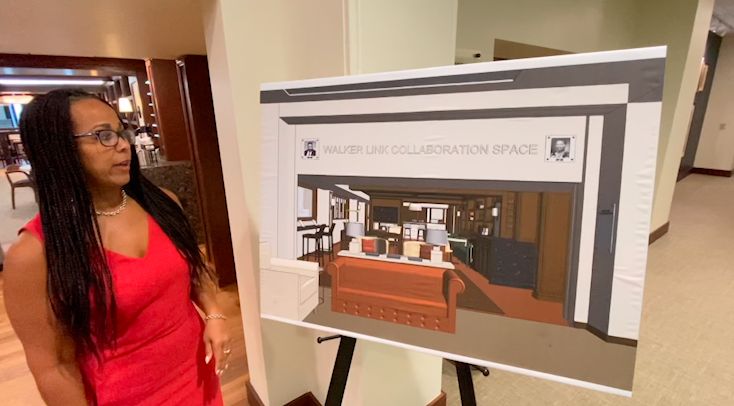 
Her mission over the last 20 years is to close gaps for underrepresented populations and create spaces of equity.

“The work that I get to do sometimes is just creating opportunities for people to come together so that there is a deeper understanding, awareness and sensitivity to who one is. So that way, you can not only advocate for yourself, but to advocate for the other,” said Talford Knight.

Talford Knight, a mother of two, is also a board member for the Central Ohio Diversity Consortium and has worked with community leaders to enhance Juneteenth and Pride Month celebrations.

“What was pretty great was the number of young people. The number of what we would have thought were children, that were participating—not only participating, but on the sidelines watching and clapping their hands. So this was a real conversation for my daughters and I, and that says a lot about our community,” said Talford Knight.

As Talford Knight looks forward to the next 20 years of her career in a city that continues to grow exponentially, she said at the end of the day, there's no hidden agenda when it comes to DEI. She said it's all about belonging.

“There is no level of intimidation here. There's no pushed agenda. It really is how are we creating belonging. What I say, when you do diversity, equity and inclusion, while you create a space for belonging, that's the outcome. But there's nothing like being in a community that's growing, where you know some of the nuances are who we are, right? Columbus, I believe we live out loud, we know who we are, we know the work that we need to do and we're not afraid of that,” said Talford Knight.