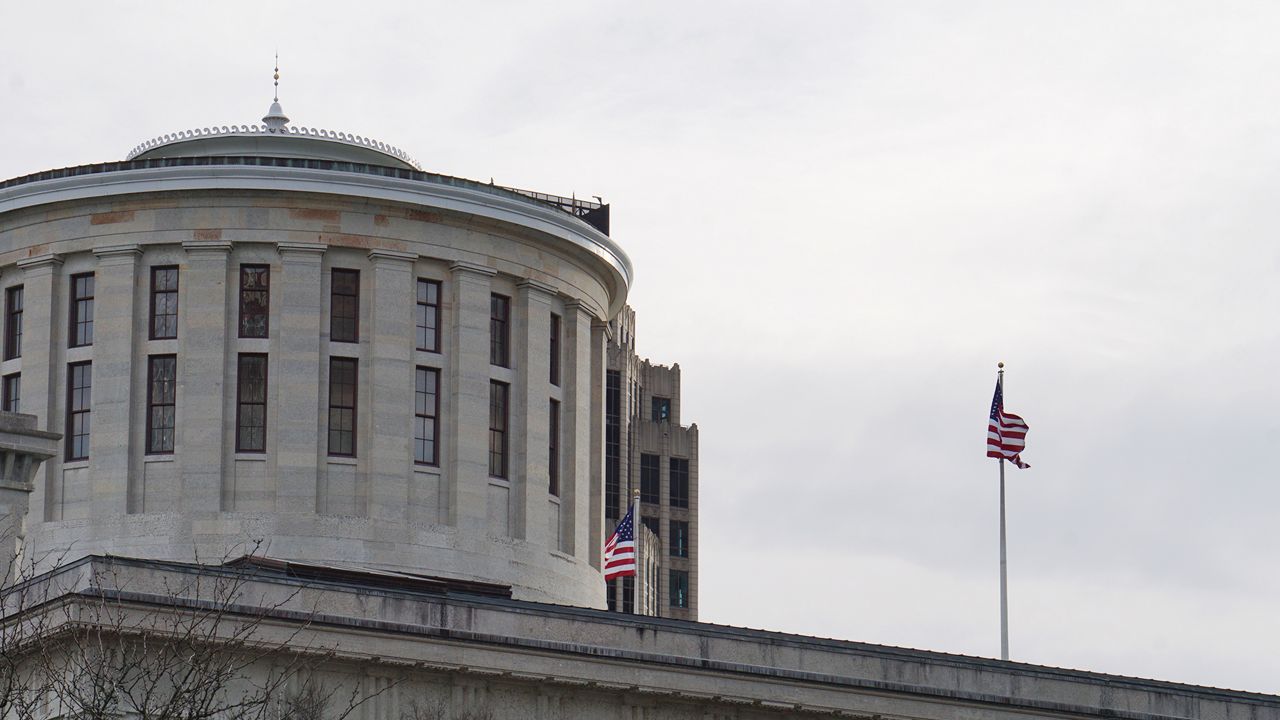 COLUMBUS, Ohio — To show why they should not be held in contempt of court, members of the Ohio Redistricting Commission finished filing responses with the Ohio Supreme Court on Tuesday.

The commission ignored the court’s order May 25 to draw and adopt new legislative maps.

Republicans, who refused to meet, said they were left with an “impossible choice.”

The Ohio Supreme Court told the commission to draw and adopt a sixth set of maps by June 3. A week before that, though, a federal court used the third set of legislative maps in the 2022 elections.

Those were the same Ohio House and Senate maps the Ohio Supreme Court ruled unconstitutional twice.

The federal court also officially instructed the state to hold a primary for legislative candidates Aug. 2, but Secretary of State Frank LaRose, R-OH, said new maps could not be implemented in time.​

LaRose said the issues raised “have already been exhaustively briefed in these cases and the relief they request is barred.”

LaRose said he “has not engaged in any contemptuous conduct and there is no basis to find him in contempt or order him to appear before this court.”

Ohio Auditor Keith Faber, R-OH, said he is only one ORC member and “acting alone he cannot compel the commission to take any action.”

Faber said petitioners “have not and cannot satisfy their burden to show that Faber should be held in contempt.”

Sykes and Russo said the Republican commissioners “should be ordered to show cause at a hearing as to why they did not comply with the court’s May 25 order. Ultimately, they will not be able to justify their utter refusal to comply.”

Sykes and Russo said they want the court “to impose a line that the Republican commissioners cannot cross.”

They said without consequences for breaking the law, the majority commissioners will not stop and will not give up their supermajority power. They will continue to “do what they want.”

“This court’s precedent, the structure and text of Article XI, and separation of powers principles prohibit the court from providing the requested relief to compel the Ohio Redistricting Commission (the ‘Commission’) and its members, including Respondents Sen. Robert McColley and Rep. Jeffrey LaRe (‘Respondents’), to legislate in any particular manner or on any particular deadline,” McColley and LaRe said.

McColley and LaRe said the petitioner’s narrative ignores the procedural posture and facts of the case.

“No matter how many times petitioners try to argue so, respondents and the commission have not unilaterally decided to ignore the court’s mandates,” McColley and Lare said. “Under the necessity of an electoral emergency facing the Secretary of State, Ohio’s 88 county boards of election, and most importantly, Ohio voters, respondents were given an impossible task.”

LaRe and McColley said the use of Map 31 for the 2022 election is necessary to ensure Ohio citizens may vote while the commission continues to try to meet the court’s standards under reasonable time constraints.

“They could have perhaps been taken such a conservative position on contempt because they thought it could impact the commissioner’s ability to work with the court in terms of implementing the court’s decisions. Obviously, they didn’t do that,” said Spectrum News 1 Legal Analyst Rory Riley-Topping. “And now with the federal court’s decision that is being implemented, we’ve seen again that finality, I think, could be something that is a little different and this is a way for the court to put their final stamp on things, so to speak.”

Republicans claimed it is also a separation of powers issue, claiming the Ohio Supreme Court, representing the judicial branch, cannot legally hold members of the commission, which comes from legislative and executive branches, in contempt of court.

Petitioners, including the League of Women Voters of Ohio, Ohio Organizing Collaborative and the National Democratic Redistricting Committee led by former U.S. Attorney General Eric Holder, all refuted that claim.

Topping said the court may want to issue an opinion on it because there is not settled case law around the specific instance of a commission made up of elected officeholders and because the state is going to continue going through this redistricting process after November’s general election.

“Obviously, we need new maps in 2024 and who knows what the process is going to look like in the future, it is possible that the court is going to want to set some clarity around whether or not elected officeholders in a position like an election commission can in fact be held in contempt,” said Topping.