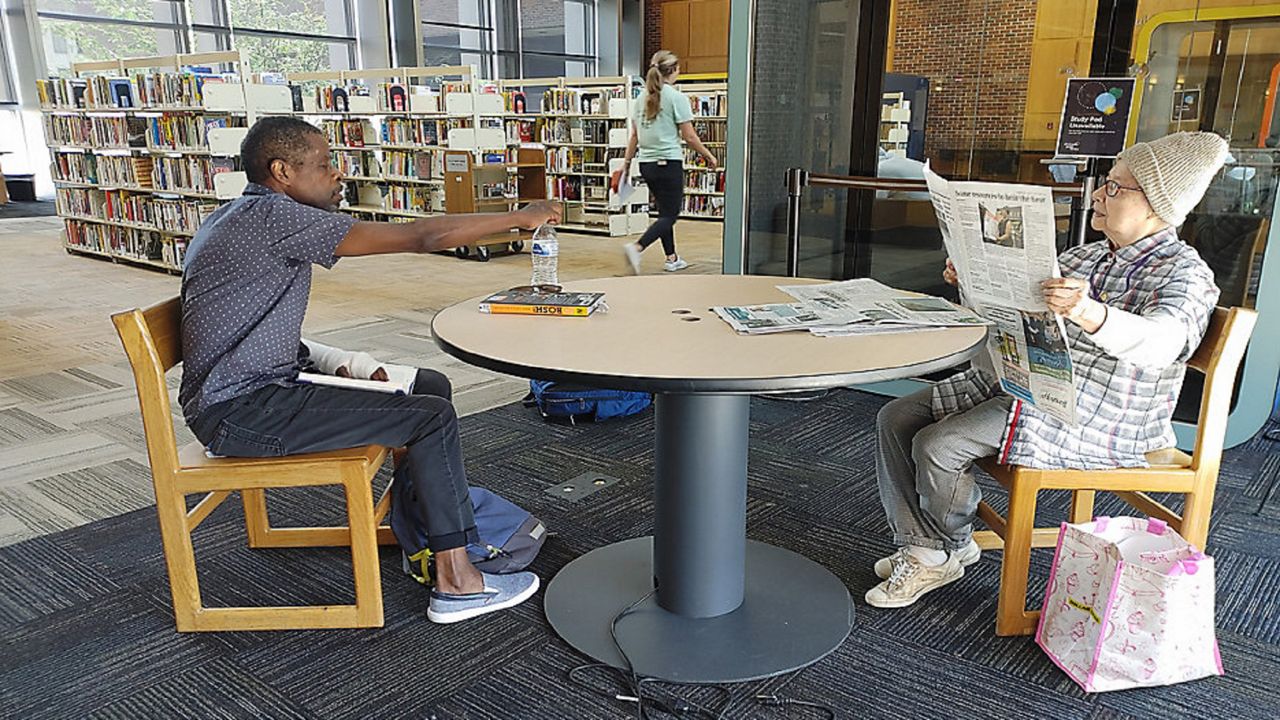 CINCINNATI — When the temperatures climb, so do the number of patrons at many libraries across Ohio.

At the Cincinnati Public Library, they reported an increase in visitors throughout Monday. The library staff has made it a mission to help people feel safe and welcome.

The library’s reputation for service was part of the inspiration for the film, “The Public,” directed and starring Emilio Estevez, set at the library’s downtown branch. The film was about a group of people experiencing homelessness who refused to leave the library on a cold winter night.

While the season may be radically different in June, the message and mission are the same, said David Siders, Coordinator of Civic Engagement.

“Here we are today on one of the hottest days of the year with dangerous heat indexes so we’re very concerned to welcome people in,” said Siders. “We want to help them find a refuge, a safe space, and a sense of belonging.”

Their work hasn’t just been noticed by Hollywood - but by many patrons, including some regulars who show up every day.

“They really go out of their way to make everyone feel comfortable - homeless or not,” said Eddie, a patron who seldom misses a day at the library. “They treat you right no matter where you come from, including children and elderly folks."

Siders said it’s part of the library’s core beliefs. “Your public library has strong values of empathy, community, connection and enjoyment,” he said.

The library offers free use of computers with internet access, including a Laptop Kiosk where patrons can check out a laptop using their library card and then go wherever in the public areas to surf the net.

“They can dig into a little privacy or find a spot that’s most comfortable for them while they use their computer and keep cool at the library,” Siders said.

While the technology attracts many patrons, some still come in every day to read a newspaper, like regular senior citizen named Mercedes.

“I am very grateful because of the staff and the people here and I know them just like friends,” Mercedes said.