AKRON, Ohio — If you live in Akron and want to share how you spend your days with about 9,000 people who are actually interested in what you do, you can sign up to take over Everyday Akron.

Everyday Akron is an online community on Instagram that was created by Akronite Rachel Whinnery in 2016. The popular channel offers fresh content just about every day because of its signature changing roster of hosts.

Hosts sign up to take control of the keyboard and camera for a week, giving followers a look into their unique perspectives on life, as they go about their business in Greater Akron.

“I don't want to call it a one stop shop,” Whinnery said. “But you get a little slice of Akron week after week, and you don't have to follow 52 different people. You can just follow Everyday Akron and get 52 different perspectives of the city each year.”

A University of Akron graduate, Whinnery started Everyday Akron after interacting with similar online communities that cover Cleveland and Charlotte. As a digital marketing professional, creating and managing Everyday Akron is in her wheelhouse.

But when Whinnery first told her friends, she thought the concept was pretty cool, she had no intention of launching the site for the Rubber City.

“But they just kind of turned it back on me and they were like, ‘well, you should start it,’” she said. “And, you know, so many years later, and so many followers later, it's here.”

When Everyday Akron originally launched it was Akron Peeks on Twitter. As Akron Peeks, the site started out well but then waned, so Whinnery gave it a break for about a year, she said. 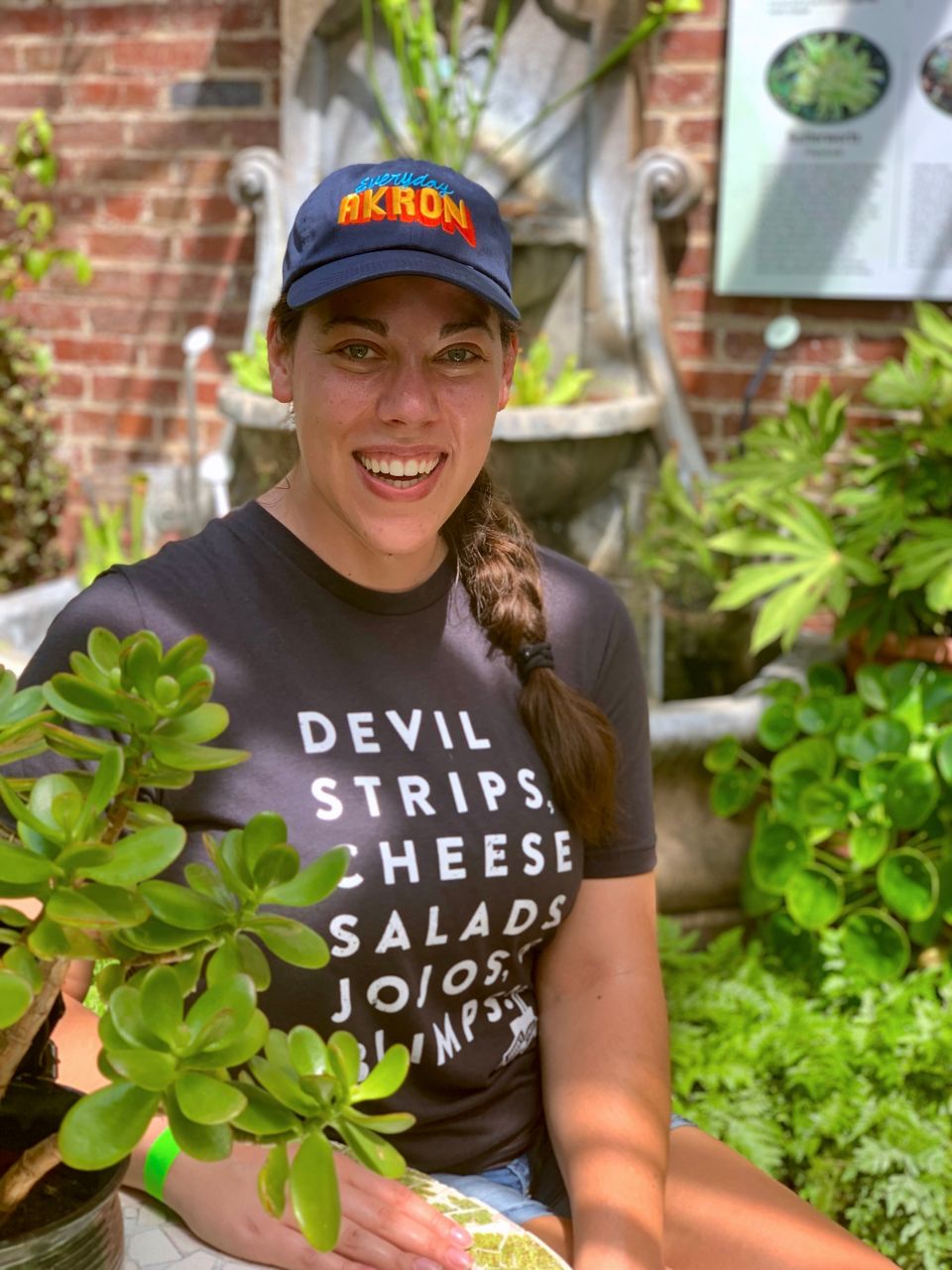 Once she was ready to get back up and running, copyright issues caused complications with the name Akron Peeks, so she decided to rebrand the site and really start fresh.

“Shortly after I changed it to Everyday Akron, it took off from there,” she said. “So it really was like a blessing in disguise.”

Since rebranding in 2019, the channel’s audience has continued to grow. Instagram followers now total more than 8,500, while Everyday Akron on Facebook has 1,400, Twitter has 1,700 and Everyday Akron Pets has nearly 1,200 followers.

Host slots for all of 2022 were filled months ago, so Whinnery said she’s building a wait list for next year. While there are no real prerequisites for being a host, anyone interested must fill out a short application.

She’s never had to turn anyone away, but she does conduct research to be sure she’s not booking spammers, she said.

Hosts, who run Sunday through Saturday, are asked only to follow basic guidelines, such as avoid blatant promotion. Whinnery does ask hosts to not be “a Debbie Downer,” but that doesn’t mean they can’t talk about the hard topics, she said. It’s more important to her that hosts are authentic. 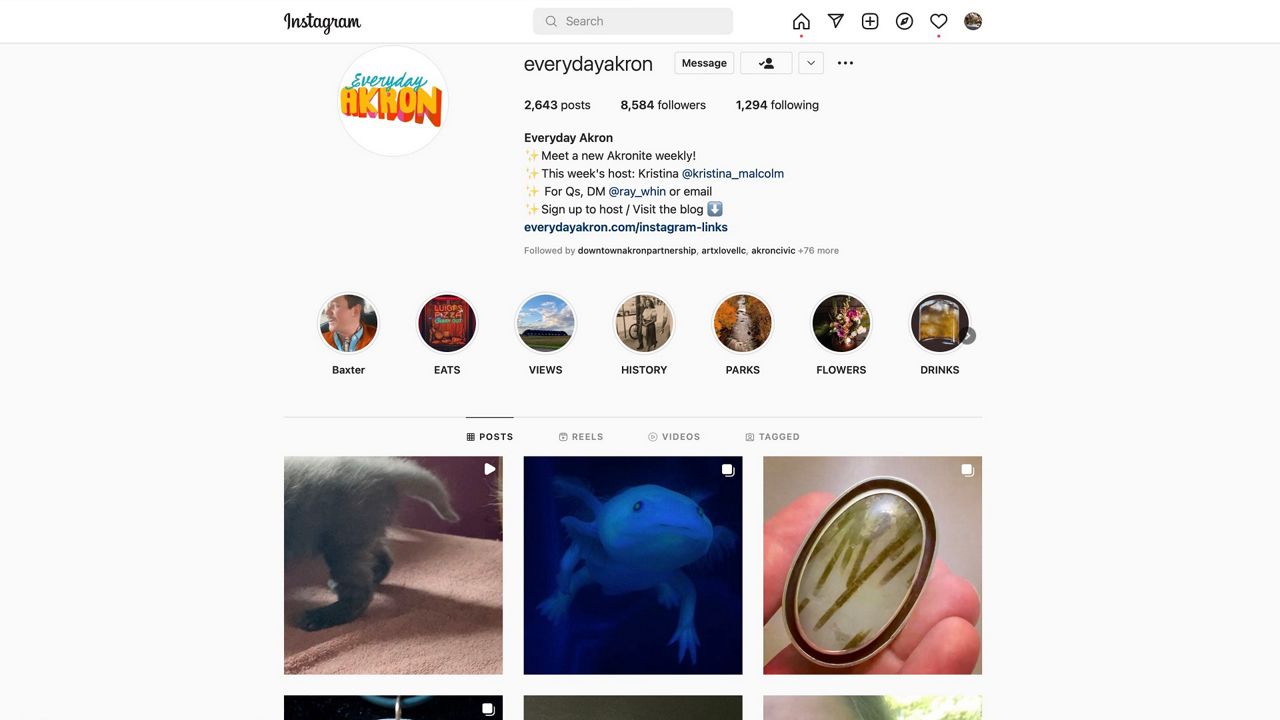 Slots to host Everyday Akron in 2022 were filled months ago and there's a waiting list to host in 2023. (Courtesy of Everyday Akron)

One thing Whinnery has found interesting is that people who tell her they’re too boring to host, or people she’s never heard of, sometimes are surprisingly great hosts.

“They do their week and it's incredible. That's happened more than once,” she said. “And you can tell that it's not just me saying ‘I like it.’  I can tell that the community is really engaging with them, which is really cool.”

Whinnery also writes and publishes her own Akron-centric stories, often “listicles,” with the most recent being a post of where to buy art to support Akron artists. She also publishes features on local nonprofits and small businesses. Entrants are asked to fill out a digital form and Whinnery does the rest, writing and publishing the stories.

Among her goals are to see Lebron James sign up to host Everyday Akron, and to reach 10,000 Instagram followers, because that enables advanced features like linking within stories, she said.

But in the bigger picture, Whinnery said she wants the channel to feature more diversity. 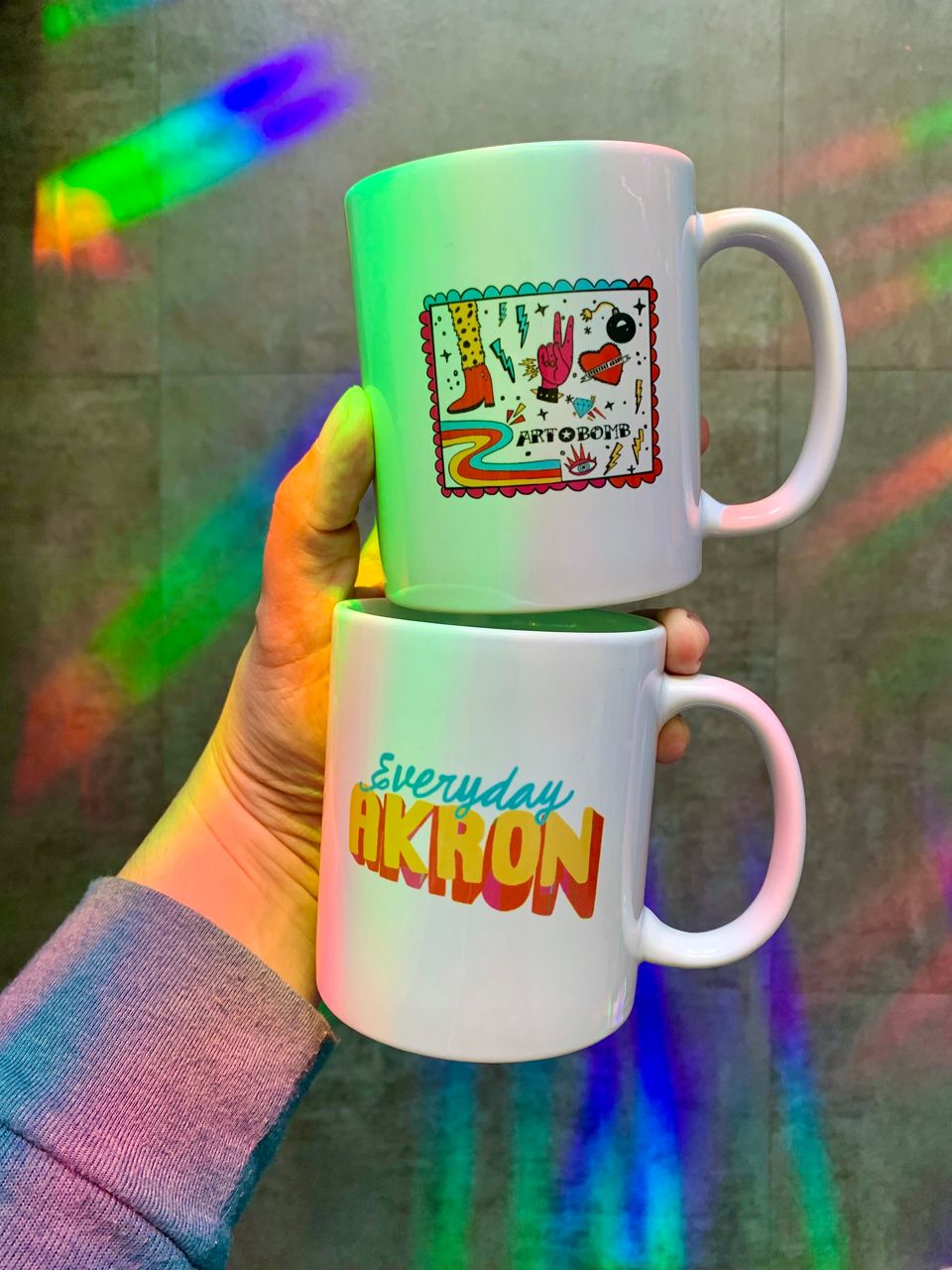 “Whether it's within the people who host or the places that are highlighted, or businesses in the different neighborhoods, even just different takes on a place or concept,” she said.

The pandemic also opened her eyes to the need for more people-to-people connections, she said. She would like to directly connect Everyday Akron followers with hosts or somehow take the whole connection offline into the real world through events she hosts.

“Because I've noticed that a lot of people sort of feel lonely or disconnected or isolated,” she said. “So just, you know, how can we bring everyone back together in a sincere way?”

Whinnery has lived in Akron since 2008 and although Everyday Akron enables her to interact with a lot of different people, she said she’s glad Akron still surprises her.

“There's always something new to learn, something new to experience in Akron, which is kind of mind-blowing with it being, you know, a small-big city as people say. There's still things to discover.”

Sign up online to take over Everyday Akron for a week.