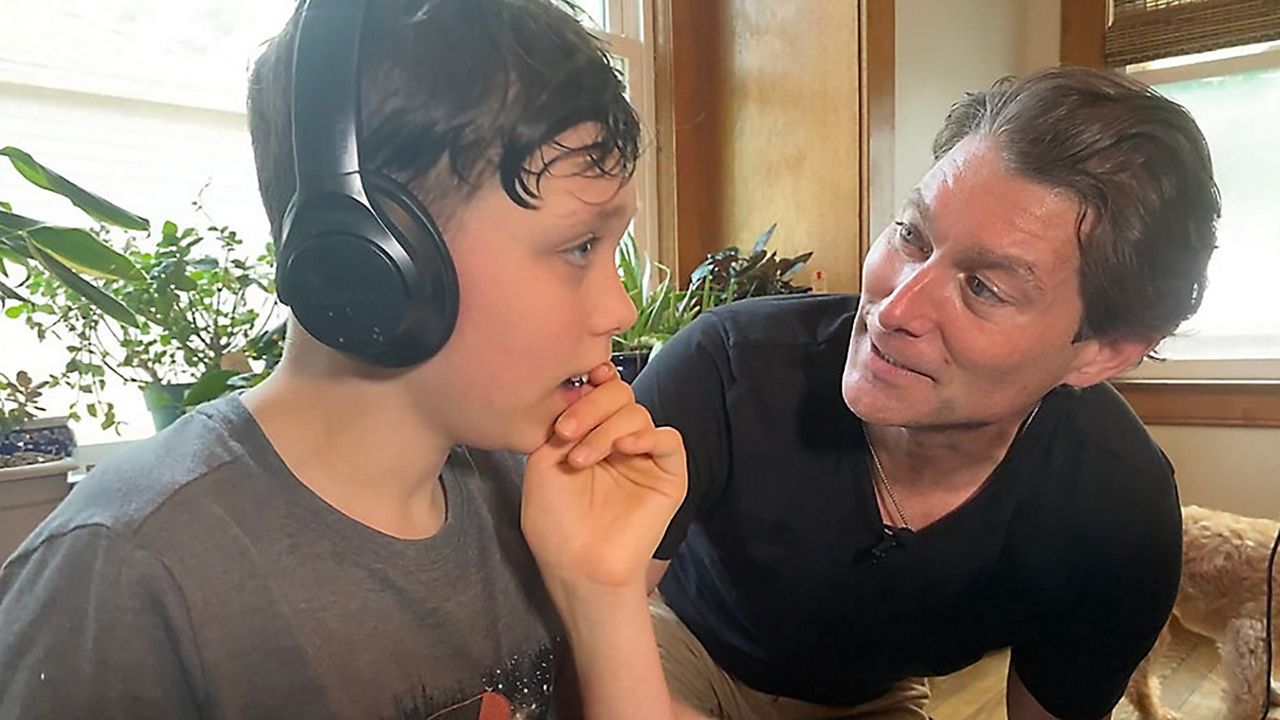 His favorite thing is playing in the water, especially in his backyard pool at his family's home in Lakewood.

“His anxieties are what cause so many of these behaviors, and it’s basically anxieties through autism whether it’s him not wanting to go to the bathroom, whether it’s the hyperfixation on foods," Joe said.

Doctors diagnosed Jameson with autism when he was 2. He’s considered nonverbal.

His dad said last year he stopped eating and lost a lot of weight. After spending two weeks in the hospital, Jameson left with a feeding tube.

“Hands down, the scariest and most stressful, really kind of awful time," Joe said.

Research has shown there is a link between gut health and autism.

According to Axial Therapeutics CEO Stewart Campbell, those drugs can come at a cost.

Side effects can include breast development in men, hormonal imbalance and significant weight gain.

“In some cases it’s almost like you’re trading the irritability for something else, and it’s really the lesser of two evils,"  Campbell said.

That’s why his company is working to create a viable alternative that’s now entering the next clinical trial phase.

The hypothesis is that their drug, AB-2004, can wipe out unhealthy substances in the gut that can get into the bloodstream. If those substances reach the brain, they can alter the way brain cells communicate which can cause behavioral issues, irritability, and anxiety for people with autism.

“The way that we’re trying to intervene here is to remove those substances from the gut before they have a chance to get in the blood and reach the brain and have their impact on behavior," Campbell said.

A potential medication that is not an antipsychotic drug has Dr. Nora McNamara excited. She is the clinical trial’s principal investigator at University Hospitals in Cleveland.

“If we have the opportunity to have the same or potentially even a better effect without nearly the toxicity, it could be really game-changing for a lot of kiddos and for a lot of their families," McNamara said.

“We are best friends and my buddy," Joe said to Jameson. "Yeah, my buddy.”

The Autism Study is actively recruiting for phase 2 of the clinical trial that is for teenagers with autism ages 13-17.

It’s happening at sites across the country, including here in Ohio at University Hospitals in Cleveland and Ohio State University in Columbus. Researchers are looking for 195 teenagers to participate nationwide in the eight-week study.

“So it’s a powder you take by mouth. It travels through your GI system. The drug never enters your blood stream. So it stays in your gut and as it travels through, it picks up these substances and you pass them in your stool and so, this is a very convenient way and so far it seems a very safe way to remove these substances," Campbell said.

Campbell said the drug is mixed in with food and has no taste or odor. The phase 2 trial is a blinded, randomized study that will include a placebo, low-dose and high-dose group.

University Hospitals is hoping to enroll 12 teenagers with autism who experience irritability in the study. You can find more information on how the trial works, if your child is eligible, and how to sign up here.

Jameson is 12 and has been seeing Dr. McNamara regularly for years.

“We’ve been trying kind of everything they say to try, but to find a way that’s actually more clinical and hopefully more successful, we’re super, super excited about and on board with. We can’t wait until he’s older enough to hopefully get into the study," Joe said.

Joe said raising a child with autism is not easy, but knowing a potential new treatment could make it easier for his son provides a sense of hope.

He said it all comes down to consistency and love.