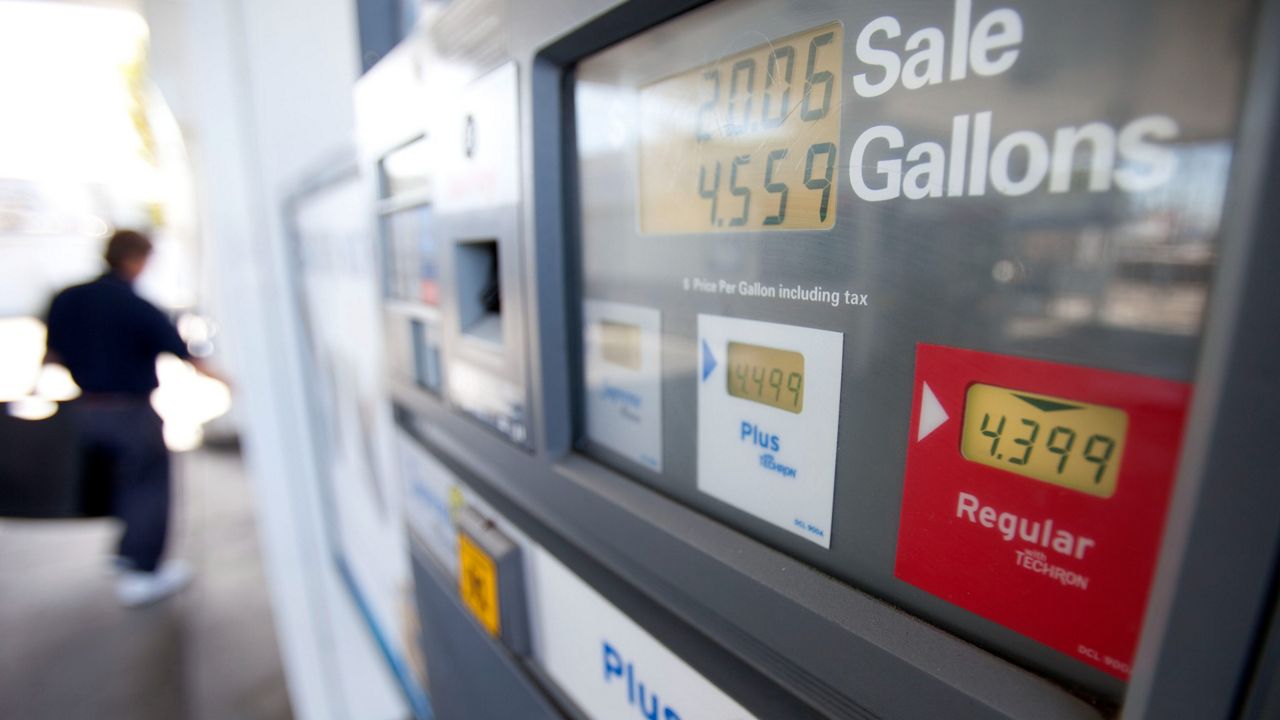 COLUMBUS, Ohio — Drivers across the country are paying near-record gas prices at the pump, and experts predict it will only get worse.

According to AAA, the average price of gas in Ohio today is $4.29 per gallon. While that is a tad lower than the national average of $4.43 per gallon, it is still a lot higher than most Ohioans can afford.

"I think everyone is very concerned about what they're seeing when they go to pay at the pump. I mean, if you're taking your kid to school, driving your car to work or even just going to the grocery store, you're feeling the strain of these rising gas prices," said Adrienne Robbins, spokesperson for the Utica Energy Alliance.

So what can be done? Several ideas have been floated by state lawmakers. One is suspending the state's gas tax. The 2019 Transportation Budget increased the tax by more than 10 cents per gallon, bringing the total tax to nearly 40 cents per gallon. State Sen. Steve Huffman, R-Tipp City, has said he wants to hold off on that increase for five years.

​"One thing we can agree on is the drastic increase is causing financial difficulties and stress on Ohioans, particularly those who have lower levels of disposable income and means. Due to the large amount of money Ohio is set to receive from the federal government, Ohio's roads and bridges will not be adversely affected in any way by this bill," Huffman said back in February.

Gov. Mike DeWine, R-Ohio, maintained Friday it would be a mistake to tinker with the gas tax.

"As much as that might be an appeal, it's a very small percentage of the amount that people are paying. And then in six months, when we're driving our cars and people see potholes and they see that roads are not getting fixed, I think they'll look back at me and say, 'Mike! Hey! That was kind of a trick you pulled,'" said DeWine.​

The Utica Energy Alliance represents Ohioans supporting the natural gas and oil industry. Robbins said a larger shift will be needed to change the tide of gas prices.

"What we would like to see is increased production. It's simple supply and demand. But to increase production, what these companies and what the industry is going to need is a strong message from not only the White House, but also Ohio's officials that natural gas and oil are going to be around for quite a while," Robbins said.

Meanwhile, the senior researcher at Policy Matters Ohio, a liberal think tank, said the question of how to bring down gas prices needs a long-term solution.

"That really means moving more towards electric vehicles, which can operate from a variety of sources, from renewable energy. If we invest to reduce that demand, fossil fuel prices will decline," said Amanda Woodrum.

As oil and gas costs soar, Congress is set to vote on a bill banning "excessive" or "exploitative" fuel prices. Attorney General Dave Yost, R-Ohio, said Friday while he does not see price gouging going on here, anyone caught doing it will be prosecuted. However, he is skeptical about government intervention in the marketplace.

"I'm old enough to remember that as a kid, President Nixon tried to do price controls. I'm just amazed that I am hearing Democrats talking about doing things that are Nixonian. It didn't work in the 1970s. It's not going to work now," said Yost. ​

AAA says the recent spike brings gas prices to a level Ohioans have not paid since May 2011. With Memorial Day Weekend approaching, that could mean tough decisions when it comes to some people's summer travel plans.